Look at All of These Cute Philly-Area Puppy Bowl Competitors!

Nine local dogs will vie for the Lombarky Trophy on Sunday. Who's a good doggy? 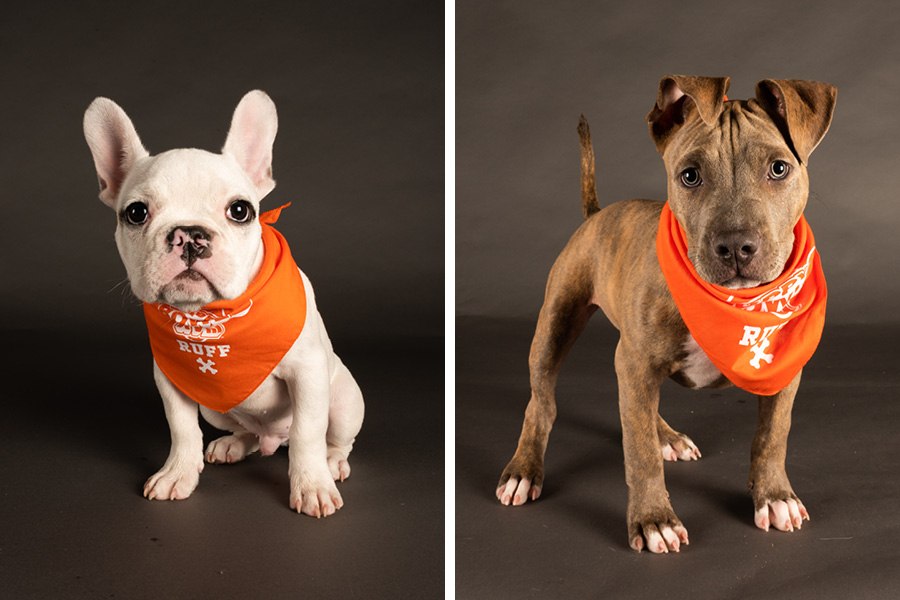 Moby from Harley’s Haven Dog Rescue in Perkasie and Tater Tot from Brandywine Valley SPCA in West Chester will compete in the Puppy Bowl. Photos courtesy the Puppy Bowl

No one expected to see the Cincinnati Bengals enter the Super Bowl stadium this year — but let’s not forget about the OG underdogs who’ll take the field for the 18th annual Puppy Bowl, our favorite bowl game to watch when our human team is not in the big game. (Ahem.) Beginning at 2 p.m. on Animal Planet and streaming on discovery+, the fluffy face-off is not only a welcome reprieve from the chaos of its counter-programming (which will air later in the day), but it also helps these adorable pooches find their forever homes.

Yet perhaps the real reason to watch is so you can get your Philly football fix, sans Eagles: Nine dogs from local shelters and adoption centers will be competing on Teams Ruff and Fluff for the coveted Lombarky Trophy. (In 2020, for comparison, only three Philly pups made the teams.) 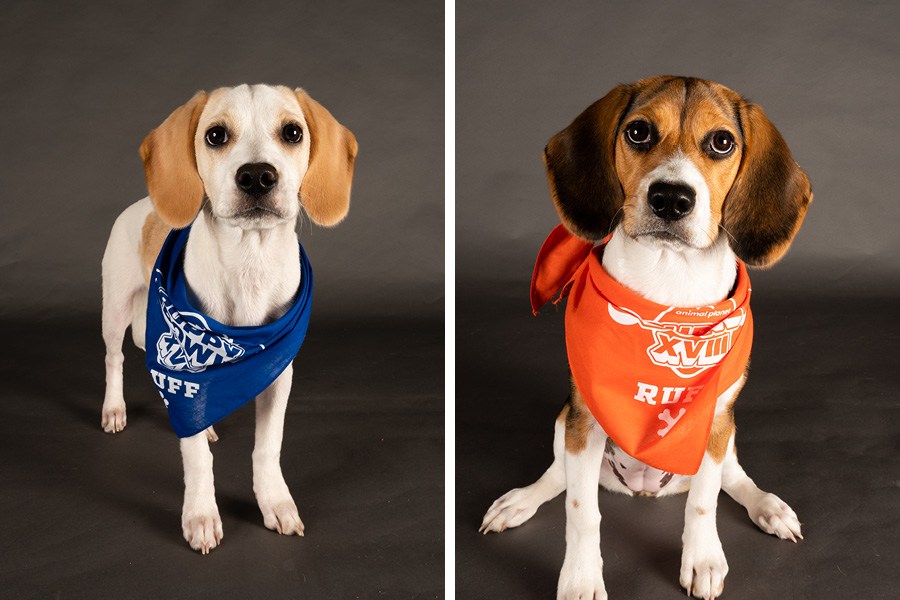 Blondie and Missy from Providence Animal Center in Media

In the starting lineup (and captain) for Team Ruff is Moby, a feisty Frenchie from Harley’s Haven Dog Rescue in Perkasie. The pup has a cleft palate, plenty of grit and some attitude — check out his evil eye in the first clips from the bowl. 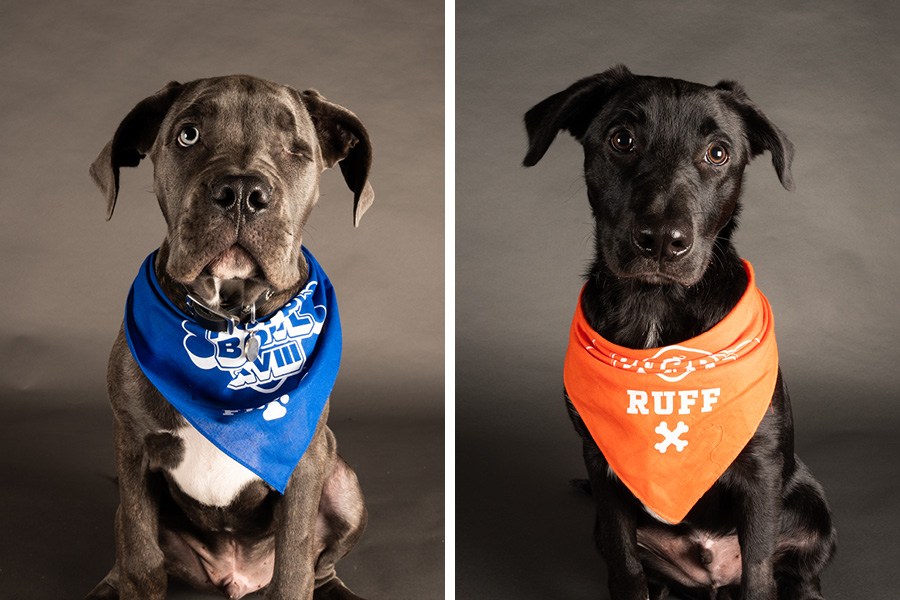 Four other woofers will join him wearing the Tail Mary Tangerine bandanas of Team Ruff: Bitsy, a Chihuahua/dachshund mix from the Delaware Humane Society in Wilmington; Missy, a beagle/Australian cattle dog mix from Providence Animal Center in Media; Tater Tot, an American Staffordshire terrier/pit bull mix from Brandywine Valley SPCA in West Chester; and Pops, a border collie/Labrador mix from the Center for Animal Health and Welfare in Easton.

As for their competitors? They’ll don Bark Blue for Team Fluff. Basset hounds Watson and Dinozzo (who’s now called Elvis) hail from Tri-State Basset Hound Rescue in Deepwater. (Unfortunately for you, both have already been adopted.) 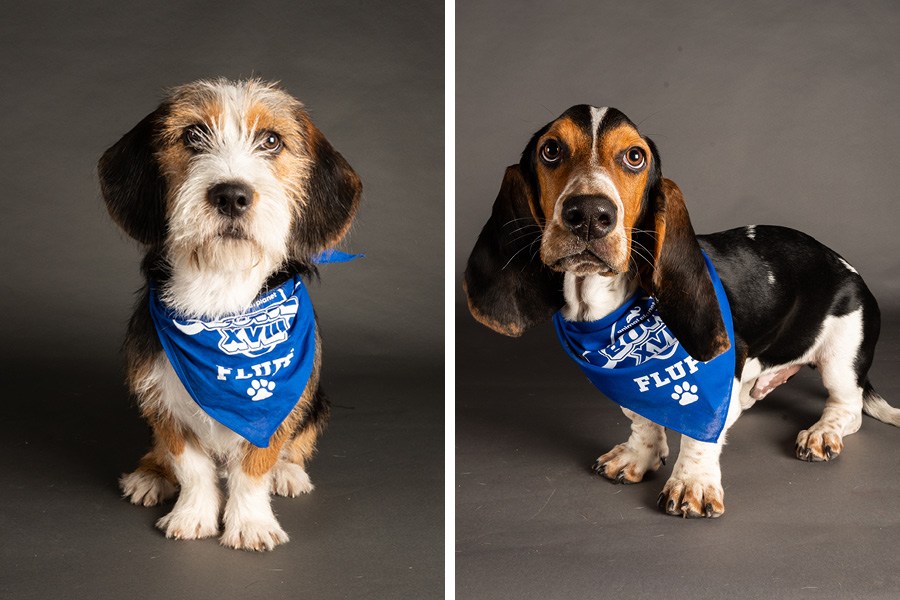 Dinozzo (a.k.a. Elvis) and Watson from Tri-State Basset Hound Rescue in Deepwater 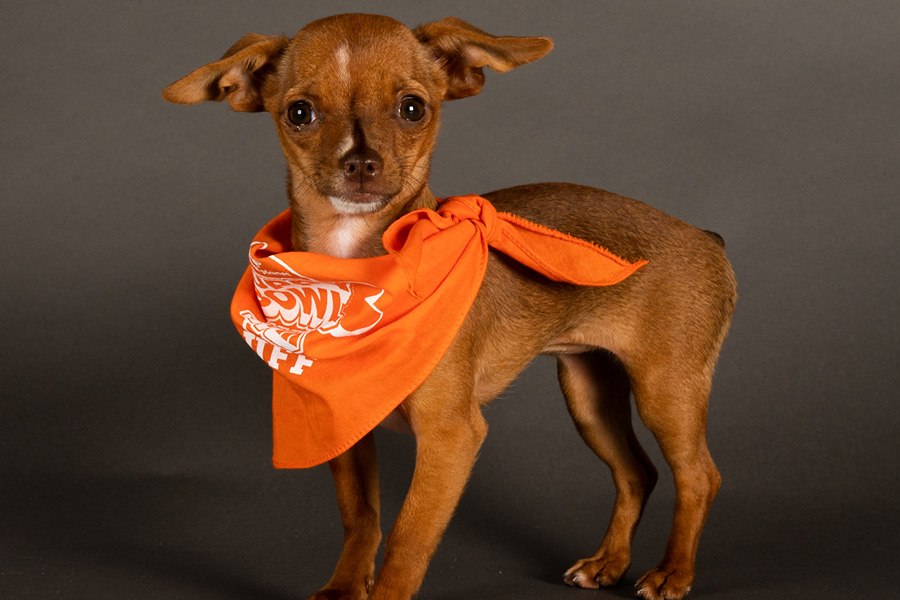 In total, some 118 dogs from 67 shelters in 33 states will participate in the day: 103 will play, while the other 15 will, um, cheerlead. (Browse the full “player” roster here.) And Snoop Dogg and Martha Stewart will host and coach their puppy players until the final furry score.