From the Declaration of Independence to red gravy to our own Bridge of Sighs, all the ways the Old Country has made its mark on these parts. 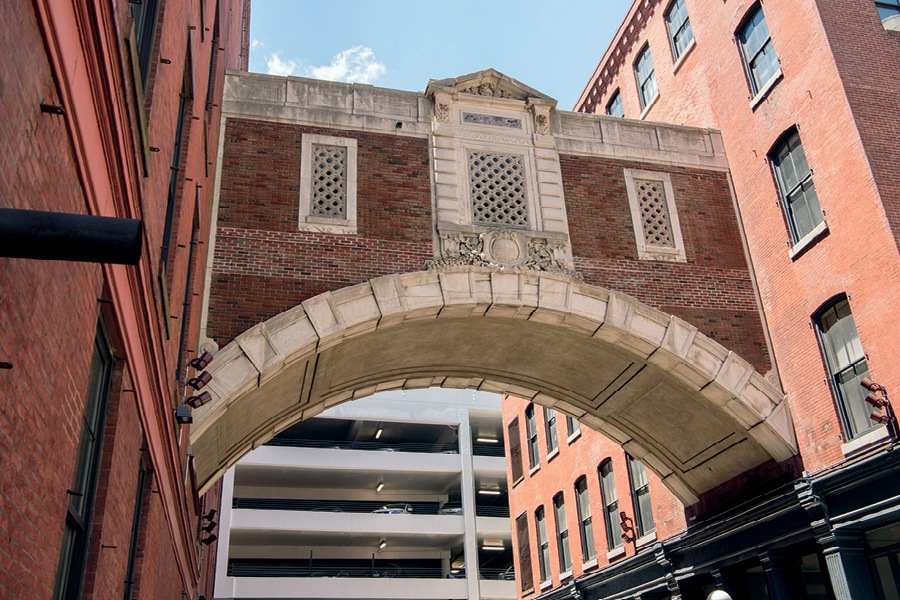 Philly’s very own Bridge of Sighs, connecting Lit Brothers to its warehouse. Photography by Giorgio Martorana

This city’s Italian roots run deep, and a new book out from Temple University Press, The Italian Legacy in Philadelphia, does a thorough job of tracing them, from the Palladian villas that stud Fairmount Park to South Philly’s opera virtuosos to Henrietta Wurts, the local heiress who left her immense art collection to Benito Mussolini. 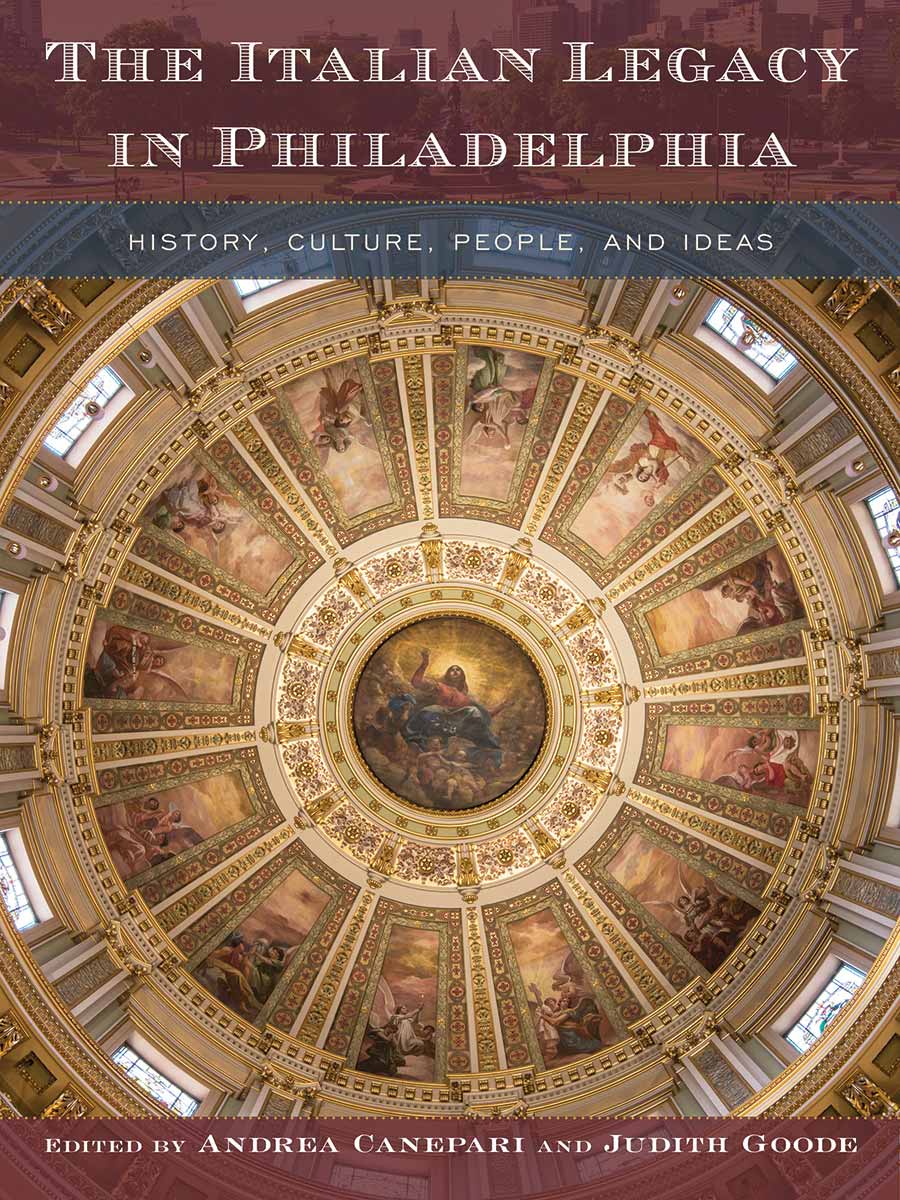 Edited by former consul general of Italy in Philadelphia Andrea Canepari and Temple professor Judith Goode — and with a foreword by politician Joe Torsella — the book presents a series of themed essays by assorted writers, organized by topics like “Independence and Early Republic” and “Made in America.” Some of the topics (and writers) are more engaging than others, depending on the reader’s interests and tastes, but sections on the Italian influence on local gardens, the Union League chef who guided a city’s nascent tastes, and why there are so many Jesuits in Philly are fascinating, as is Goode’s fond chapter on the power of “gravy.” And the photographs of everything from the Academy of Music to the Italian Market are stunning. (Buy this for yourself if you don’t get it for Christmas!)

Here are just a few tidbits from the book’s vast menu, to whet your appetite.

A book by a 26-year-old Milanese legal reformer, Cesare Beccaria, published in 1764, became a worldwide sensation and was closely studied by the founders of the American republic, including Benjamin Franklin, John Adams and James Madison. Beccaria argued in favor of clearly written, intelligible laws that could be understood by the common people and was a vehement opponent of the death penalty. Thomas Jefferson’s revision of the laws of Virginia “to place them on a rational, enlightened and republican foundation,” undertaken just after he wrote the Declaration of Independence, was greatly influenced by Beccaria. 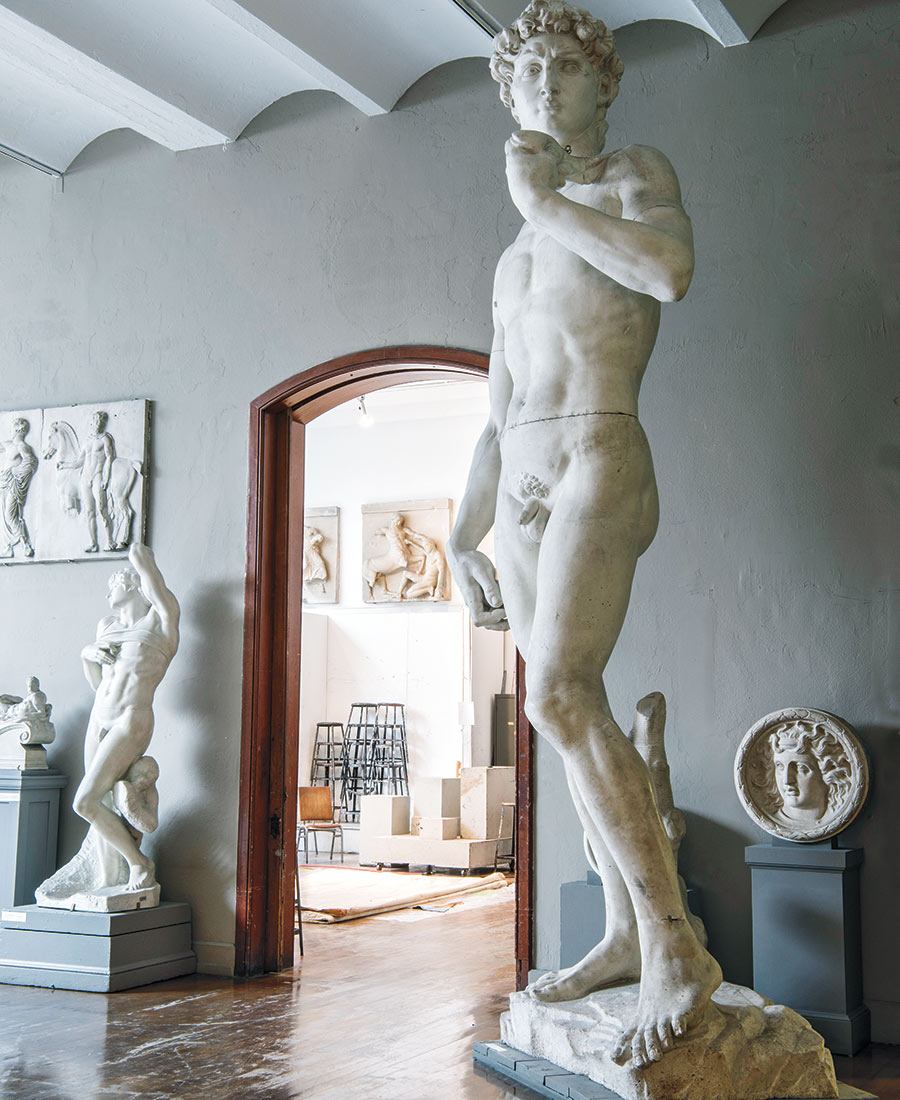 PAFA’s copy of Michelangelo’s David is every bit as handsome as the original.

From Albert Gury’s chapter on the Pennsylvania Academy of the Fine Arts:

A centerpiece of the collection, and very popular with students and visitors, is Michelangelo’s David. The approximately seventeen-foot-tall exact replica of the original, unveiled in Florence in 1504, was a gift to PAFA in 1988. Originally commissioned by the John Wanamaker department store in Philadelphia, the cast was intended to be the focal point of an Italian products exposition at the store. Never used because of its immense weight, over 3,000 pounds, the statue was too heavy for the store’s floor. … The beautiful cast was stored in pieces in the department store’s basement until it was offered to PAFA.

From Inga Saffron’s chapter, “Recalling Italy in Bricks and Mortar”:

The Bridge of Sighs (Ponte dei Sospiri) owes its poetic name to the English poet Lord Byron, who imagined the convicts sighing as they took their last look at Venice through the bridge’s grated windows. The white marble structure is considered a masterpiece of Renaissance design. Philadelphia has its own loving replica of the Bridge of Sighs, but it is unlikely to attract any tourists. … Philadelphia’s Bridge of Sighs is tucked away in a gritty alley on the edge of what was once the city’s main shopping district. Completed in 1912, it was built to make it easier to haul men’s suits and ladies’ dresses between the former Lit Brothers department store on Market Street and its warehouse on Filbert Street.

And finally, my new hero, from Lisa Colletta’s chapter on “Philadelphia Society and the Grand Tour”:

The illustrious Paul family, with its history of cultured gentlemen doctors, spawned James Paul, better known as “James the Marquis.” Sent down from Princeton for “idleness, too much smoking, and the reading of French novels,” he was allowed to return only upon renouncing those pleasures. Surprisingly, he graduated from Princeton and went on to pursue a medical degree. The reward for his diligence was a grand tour, paid for by his father, during which he not only tasted the pleasures of Paris and Rome but returned with the “largest consignment of French novels ever to enter the country.” He spent the rest of his life smoking cigars, reading French novels, and lunching at the Philadelphia Club, but never practicing medicine.