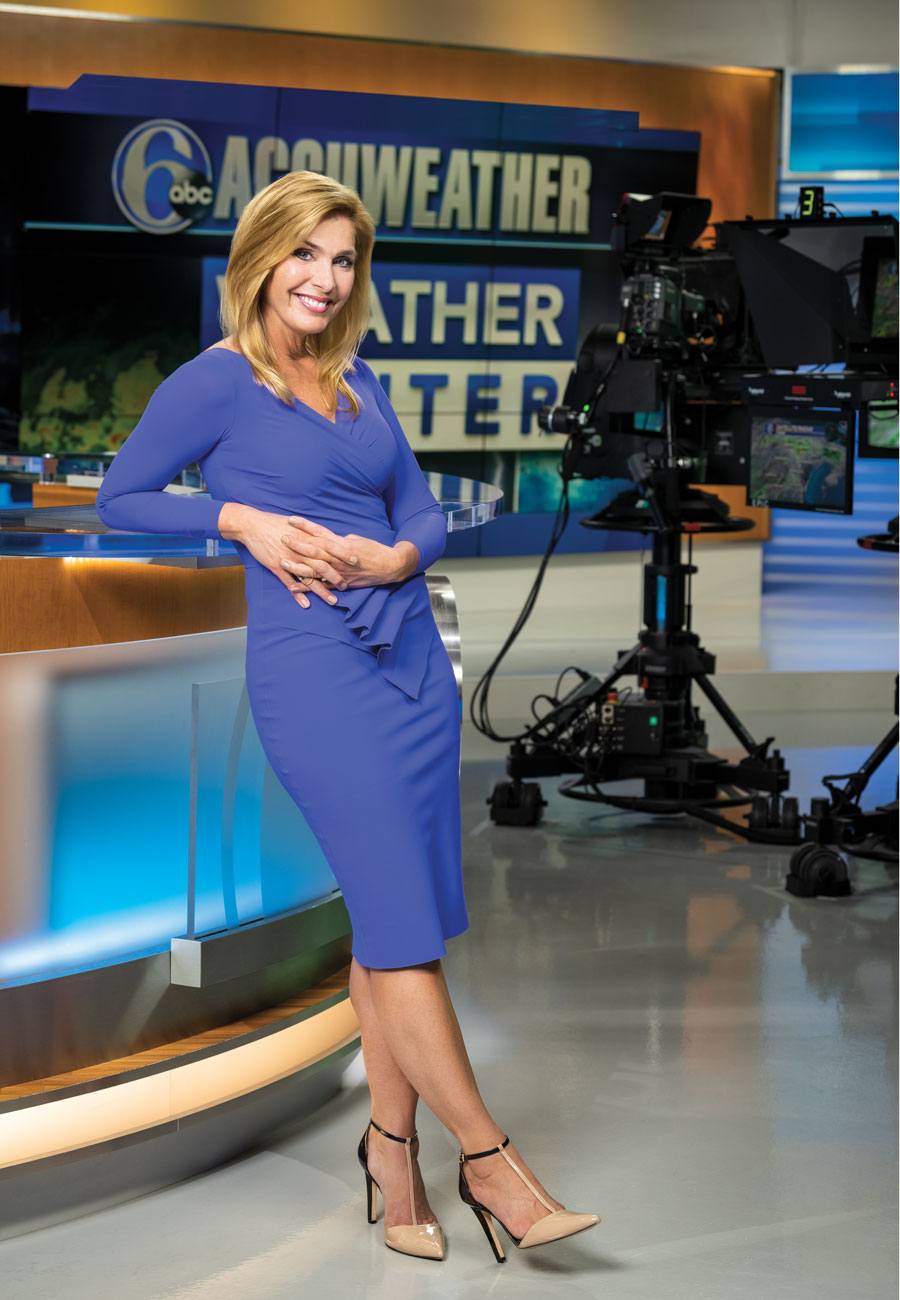 It’s December, so there’s really only one thing on a Philadelphian’s mind: snow. Sleet. And snow. South Jersey resident Karen Rogers talks waking at ungodly hours, how she feels when she gets the forecast wrong, and whether she could beat Cecily Tynan and Adam Joseph in a race. Oh yeah, and snow.

I’m horrified to ask: What time do you wake up on workdays?
[Laughs] I sleep until around 1 or 1:10 a.m. I try to squeeze in a few extra minutes every few days by not washing my hair. By 2:45 a.m., I’m in the office in Bala Cynwyd after driving in from South Jersey, where I was born and raised.

Congratulations on your recent promotion following David Murphy’s retirement, though I’m unclear on what’s different now.
I think a lot of people are confused, including some family members, who, I now realize, have never watched… [laughs] I used to do traffic and some weather, with Dave being the main morning weatherperson. And now, I’m exclusively focused on the weather.

How did you wind up doing traffic, which seems terribly boring as a job?
I actually started at 6 ABC in 1995 and became a reporter. I decided to go to school for meteorology in 2004, and during my first year of school, I started doing traffic. I wound up going to school for three years at night for meteorology while working full-time at the station. While I was in school, I had a surprise pregnancy in 2007, and I was literally nine months pregnant when I took the cumulative meteorology exam.

What’s it like being on TV every day in front of all those viewers?
The best way to do it, frankly, is to forget you’re on TV. Look at the camera like you’re talking to a friend. The thing that disturbs me most is that I’m surrounded by video monitors showing me me. It’s not a part I enjoy. I try to tune it out, or you become too nitpicky. I’ll wind up fixing my hair or adjusting my dress in the middle of doing the weather. I don’t like to look at myself around the clock. Having a mirror wherever you go is not always the best thing.

And being a woman, you have to endure trolling when somebody doesn’t like your dress or new haircut or whatever.
I am really shocked that people will take the time to reach out and say they don’t approve of my dress. Don’t get me wrong: There is far more good than bad. But just the other day, somebody said the dress I was wearing was too short. What’s funny is that I was very covered up, a high-necked old-fashioned thing, and I was wearing pearls. And this person suggested I shouldn’t have children because I’m a bad role model. I was shocked. I doubt anyone is offended by Jim Gardner’s tie or commenting if Matt O’Donnell wears the same suit twice. 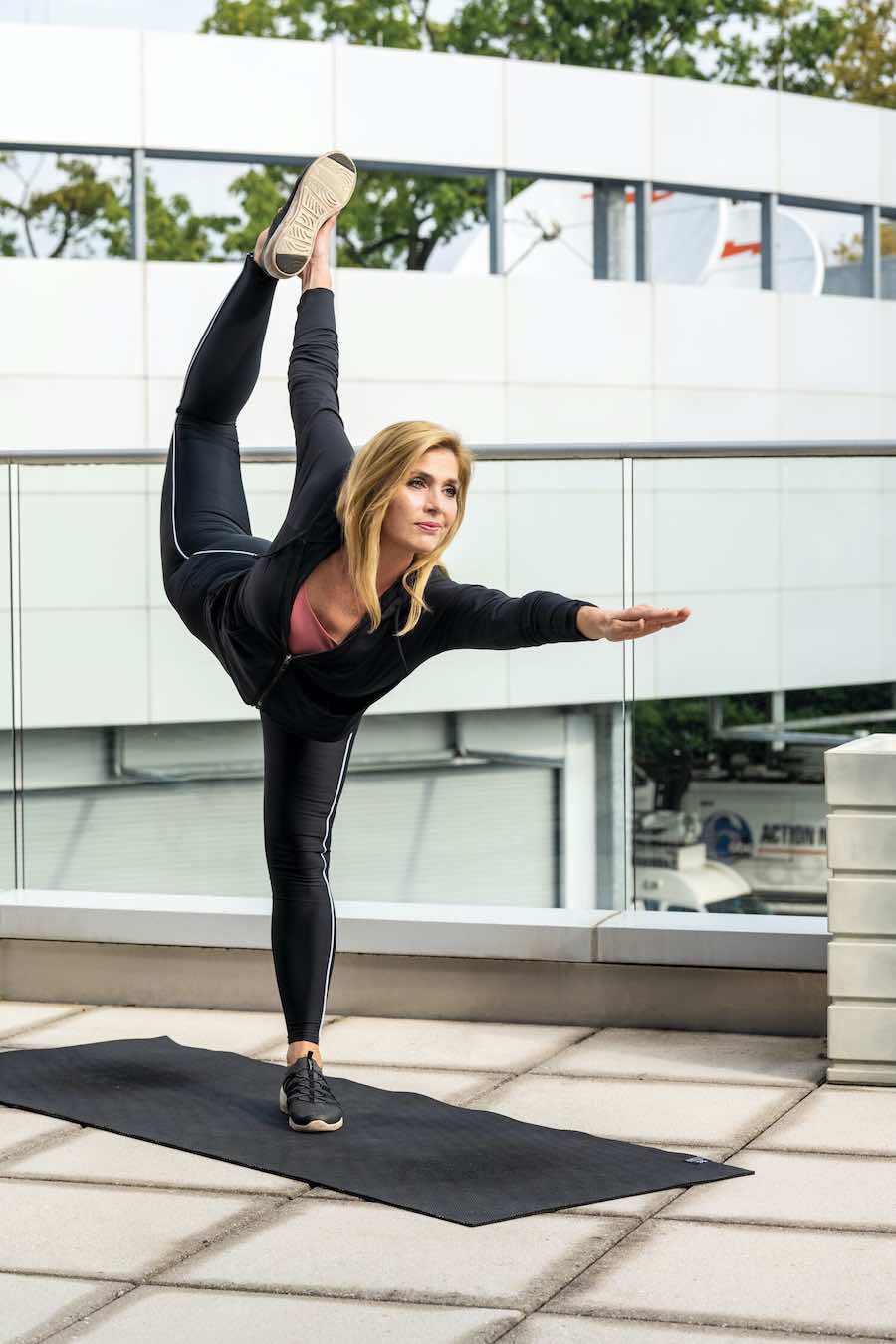 I’ve seen Cecily Tynan engage the trolls. Do you?
I try my best to never respond. I block people left and right. I’m trying to create a world that I like, a world that’s positive. I try to stay upbeat, but then I go online and see people who like to spread hate, and those people are really not people I let in. I block them. It’s not a democracy. It’s my social media.

How has the job changed over the years?
In so, so many ways. It has become much more … intense. We used to be on at 5 a.m. Then 4:30. Then 4. Then adding an extra hour of a streaming newscast from 7 to 8 a.m., and we do cut-ins on Good Morning America until 9 a.m. During commercial breaks, I’m posting on social media. We’re not just on television anymore. We’re trying to be everywhere. And it used to be that we’d do the weather at the top of each half-hour, but now we’re on every couple of minutes all morning long.

Let’s get down to brass tacks, Karen. Is it going to snow on February 12th or not?
[Laughs] I have to tell you that people start asking me about next winter in April. We are actually very cautious. You may notice that some people, especially some of these people online who do forecasts, like to forecast two weeks out: We could get 10 inches 10 days from now. We try to be careful not to do that.

Last year, Hurricane Schwartz announced he wouldn’t do the long-range winter forecast that he was the first to do in this market, because due to climate change and the unreliability of historical models in light of that, it’s impossible to have a reliable long-range forecast. Would you agree?
I think it’s always been difficult to make those forecasts accurate.

What was the biggest weather event you’ve been here for?
I was working here in the programming department for the blizzard of 1996. For the remnants of Hurricane Floyd in 1999, I was reporting from outside people’s homes that were just completely flooded out. For Superstorm Sandy in 2012, we were on constantly. Around the clock. And, of course, what just happened recently with the flooding in the city. None of us had ever seen anything like that.

Do you prefer doing weather from the studio or doing the on-the-street reporting you used to do?
It’s so different. I spent a lot of time in those days watching people take Grandma’s Christmas ornaments out of their flooded basements. So sad. During so many snowstorms, I was outside Wawa, talking to people all day and night. Those were some fun times. People would joke with you and bring food and coffee. When something like that happens in Philly, there’s a real spirit in it. 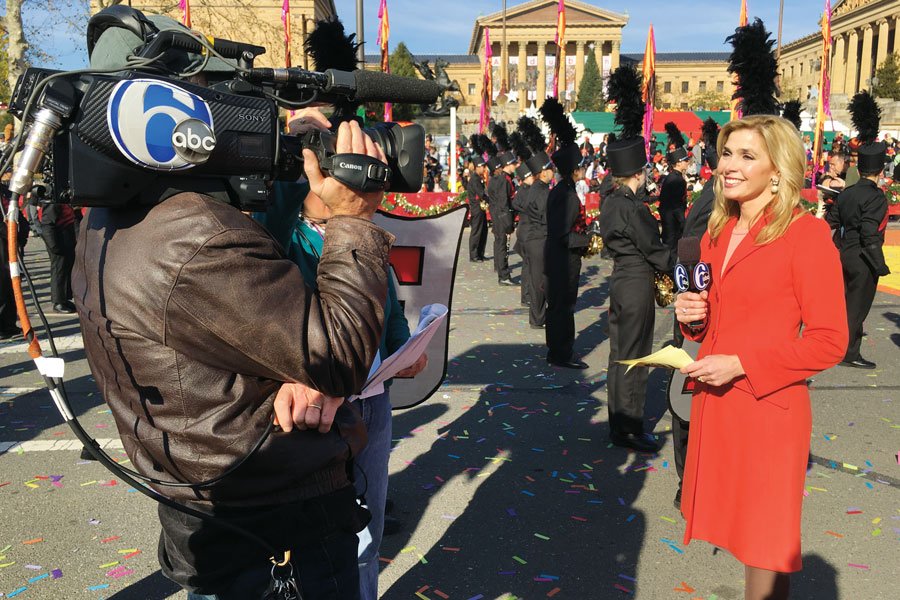 The most common critique I hear about meteorologists is along the lines of: I wish I could get paid that much money to be wrong most of the time. But you’re actually right the vast majority of the time, correct?
It’s just that people only remember the mistakes. It’s hard to heal from those mistakes. I think that people may not realize how desperately we care when the forecast is off. We get that it affects people’s lives. You say it’s going to rain at the Shore, and suddenly people don’t go to the Shore, and that affects the businesses at the Shore. The forecast is wrong sometimes, but I’m not sure if people know what’s going on behind the scenes. Sometimes weather models don’t tell the whole story.

And you predict four inches of snow for tomorrow and suddenly the panic-shopping begins at Acme.
Four inches? [laughs] Two inches. It really just takes a couple of inches for that to happen around here. But then when we say there’s a potential for flash flooding, people ignore us and get caught in it. Tornado warning? People are still eating at the restaurants with their phones going off with tornado warning alarms. They don’t change their lives. We need to make people more weather-aware and make some impact there.

Why are Philadelphians so obsessed with the tiniest amount of snow?
I don’t know. My family in Vermont laughs at us.

When anchors sit at the desk and tell us the news each night, they are reading stories off a teleprompter that were reported by others. Are you actually analyzing the weather or just reading somebody else’s summation of what the weather will be?
I’m a meteorologist. I’m analyzing everything that’s happening. We don’t have weather “producers” on the morning show. When I’m not on the air, I’m checking models and analyzing. I’m fully involved from beginning to end.

You’ve been watching the weather for decades. What does climate change have in store for us locally?
We’ve obviously seen the warming trend. Warmer weather. Warmer ocean water. And more recently, I think people have noticed the higher dew points, which result in that oppressive humidity. Well, that is what thunderstorms feed off, and with climate change, we’re seeing more and more tropical systems and major hurricanes. We’ll continue to have a higher risk of severe weather. Look at the record-breaking number of tornado warnings and tornadoes lately.

Cecily Tynan has been on the evening news for many years now. If she retired, would you want her time slot?
I am really happy where I am. I may be the only one. I don’t think anybody else is saying, “I wish I could work Karen’s shift.” But I love the feel of the mornings. I love waking people up. That feeling of anything can happen. There’s some kind of hope in it. It’s a new day. It’s also busier than the evening schedules. It’s a different kind of show and flies by. You blink, and your day is over. That said, it is hard to get out of a warm bed at 1 a.m. when it’s 20 degrees outside.

I saved the most serious question for last. Adam Joseph and Cecily Tynan love to show off their athleticism. Who beats whom in the 50-yard dash? Karen Rogers, Adam Joseph or Cecily Tynan?
[Laughs] I only run when someone is chasing me with a knife. I wouldn’t even see them through their dust. But I do a lot of yoga. I really enjoy the peace it brings me, centering myself. I like hot, sweaty yoga. I like pouring with sweat. But as for other things, the only team I’ve ever been on is the cheerleading team.

Published as “On the Record” in the December 2021 issue of Philadelphia magazine.