And now, nearly 18 months later, the organizer claims she gave the money to another restaurant — but won't say which one. 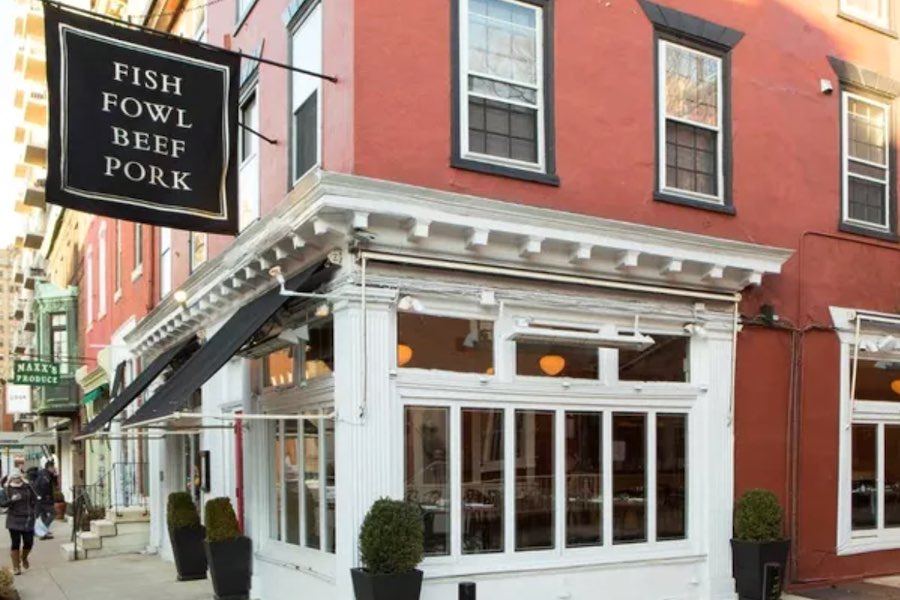 Twenty Manning in 2020 (photo via GoFundMe)

Last year, when COVID-19 forced Philadelphia bars and restaurants to close, numerous crowdfunding campaigns sprang up online. People wanted to help workers who suddenly found themselves without jobs, and crowdfunding platforms like GoFundMe provided the perfect solution. So when Twenty Manning, the sister restaurant to longtime Rittenhouse Square favorite Audrey Claire, had to shut its doors, none of the employees thought it was the least bit strange when a GoFundMe popped up to help them. But nearly 18 months later, Twenty Manning workers haven’t received any of the funds.

The Twenty Manning GoFundMe launched on April 27, 2020, just over a month after the city issued a stay-at-home order.

“These funds will be used to benefit those who have been laid off or furloughed due to Philadelphia’s COVID-19 restrictions, which have forced the closing of neighborhood restaurants,” stated the GoFundMe campaign’s landing page, which made it clear that the campaign was specifically for Twenty Manning employees. (That text is no longer publicly viewable, although donors are able to see it and Philly Mag was able to gain access.) “For those of us who are able, please consider donating to show your appreciation for the people who work hard to provide exceptional dining experiences for our neighborhood and its visitors, who now more than ever need our support.”

Danielle Foster, a Twenty Manning regular, started the fund and set a goal of $10,000. According to longtime Twenty Manning bartender Joe Trinkle, Foster enlisted him to help spread the word.

“She told me she wanted to do this, and I said go for it,” Trinkle tells Philly Mag. “I wasn’t struggling to pay my bills. Out of all the bartenders there, I was probably the most secure. But I thought it would be great to help everyone else out, and in the end, some of us decided that we’d just donate all the money to certain members of the kitchen staff who weren’t able to get unemployment.”

In total, the fund raised $3,000 from two dozen donations, with increments ranging from $20 to $1,000. No, not the biggest campaign ever, but still. Something.

Then months went by.

What followed, starting in October 2020, was a back-and-forth between Foster and Trinkle via text over the course of several weeks. In those texts, Trinkle told Foster that people were asking questions about the money, which Foster had transferred from GoFundMe to her bank account, and Foster offered various reasons for the delays. By the end of November 2020, she said she was waiting for a check from her bank. But then, no check.

According to Trinkle and four other Twenty Manning employees we spoke with, they haven’t received any money from Foster. And they haven’t had any indication from her as to when they might.

Another Twenty Manning employee, who asked to remain nameless, noted that while the amount of money in question isn’t a lot, relatively speaking, it still could have been put to good use. “I’m sure the widow of the dishwasher who died during COVID would have really appreciated any portion of the money he should have received,” said the employee.

As for Foster, she initially didn’t respond to numerous requests for comment on this story. When we finally did hear from her, she offered a confusing explanation that “she could not evenly split the money amongst the employees” at Twenty Manning because of the amount raised. And then she said she gave the money to another restaurant entirely.

We asked her what restaurant that was. She declined to tell us, explaining that she didn’t want the other restaurant to receive any “negative press.” And she added that she’d be happy to refund any of the donations but that none of the donors have asked her to do so.

After we reached out to GoFundMe about the Twenty Manning campaign, a spokesperson told us that GoFundMe was investigating the matter, because the use of funds for anything other than the originally stated purpose would be a violation of the company’s terms of service. Foster is suspended from the platform pending the outcome of that investigation, and GoFundMe says it will refund any donation made upon request of the donor.

“We know trust is vital to our community and is our top priority,” the spokesperson insisted.