When you head to the Academy of Music for the hit Broadway show, this CAPA grad will be front and center. Here, she talks Phanaticphobia, The Golden Girls, and her pre-show ritual. 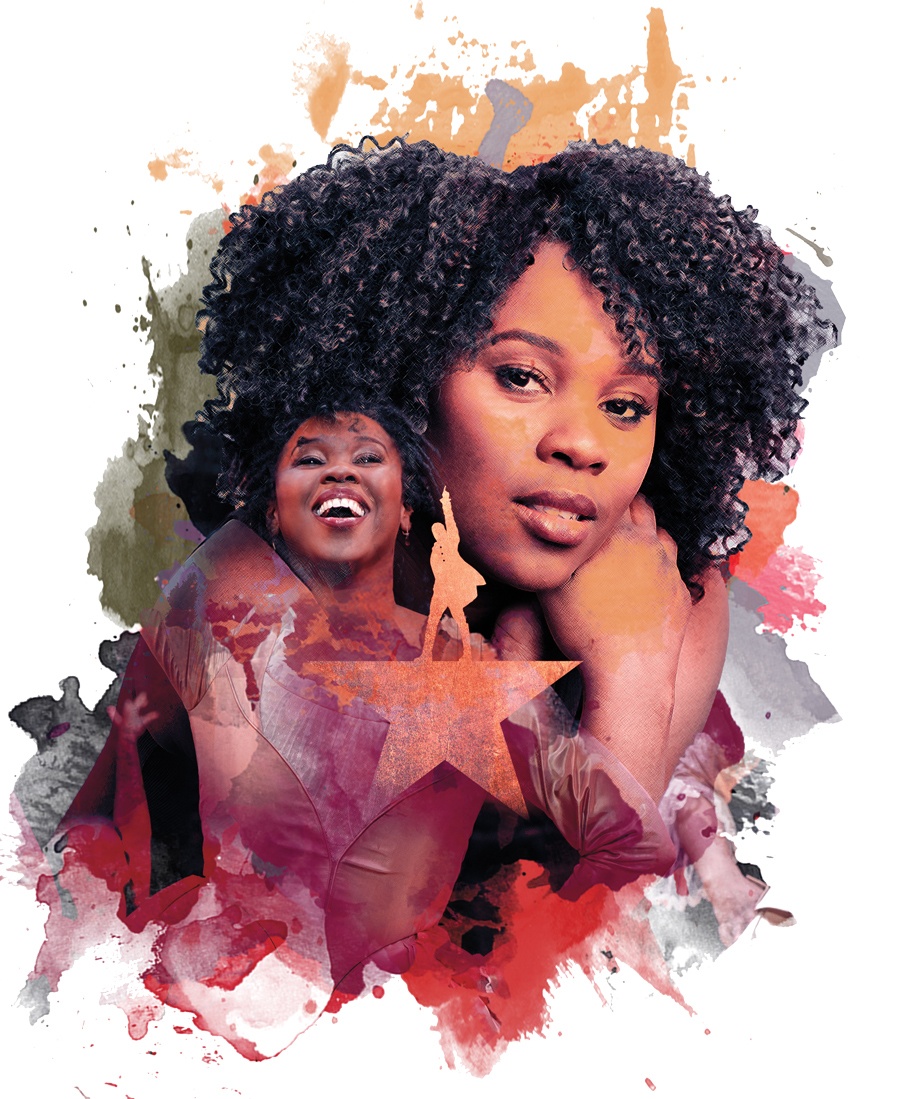 The Broadway hit Hamilton is back in Philadelphia. We tracked down Philadelphia born and bred actress Ta’Rea Campbell, who has one of the main roles.

My first name … can actually mean “homework” in Spanish, which became readily apparent in sixth grade, when I took Spanish. Not that my mother knew that when she named me. She just thought it was pretty.

I was born at … Einstein and grew up in West Oak Lane, where my family is now.

These days, my home is … on the road. But after Hamilton, I’m hoping to move to L.A. for good.

At CAPA, the biggest thing I learned was … it’s not important to be a famous actor. You have to be a good actor. The rest will come.

I knew I wanted to be an actor … after my mom took me to see The Color Purple when I was quite young.

My first gig in life … was singing “Tomorrow” at the bottom of the stairs in our house. I would block the stairs and sing and charge my brother and mother 25 cents to get by me. But they never paid.

During the pandemic … I came home to Philly after my show was shut down in Toronto. It was wonderful. Well, not the pandemic. But being home. Being a touring artist, you only have Mondays off and two weeks of vacation.

My favorite outdoor space in Philly is … Wissahickon Valley Park, with its gorgeous trails and waterfalls.

If I could sing a duet with one person, living or dead, it would be … Whitney. But among living people, my favorite group is the Indigo Girls, so them.

Whenever I get back to Philly, I just have to eat … a cheesesteak at Pagano’s, in my old neighborhood.

The first time I saw Hamilton … was on opening night at the Public Theater in 2015. I was blown away.

In the show, I play … Angelica Schuyler, one of the three Schuyler sisters, the principal women in the show. The one who carries on an intellectual affair with Hamilton.

Prior to Hamilton, you may have seen me … play Nala in The Lion King, the lead in Sister Act, Aida in Aida. And actually, when I did Sister Act at the Academy of Music, I got to sing the National Anthem before the Phillies’ home opener. I was finally able to get over my lifelong fear of the Phillie Phanatic.

My pre-show ritual is … watching Jeopardy on my iPad while putting on my makeup in the dressing room. And I eat something around four, because I have to wear really tight corsets, and if I eat right before the show, no one is happy.

My guilty pleasure is … having People magazine delivered to me wherever I am on the road.

When I get home after doing this three-hour show … I have a glass of wine and watch The Golden Girls. And then I sleep in. Ish. I don’t get out of bed until 10. There are 21 other hours in the day, but the 21 have to support the three, because the three are what I am here for.

Some actors I really look up to include … Viola Davis and Meryl Streep. And anybody who says they’re gonna do something and then they do it. Anybody who stands for something.

This production of Hamilton is part of the Kimmel Cultural Campus’ Broadway Series. For the complete 2021-2022 lineup, click here.

Published as “One of Us: Ta’Rea Campbell” in the November 2021 issue of Philadelphia magazine.