In a just-filed lawsuit, Trader Joe’s employee James Jarmon claims he was mistreated at Main Line and Delco locations of the popular store. 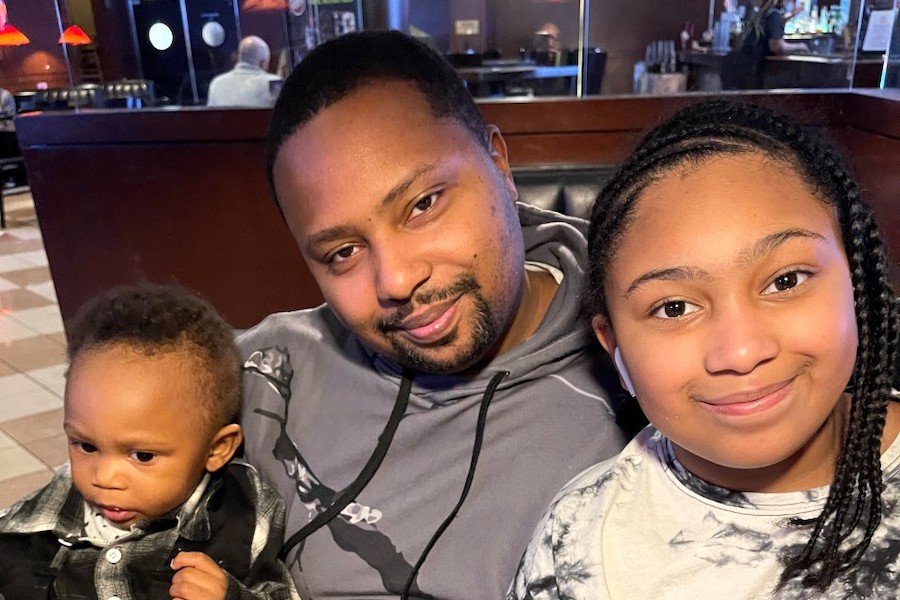 James Jarmon, who has filed a racial discrimination lawsuit against Trader Joe’s, pictured with his two children (photo courtesy of James Jarmon)

Trader Joe’s likes to position itself as a friendlier, more welcoming and progressive neighborhood grocery store — one where liberals tend to shop while conservatives prefer, say, Walmart. But according to a new lawsuit filed against the California-based company by a Philadelphia man, some of the Trader Joe’s stores in the Philadelphia area are anything but friendly, welcoming and progressive.

In his lawsuit, which was recently filed in Philadelphia’s federal court, 40-year-old Mount Airy resident James Jarmon says he started working at the Center City location in September 2017 as a “mate,” the corporation’s term for an assistant store manager. (Non-management employees are “crew.”) Then the company transferred him to the Media location in Delaware County, which is where he says his problems began.

According to the allegations in Jarmon’s lawsuit, he was targeted with racist remarks and behavior by other employees of the store.

For starters, he says, one employee told him Jarmon was reminiscent of a starving child in Africa. In another instance, an employee allegedly placed an eggplant in Jarmon’s locker. Later, he says, he found a card with an image resembling a white supremacist symbol in that locker. Jarmon also says he was told he was lazy by an employee. And he alleges he was treated differently than his white counterparts by management when it came time for raises and bonuses.

Jarmon complained to Trader Joe’s management about this treatment on numerous occasions, but none of the employees faced any reprimands or discipline over their behavior and remarks, the suit claims.

Then, in May 2020, Trader Joe’s transferred Jarmon to the store in Wayne, on the Main Line. There, according to the suit, he faced further racial discrimination and harassment, including from customers.

After one non-Black customer allegedly made offensive comments to Jarmon, management didn’t ask the customer to leave the store. Jarmon says he spoke to human resources about the treatment he had been facing at Trader Joe’s but that nothing was done. Instead, the suit says, in August 2020, his manager got angry with him for going over her head to HR and for complaining at all. Jarmon alleges that the manager told him his complaints about racial discrimination were “exactly why she does not hire Black people,” as the suit puts it. (The manager was Black.)

The suit also claims there’s a general lack of representation of Black people in Trader Joe’s management, similar to claims made by a Black Whole Foods manager against that company in a 2019 lawsuit.

And in Maryland, a Trader Joe’s customer who is Black is suing the company, claiming that a store in Silver Spring racially profiles its customers, including him.

Trader Joe’s has also recently come under fire over brand names like Trader José and Trader Ming’s. After initially defending those brand names, saying they were designed to promote inclusiveness, Trader Joe’s relented and rebranded.

As for Jarmon, who is seeking unspecified damages, he’s still working at Trader Joe’s. The company hasn’t responded to a request for comment.