She’s relocated to a purloined one nearby — and has two new chicks! 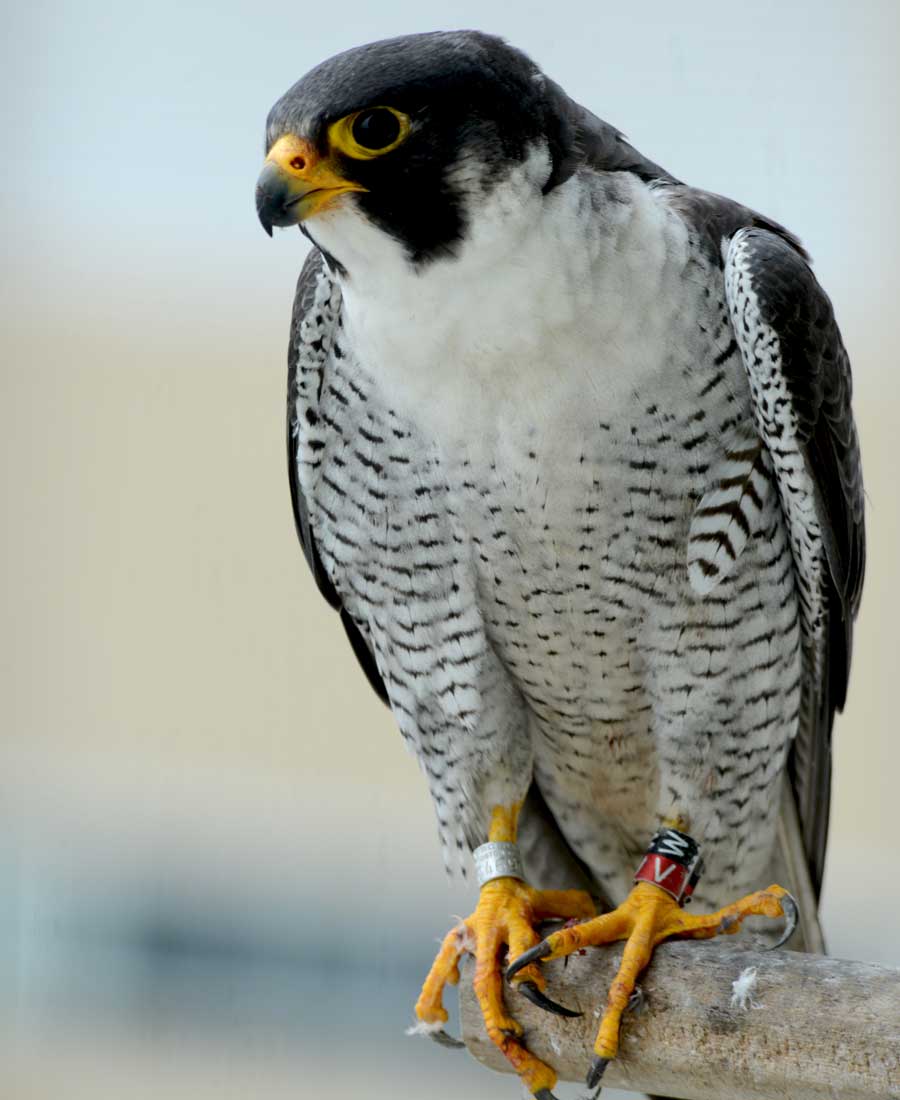 Though not the missing bird in question, this is another (now-deceased) local peregrine falcon, photographed on the Rachel Carson building. Photograph by Joe Kosack, Pennsylvania Game Commission.

Good news to deliver from the Falcon Folk who keep track of such things! 93/BC, the intrepid female peregrine falcon whose nest beneath the Betzwood Bridge near Valley Forge brought construction on Route 422 to a halt in the spring of 2020 (I wrote about her in “Here’s Looking at You, Bird,” in the July issue of Philly Mag), has been found safe and sound.

As you may recall, her nest last year failed — no chicks successfully fledged — and she and her much less intrepid mate were in the wind. Now, falcon maven Art McMorris reports, 93/BC has been spotted just a few miles from her old home, where she’s moved into a handy abandoned raven’s nest. (As the article linked above notes, peregrine falcons don’t build nests.)

93/BC’s current male companion isn’t the same one she nested with at Betzwood; her new mate was banded by McMorris as a nestling on the Commodore Barry Bridge back in 2015. 93/BC is originally from Queens, New York; she fledged from a nest in a flowerpot on a high-rise balcony there in 2017. Credit eagle-eyed — um, falcon-eyed — spotter Rachel McKay for identifying 93/BC from photos she took of the new nesting site.