The restaurant's $100 minimum policy has faced backlash. But those who aren't willing to pay for fine dining should reconsider their entitlement. 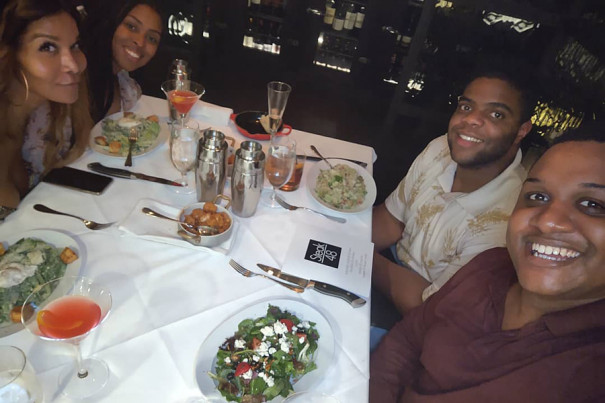 One way to tell that restaurants are coming back: Restaurant drama is breaking out online. Take the debate raging in Philadelphia over the new policies at Steak 48.

The upscale chain restaurant, located on Broad and Spruce streets, is now requiring a $100 per person minimum in food and drink purchases. They also plan to enforce a strict dress code — one that bans “sweatshirts or t-shirts with large images” and “clothing emitting offensive odors such as excessive perfume, cologne, tobacco, and or marijuana odors.” Although Steak 48 has locations in Houston, Charlotte, Chicago, and Philadelphia, the food minimum is only being implemented in latter two, while the dress code is effect at all four.

But while dress codes have long been the source of controversy at local restaurants, it’s the minimum that got all of social media in an uproar:

How Steak 48 takes your order. pic.twitter.com/gQvw8XuFOx

As someone who has reported extensively on questionable dress code policies at Philly venues (and their roots in racism) I think the critiques of Steak 48’s dress code are fair. So far, the steakhouse hasn’t given a formal statement regarding these decisions, and customers deserve an explanation.

However, complaints about the minimum dining fee are off base at a time when the service industry is struggling to stay afloat.

For starters, spending $100 at an upscale steakhouse isn’t hard to do. According to the Inquirer, the average per-person check at Steak 48 around the time of its September 2020 opening was $120, before tax and tip.

Translation: If you go for a standard dining experience (one that includes an appetizer, entreé, a side dish or two, and a cocktail), you will easily reach this minimum. Anyone who has ever eaten at a fancy steakhouse in Center City shouldn’t have a problem with this. 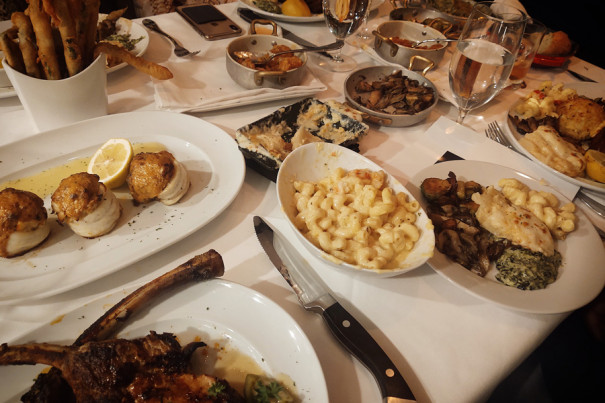 But a lot of the people who were mad online were clearly more interested in the fight than fine dining. One well-liked tweet started by saying, “I’ve never heard of Steak 48 before today.” Another came up with a hypothetical menu order full of random items and asked if he’d be “arrested,” since his tab only came to $98. Fun trick, but chances are if you’re going to a place with “steak” in the title, you’re not going to fill up on sides and meatloaf. Chances are better that he’s not going at all, considering the Tweeter in question is located Austin, where the closest Steak 48 enforcing the minimum is a 17-hour drive away.

It seems people would rather pile-on on the internet than enjoy — and pay for — a fine-dining experience.

Let’s not forget, those who suffered most the past year were the essential workers who still had to be hospitable regardless of the portion size being requested at those tables. Servers were already dealing with lower-than-usual tips during the pandemic. If the respectable tip rate is 20 percent at a restaurant, anything less than $100 per person is less than a $20 tip. This would make sense at dining spots that are serving fast casual (because they have higher turnover on their smaller bills), but imagine working at a steakhouse where people are ordering (and tipping) like it’s happy hour. (Or as one Tweeter cried when he saw the news, “no more appetizer dates.“)

Steak 48’s mandatory $100 minimum is a reasonable and equitable expectation for customers. Since the pandemic, other restaurants (such as Goldie, Merkaz and Martha) have found less controversial ways to ensure better pay for their servers (i.e. adding a flat gratuity to the bill at the end), but this is the same idea.

To eat at a fine-dining space like Steak 48 is a luxury, not a necessity. Like all things luxurious, it costs to be the boss. Those who aren’t willing to dine maturely and tip appropriately should reconsider their entitlement (and arguably their morals). And those who want to get mad on the internet should find a more worthy target. During a pandemic that is causing many restaurants to close their doors for good, leaving their workers in desperate circumstances, now is not the time to push back against a policy that is ensuring they make a decent, living wage.

That’s why I’m going to keep going to Steak 48, enjoying a their pricier-than-average-steak, and leaving a well-earned tip to boot.