If you think Steak 48's policies are racist, you might want to ask yourself why. 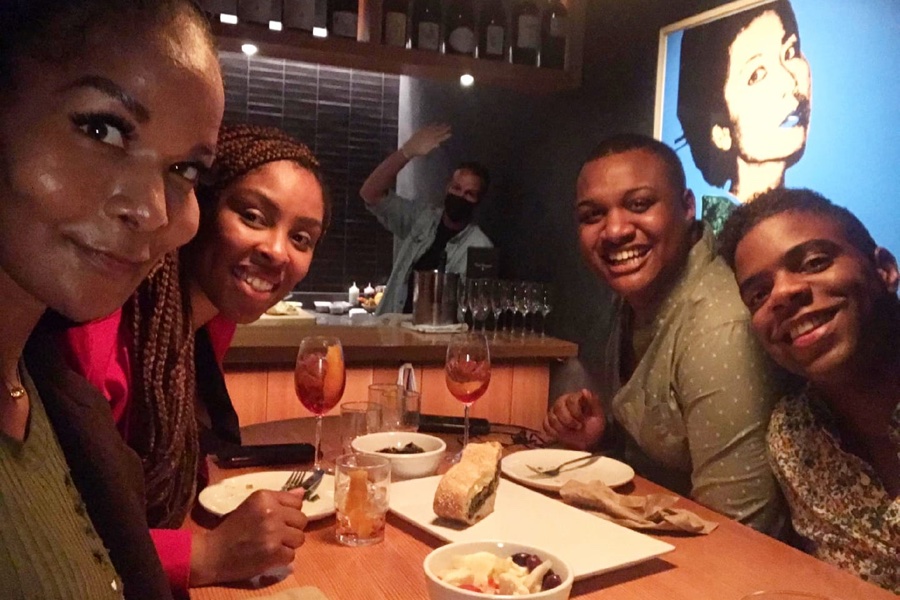 “Black people like nice shit,” one of my best friends said while we were vacationing in my hometown of Houston. “What are these folks talking about?”

We were discussing all the drama surrounding the upscale Center City chain restaurant Steak 48 and how many people were up in arms about its new dress-code policy and $100 food minimum. People on social media have suggested that such changes are targeting Black customers, with some threatening to boycott the trendy steakhouse. White allies have joined the debate, positing that in a city that’s majority Black and brown, such policies are classist and racist.

I call bullshit. It’s become obvious that many of these people are projecting their racist stereotypes about Black people, class and money onto a restaurant they can simply not go to and then move along.

The backlash against Steak 48 says a lot about how people have conflated race and consumerism. As a Black foodie who has previously shared my experiences with racism in the Philly food scene, I find this current controversy so much misplaced outrage. It’s obvious that faux-woke people in Philadelphia have drunk the anti-Black Kool-Aid and bought into stereotypes that suggest Black people are cheap and poor and lack taste. That is so far from the truth. In fact, we are the complete opposite.

Go to any major steakhouse in Philly, and Black people are there. Before the pandemic, Del Frisco’s, Ocean Prime, Capital Grille, Chima, and other places along what I often describe as Center City’s “Steakhouse Row” were hot spots for Black diners. Any Black professional in town has likely gone to these places multiple times and will tell you so. From political networking to engagement parties, we’ve made these restaurants our idea of a good time. I’ve hosted dinner parties at them, and members of my diverse social circles paid and tipped well without a sweat. And yes, I can cook my own damn New York strip just as well — but with steakhouses, it’s always been about the ambience and experience of going out and being dapper. Dress-code policies that call for professional attire never bothered us because — just like anyone else — Black people know how to respect the rules of engagement. While some superstar athletes and musicians may have come to these places in their super-casual fits and sneakers, many more Black customers have shown up dressed to the nines. (Just check our Instagrams.)

In other words, Black people like fancy shit just like every other race — and our $1.3 trillion economic power nationally proves it.

To frame a narrative with the facts that Philly is the poorest major city in America and that its population is majority Black and brown, and to then draw the conclusion that no one in those communities can afford to go to high-end dining spots, lacks nuance and is flat-out racist. Nobody living in extreme poverty can afford to go to upscale restaurants. That’s always been the case, and if you hate capitalism for it, fair enough. But to suggest that the effect of Steak 48’s policies of high minimums and nice clothing is akin to a flat-out ban on Black people says more about the people suggesting this than it does about the restaurant.

Steak 48’s policy might come across as classist to those who are cheap and don’t care to dress more formally when visiting a steakhouse on Broad Street. But Black people aren’t by default either excessively frugal or unable to dress professionally. Any major pricy, upscale steakhouse in America has a similar dress code; anyone who has ever been to one knows this already. I was just dining out at a similar restaurant in Texas, and there was no outrage. Perhaps Philly just can’t help but be contrarian (the way we were when Dîner en Blanc came to town).

Moving forward, people need to be honest about what they’re really upset about without dragging Black people’s joy in the mud. If you hate Steak 48’s new policy because you think it’s uptight, snobby, pretentious and elitist — just say that. If you think there are better ways for the restaurant to support its staff than to set a food and beverage minimum, just say that. But to use Black people as a prop in your rant against capitalism does more harm than good.

Translation: Black people like nice shit; leave us out of this.