A night of progressive victories could change how power flows through the city's political corridors. 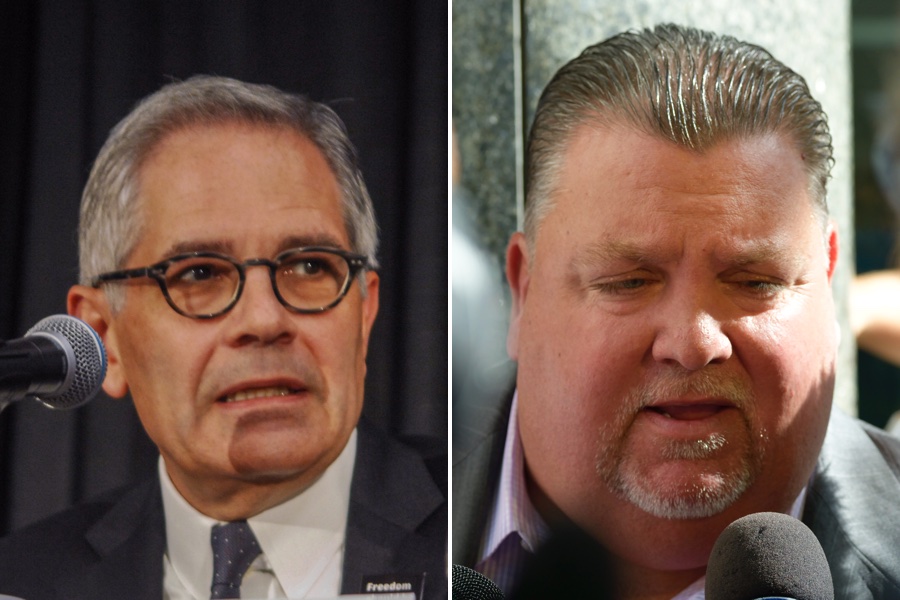 The Philadelphia Democratic primary election resulted in a big win for progressive candidates. District Attorney Larry Krasner’s landslide victory over former prosecutor Carlos Vega was a resounding message for criminal justice reform advocates. An impressive number of women and Black judicial candidates emerged victorious as well. But beyond the headlines, there were some clear messages about how power is shifting in Philadelphia. Here are four major takeaways from this year’s Philadelphia Democratic primary:

The FOP is losing political power.

It was clear that the heavy role the city’s Fraternal Order of Police, and its president, John McNesby, played in the DA race between incumbent Larry Krasner and Carlos Vega influenced the outcome — though perhaps not in the way the FOP hoped. No matter how they try to spin it, their controversial endorsement did Vega more harm than good. The FOP’s tactics — often riddled in excessive fear-mongering and soft-serve theatrics — cast a dark shadow over a candidate who could have became the first-ever Latino elected district attorney in Pennsylvania history.

Krasner’s ability to secure his second consecutive primary victory without an FOP endorsement raises the question of whether voters will want their district attorneys (or any other candidates) to seek such support in future elections. As we look ahead to future House, Senate, gubernatorial and attorney general races, it will be interesting to see how much weight police union endorsements will carry with voters.

Outside money isn’t a guaranteed strike against local candidates.

The long-standing debates about dark money, billionaire donors and outside money may not matter if voters like the candidate. Krasner notably received nearly 75 percent of his campaign contributions this year from non-Philadelphians, while the proportion was roughly opposite for Vega. While Vega got a lot of his money from police unions (and some Trumpers), Krasner got money from billionaires, social justice PACs, and lots of folks from California. There used to be plenty of criticism attached to money that Philadelphians couldn’t put their finger on (e.g., Councilmember Jamie Gauthier getting money from Philly 3.0 in 2019), but does that change with Krasner’s victory?

If you were a judicial candidate in Philadelphia who received an endorsement from the Democratic City Committee, you’re most likely jumping for joy right now (and working on your swearing-in speech). Seven of the eight Court of Common Pleas candidates endorsed by the Democratic Party won their races. Several party-endorsed judicial candidates in other competitive races also won. Translation: The establishment’s backing means something in crowded races. (Ask all the endorsed Democrats who won City Council at-Large seats in 2019.)

But when it came to the DA’s race, a non-endorsement in many ways helped Krasner. For one, he was able to run as the progressive against the Democratic machine. For Vega, a non-incumbent, an open race gave him the ability to seek support within the weeds of a fractured party — a potential advantage that still couldn’t save his candidacy in the end.

Since the historic 2019 election of an overwhelming majority of candidates of color in races for City Council at-Large, sheriff, city commissioner, and register of wills, Black and brown candidates running for citywide offices appear more viable than in the past. This trend continued with the victories of women and candidates of color across various judicial races. Nick Kamau, a Black candidate who won his race for a seat on the Court of Common Pleas, made history as the first person to ever receive a unanimous Highly Recommended endorsement from the Philadelphia Bar Association. Greg Yorgey-Girdy will make history as the first openly gay Black man to be elected judge in the city’s municipal court system. (Because no Republicans ran for Court of Common Pleas or Municipal Court, primary victories are essentially general election victories.) And more Black women judges could be coming to the bench, as several won statewide judicial primaries. In a city whose population is majorly of color, this wave of diverse victories is a promising step in the right direction.