How Will We Know When the Pandemic Is “Over”?

Herd immunity? Lower case counts? Something else? Public health experts say it's not that simple. 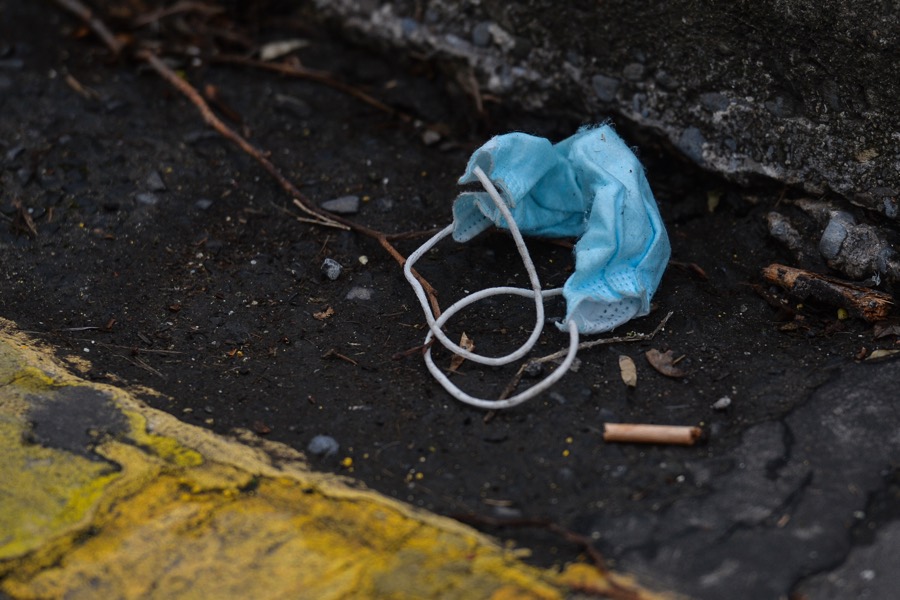 In spite of rising vaccination rates, public health experts still aren’t sure what exactly it will take to declare a true end to the pandemic. (Photo by Cezary Kowalski/SOPA Images/LightRocket via Getty Images)

It’s been 407 days since the World Health Organization first declared the coronavirus outbreak a pandemic, in March 2020. On most of those days, at one point or another we’ve asked ourselves: How long will this thing last? Now that vaccinations are under way and some 213 million doses have been administered nationwide, we’ve started asking, quietly, a different question: Could this thing really almost be … over?

It’s no easy question to answer, in part because the answer will be different for different places. In the United States, which has been hoarding vaccines to make sure its population gets inoculated first, 40 percent of the population is already partially vaccinated (though cases are still rising in parts of the country, including here in Philadelphia). India, meanwhile, is in the midst of the worst phase of its entire epidemic, with hospitals overrun and crematoria operating nonstop. If a global pandemic doesn’t end until it’s resolved across the globe, we’re still a long way off.

But closer to home, it doesn’t seem so foolish to at least start entertaining the thought of what the end might look like, right?

Bad news: According to the health experts, it is. “These things don’t necessarily end cleanly,” says Penn epidemiology professor Michael Levy. “It’s not super-helpful to ever claim victory over a pathogen.”

Okay, but that’s just one epidemiologist talking. Maybe the health department has a better idea of the on-the-ground conditions it would take to actually deem the pandemic over.

Or not. “Given that we are currently seeing case counts rise, we’re not concerned with what an endgame might look like,” department spokesperson Jim Garrow writes in an email. “We are focused on stopping this wave now.” Between the “ongoing threat from new variants” and “major outbreaks around the world,” he says, it “could be some time before anyone declares the pandemic ‘over.’”

Part of the problem is that no one wants to set benchmarks on what constitutes beating the pandemic, because there’s no consensus on what the benchmarks should be. The oft-cited herd immunity threshold of 70 or 80 percent of the population? Reaching a consistently low floor of daily case counts? The problem with the former: There already appears to be a drop in demand for the vaccine, and it could be a slog to reach 70 percent. (The existence of variants further complicates the herd-immunity question.) The problem with the latter: “I’m not sure anybody knows at which level we can claim everything is safe and perfectly fine,” says CHOP epidemiologist Brian Fisher. Neither he nor any of the other public health experts we spoke to were comfortable suggesting a numerical threshold.

The calculus is made murkier by the fact that most scientists now believe COVID will become an endemic disease that never fully goes away. “Will COVID just disappear? Most people don’t think so,” says Laura Siminoff, dean of Temple’s College of Public Health. “Will it continue to be an epidemic? That’s the other question. And hopefully not.” There’s a middle ground between pandemic and complete extermination — but what is it? The experts say they don’t know yet. One thing we do know, Siminoff says, is that even last summer’s low point of cases — about 85 per day here in Philadelphia in September — is nowhere near low enough. “It’s still an epidemic at those numbers,” she says. “Those numbers have to come way, way down before this stops being an epidemic.”

So where does that leave us? Maybe a framework change is in order. Could it be that the pandemic is over simply when it feels like it’s over? Such circular reasoning may not get you a passing grade in rhetoric class, but it does seem closer to what Fisher proposes: removing layers of restrictions one by one and making sure they don’t prompt a rise in cases, until eventually there’s nothing left.

But even that has its issues. For starters, many restrictions have been lifted, in spite of the epidemiologists’ warnings. If you live in the Philly suburbs, you’re already able to dine indoors at a restaurant at 50 percent capacity. If that’s how you define normalcy, maybe you already feel like the pandemic is over.

Probably you don’t, though, because there’s that other ubiquitous sign of the new abnormal: masks. Pandemic denialists get most of the attention here, but just about everyone has been anti-mask at one point or another during the pandemic. In February 2020, the CDC told us not to wear them (though there was already some evidence for airborne transmission). Then it changed course, just in time for half the country to decide that donning a piece of cloth to protect others was a fundamental affront to freedom. Lately, a new group of people — formerly compliant mask-wearers — is raising questions about mandates requiring their use outdoors. In recent days, the Atlantic, Slate and the New Republic have all published articles arguing that outdoor masking is out of step with the latest science, which suggests that COVID is spread mostly through airborne aerosols — an extremely low risk outside. According to writer Zeynep Tufekci, there hasn’t been a single documented outdoor “super-spreader” event anywhere in the world.

Siminoff suggests there’s still some benefit to maintaining widespread mask norms. “Human psychology is such that if more and more people stop wearing masks outside because they’re vaccinated, other people who aren’t vaccinated will see that, and then everybody’s going to stop wearing their masks,” she says.

But perhaps there’s room for a little more nuance. If people are told that outdoor risk is really quite low, maybe they’ll be more likely to keep masking in those places where there’s actually significant transmission risk — that is to say, indoors. (While we’re improving our messaging, we might also ease up on the hedging that vaccinated people could still spread the virus to others. The latest research on vaccines seems to show that in the rare cases where people get infected post-vaccination, they’re significantly less likely pass the virus on to others. If the vaccines are really that good at preventing spread, we should be emphasizing it.)

Slightly modified behaviors in masking won’t signify that the pandemic is over. But they would at least constitute a step toward our pre-pandemic days. As for the end-end of the pandemic? It looks like we’ll have to wait longer for that. Like the famous definition of a certain other P-word, maybe we’ll just know it when we see it.