The club's paperwork has been in limbo for a year. The organizers say it's due to hunting stigma; Penn hasn't commented. 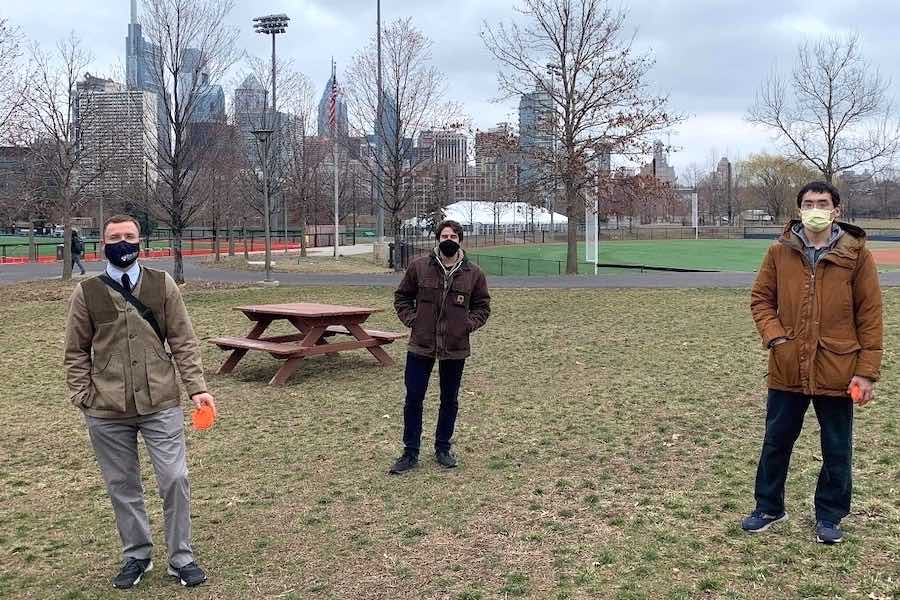 After you pay your tens of thousands of dollars in tuition at the University of Pennsylvania, you are eligible to sign up for all sorts of clubs. There are something like 750 of them. Eighteen a cappella clubs. A poker club. That weird ice sport called curling? Yep. They’ve got a club. Queer Christians. Zen. The Autonomous Robot Soccer Club. You get the idea. But a University of Pennsylvania hunting club, there is not. And a group of graduate students is trying to change that – with little success.

Hunting enthusiasts Dongwook “Chris” Choe, Krzysztof “Krys” Wojtak, and Richard “Alex” Martino have been pushing for a Penn hunting club for a year now. Choe is the president, Wotjak the vice-president, and Martino the treasurer.

The trio requested permission to start a hunting club in March 2020, just as pandemic shutdowns were beginning. The mission of the hunting club, as stated by the group, is to “promote sustainable conservation, marksmanship, and ethical hunting practices through education and training.”

“I’ve tried fishing, but I never really tried to harvest my own meat,” says Choe, when we asked him why he wanted to start the hunting club. “I thought that trying to actually better understand what it means when I eat a burger is important. I want to harvest an animal from the wild. This is about personal development.”

Wojtak and Martino share similar points of view. But the organizers claim the administration has been holding up their application unnecessarily.

Other clubs are operating, albeit virtually in many cases. And some new clubs have been approved, including the not exactly risk-free surfing club, which Penn thumbs-upped last fall. But not the hunting club.

There have been lots of emails back and forth between the founders and administration, some of which Philly Mag has reviewed. Administrators have explained to the group that the request is tied up, in part, because of the group’s nature and the fact that participants will be using “dangerous items.”

But after so many months of inaction, the organizers now believe that the administration is simply stalling because of the stigma surrounding guns and hunting, especially at a liberal institution like Penn. The group has suggested that Penn grant temporary approval under the condition that the hunting club proceed with a virtual-only plan, especially now that hunting season is over, but still nothing. (The university did not respond to Philly Mag’s request for comment.)

“I think the administration is just against guns,” opines Wojtak.

The three founders say they’ve been holding unofficial club events at gun ranges while they await a decision by the school. In a couple of weeks, they’re planning a visit to a gun range on state park game lands. And over Easter weekend, they’ll host a sporting clay shootout at another facility.

They say all of the other unofficial members are also graduate students but declined to provide further details on them or give their names.

“A lot of our members are afraid of being cancelled,” Choe explains.

The university used to sport a Penn Shooting Club, which was not without controversy. But that group ceased to exist sometime after 2013, and the founders of the Penn Shooting Club did not reply to our requests to explain why, whether it was voluntary or a victim of the times.

The lack of official recognition by Penn prevents the hunting club from utilizing university resources necessary to raise money and recruit new members. They want to create a hunting club that can benefit them now, while they are students at Penn, but they also want to set it up as a funded and sustainable club that other students will be able to use in the future, as is the case with most of the clubs at Penn.

The hunting club founders are now working with the Philly-based Foundation for Individual Rights In Education (FIRE), which represents students when they believe their schools are infringing on their First Amendment or other rights. Among other things, FIRE publishes an annual list of the ten worst colleges for free speech. (No, Penn is not on there.)

“In refusing to officially acknowledge the hunting club, Penn’s administration is missing the mark,” says FIRE’s Zach Greenberg. “Penn must afford these students the same rights and privileges it already provides to its hundreds of student groups… We will not let this evasive response stand when students’ rights are at stake… By engaging in viewpoint discrimination and delaying the club’s approval process, Penn is shooting itself in the foot.”