The Black Doctors Consortium Is Totally Self-Funded. Imagine What It Could Do With City Support

Ala Stanford’s group has vaccinated thousands of Black Philadelphians on its own dime. Here are four ways the city could boost its heroic efforts. 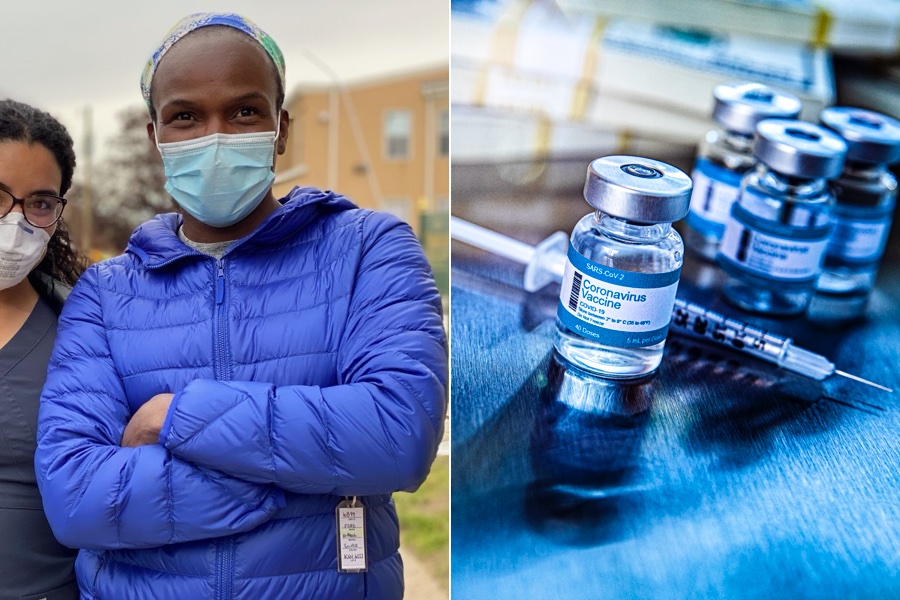 Ala Stanford of the Black Doctors COVID-19 Consortium has been leading the way in vaccinating Black Philadelphians. Stanford photo courtesy of BDCC; vaccine photo via Getty Images

Black people have always had to make the most with the least. Disenfranchisement in education, health care and social services has historically put us in a position where we need to be “twice as good” and work “twice as hard” compared to our white counterparts. When it comes to confronting the challenges of COVID-19 in Philadelphia, the Black Doctors COVID-19 Consortium (BDCC) has epitomized how Black organizations can exceed expectations despite an enduring lack of institutional support.

It was recently reported that the BDCC had outpaced the city in vaccinating Black Philadelphians, who comprise the city’s largest racial demographic but have received just 23 percent of vaccinations. (White Philadelphians have received approximately 54 percent.) This news came on of the heels of the BDCC’s wildly successful Vaxathon event, which vaccinated 4,000 people, 75 percent of them people of color.

But one major fact that hasn’t been reported on extensively regarding BDCC — which is led by Ala Stanford and a diverse group of health-care providers — is that it hasn’t received any funding from the city for its groundbreaking vaccination clinics.

“We began our vaccination clinics on January 16th. No one from the city has said to us, ‘You’re vaccinating so many people, here’s money,'” says Stanford. “Hospitals have not been given money, either. However, unlike us, hospitals are freestanding institutions that have been around for hundreds of years, and they have money that they can work from.”

Despite receiving awards and praise from the city, Stanford says, her organization isn’t currently in a partnership with the city and only receives vaccines, not funding. “We need more support,” she says. “We are doing the work of the city and the federal government by getting vaccines off of the shelves and helping Philadelphia achieve herd immunity. We are a valuable resource and asset that’s vaccinating more than any other entity in the city.”

What should that support look like? Here are four ways that Ala Stanford says the city could immediately bolster her organization’s impact:

Stanford says the BDCC is currently funded through a combination of “personal funds, our GoFundMe, private donations, corporate donations, private grant funding and anonymous gifts.” While she says the organization can bill for uninsured as well as insured vaccine recipients, “The reimbursement is $18 for the first shot and $38 for the second. It costs much more money to run the clinic than what you make.”

Stanford says the organization has submitted an RFP (request for proposal) to receive city funding, but a more consistent stream would be a game changer. With stable funding — that is, without having to “reapply for support every six months,” says Stanford — the BDCC could increase staff, space and resources and ultimately speed up admissions to vaccine clinics. “The city needs to make our organization a line item in the budget, so we can focus on doing the work,” Stanford says.

According to Stanford, the BDCC pays some $20,000 a week to have EMT staff perform post-vaccination checks at clinics as well as to have an ambulance on standby for health emergencies, whether or not they’re related to vaccinations. The city should provide paid EMT staff at such clinics to reduce costs for the BDCC.

The success of the BDCC’s testing and vaccination rollouts has meant higher than expected security and crowd-management costs. “We spend over $10,000 a week on that,” Stanford says.

More than 1,500 people were already waiting outside when the doors opened for the 24-hour clinic at the Liacouras Center on February 19th, and while the organization’s small but mighty staff of 100 was able to vaccinate 200 people an hour, lines were long, and capacity was strained. Stanford says that had she received city support in managing long lines, the experience wouldn’t have felt so overwhelming.

“With hundreds of people getting vaccinated by us, increasing safety has been a must,” Stanford adds. “That is why I have decided not to host another Vaxathon until there is more assistance on all fronts of this operation.”

A Larger Role in Determining Strategy

BDCC could dream bigger and could strategize ways to speed up vaccinations throughout Philadelphia if the city let it take a lead role in vaccination planning. Stanford says having access to hospitals and HIPAA-compliant electronic health-record systems would give her organization the capacity to “address the current vaccination barriers more easily.”

“For example, if the BDCC were in charge of the city’s vaccination overhaul,” Stanford adds, “we would advise that Jefferson assist residents in Chinatown, with Temple Hospital and St. Christopher’s working with Latinx communities.”

There is just no reason for an organization that has outperformed the city in COVID-19 vaccinations, particularly among its most underserved communities, to be struggling. As a taxpayer, I want to see my money spent immediately to fund the BDCC. Amid ongoing conversations around Black Lives Matter, it’s hard to ignore the racial disparity that’s playing out. The city let a less-experienced white organization screw up our vaccination outreach when it had the BDCC — a known quantity — at the ready all along. Restorative justice would be to let the BDCC take the lead on running a mass vaccination clinic — with the city’s full support. Just imagine how much more these Black doctors could do to eradicate racial health-care disparities given what they’ve already done with no support at all.