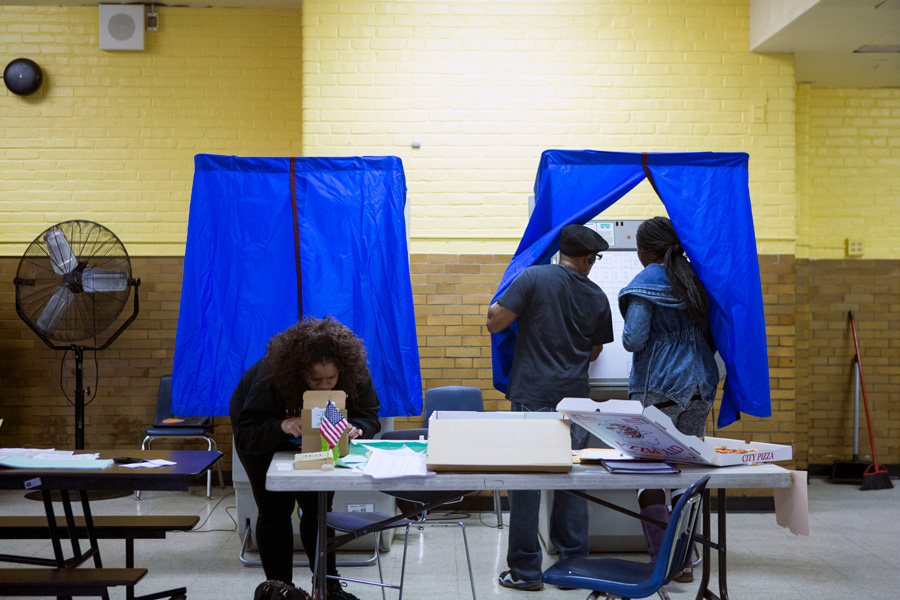 What can and can’t Pennsylvania poll watchers do? Here, some of your biggest poll watcher questions, answered. Photo: Election Day at a South Philly polling place in 2016. Photograph by Jessica Kourkounis/Stringer/Getty Images

Have more Election Day questions? Find an answer in our ultimate guide here.

I’m very concerned that my candidate is going to be robbed. There’s just so much shady stuff happening. Can I show up on Election Day and be a poll watcher for my candidate?

What can these poll watchers do, exactly?

In some states, they’re merely observers. But poll watchers in Pennsylvania can actually intervene.

Poll watchers can challenge the identity or residency status of a voter in an attempt to bar that voter from voting. The judge of elections (a.k.a. the person in charge of the polling place, a position generally determined by municipal elections every four years) decides if the challenge is a good-faith challenge or just a frivolous challenge designed to cause problems and delays.

If the former, then the judge of elections has to try to verify the residency or identity of the voter. And if the judge can’t do that, the voter will be allowed to call in another voter from the area who can sign an affidavit confirming the person’s identity.

Poll watchers also look out for other things, like voting machines working improperly and poll workers providing a little too much, er, guidance to voters (i.e., suggesting they vote for or against a certain candidate).

And what can’t poll watchers do?

They can’t speak directly to you, the voter. Poll watchers aren’t allowed to hover over you or do anything to threaten or intimidate you. They can’t block the entrance to your polling place. They have to remain at least six feet away from the voting booth. Poll watchers certainly can’t take pictures of you. And they can’t demand that you produce any kind of identification or other kind of documentation. Basically, the poll watcher is supposed to deal with the judge of elections directly. Then the judge of elections deals with you.

If I witness a poll watcher doing something they shouldn’t do, who do I turn to?

The judge of elections at your polling place is a good place to start. But you can also contact the national election protection hotline 866-OUR-VOTE, your local district attorney’s office, or your county’s board of elections.

Have more Election Day questions? Find an answer in our ultimate guide here.