Union power is changing in Philadelphia. And Ryan Boyer, Jerry Jordan and Chris Woods are leading the way. 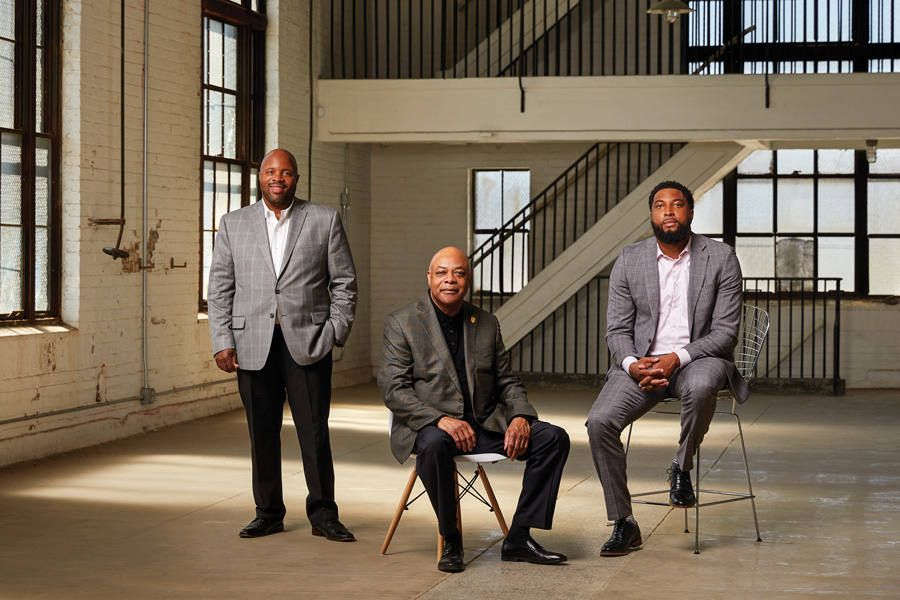 Can you believe it? A group of influential labor leaders not including a certain Irish-surnamed electrician? These are topsy-turvy times indeed.

Hear us out, though. It’s not as if there’s only one powerful labor leader in Philadelphia. And these three — Jerry Jordan of the Philadelphia Federation of Teachers, Chris Woods of AFSCME 1199C, and Ryan Boyer of the Laborers District Council — maintain the traditional trappings of power, too. Just run the numbers: Each has a membership roll in the thousands. Jordan’s PFT spent north of $340,000 on political campaign contributions last year; Boyer’s Laborers spent more than $2 million. AFSCME 1199C, which represents health-care workers across Philadelphia, was the first major union to back Larry Krasner in 2017 and Jim Kenney way back in 2015.

More evidence: When the pandemic hit and hospital workers at Temple demanded hazard pay, Woods promptly called all of his political allies — the very people who help determine Temple’s state funding — to let them know about his membership’s plight. Hazard pay arrived shortly thereafter. That is influence.

None of this is really different from what John Dougherty has been doing for decades. Here’s what distinguishes Jordan, Boyer and Woods, though: All three are Black labor leaders, running unions whose rolls are much more diverse than the building trades, which have long been white and inclined to stay that way.

A diverse union demands diverse priorities, beyond the bread-and-butter issues of wages and benefits. “We’re forced to be much more than a labor organization,” says Boyer, whose Laborers union is the only predominately Black union that’s part of the construction trades. (Boyer is also second in command to Dougherty in the Philadelphia Building Trades Council, the umbrella group that represents a number of construction unions.)

The same logic holds for Jordan and Woods. That’s why you saw the PFT assembling in front of the Comcast Tower in August, demanding free internet so students whose families couldn’t afford access could still attend virtual school. And it’s why, after the George Floyd protests, AFSCME 1199C reemphasized its campaign for social justice. “We want to be in conversations not just as relates to police, but to the whole criminal justice system,” says Woods. “Because these are issues that affect our members.”

Published as “Philly’s New Union Muscle” in “The 76 Most Influential People in Philadelphia” list the November 2020 issue of Philadelphia magazine.