Parents, Teachers and Activists Want to Rename These Philly Schools

Should Benjamin Franklin High School become Malcolm X High School? And what do we do with the Andrew Jackson School? 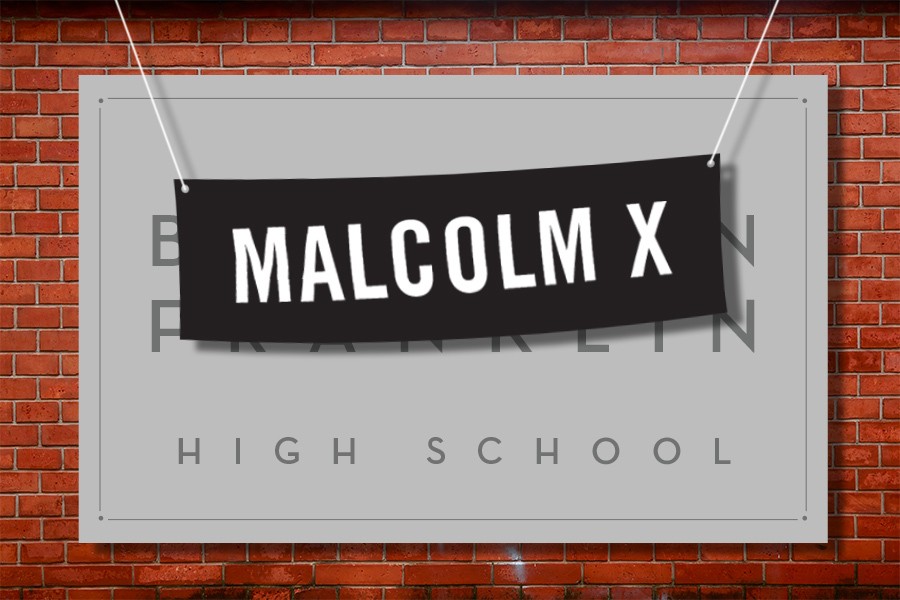 The Frank Rizzo statue is toast. That Christopher Columbus statue in South Philly would seem to have a similar destiny. So what do we do about Philadelphia schools that were named to honor historical figures who don’t seem quite so deserving today? Some Philadelphians have a pretty direct solution: Rename the schools.

The Committee to Rename Philadelphia Schools, a coalition of about 25 parents, teachers and activists, says it plans to formally request that the School District of Philadelphia rename at least five schools. The district has a process in place for school renaming requests, and the deadline for applications is November 30th.

“Woodrow Wilson was racist,” says Carter, a former Philadelphia schoolteacher. “What else do we need to say? He was literally best known for being racist. He was an integral part of segregation.” 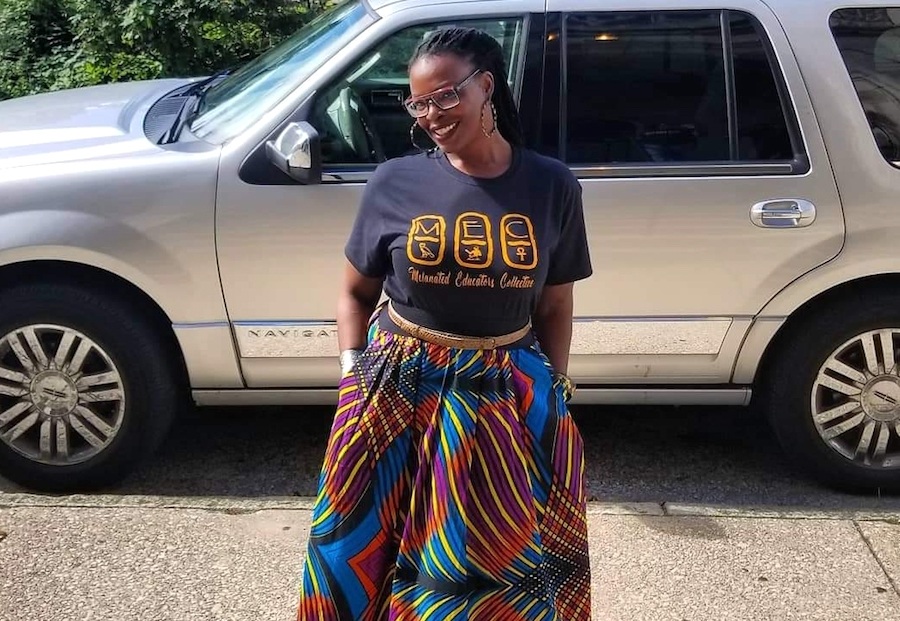 Dana Carter, who leads a committee to rename schools in Philadelphia. Among them: Benjamin Franklin High School, which the committee wants to change to Malcolm X High School. (Photo provided)

As for Samuel Gompers, the founder of the American Federation of Labor, Carter says he made the committee’s list because he excluded Black people from his union. And speaking of exclusion, Gompers was one of the leading supporters of the racist Chinese Exclusion Act.

Stephen Girard, the namesake of GAMP, left some of his fortune for the creation of a school for “poor, white, male orphans,” as his will read. That school became Girard College, which didn’t allow non-white students until 1968. And that was after a protracted legal battle that went all the way to the U.S. Supreme Court.

But what about Benjamin Franklin? He originally owned two slaves but eventually became an anti-slavery activist after freeing them. The committee is going to ask the school district to change the name from Benjamin Franklin High School to Malcolm X High School.

“The idea to name the school after Malcolm X was originally an ask of the school’s class of 1970,” Carter explains. A typewritten letter from that class to school administrators, dated March 11, 1970, also requested that a “Black Nationalist flag and a picture of Malcolm X” hang in the school. The letter appears below.

“We believe that Malcolm X would be a particularly uplifting figure for the children of this particular school—more so than Benjamin Franklin,” adds Carter. Black students make up about 85 percent of the student body at Benjamin Franklin High School.

The committee wants to change the name of GAMP to the John Coltrane Academic Music Program, after the legendary jazz musician who spent part of his life in Philadelphia.

The other school “replacement names” are still in the works. Carter says that the renaming of Woodrow Wilson Middle School will become a project for the school’s students. The neighborhood and school are working to devise a list of 25 suggestions, from which the students will select five. The children will then create research projects explaining why each of those five names is a fitting replacement.

One of the school district’s requirements for renaming suggestions is that the honoree must have died at least two years ago. But Carter says the committee is asking the district to amend those rules so the late civil rights leaders John Lewis and Elijah Cummings, both of whom died in the past year, can be part of the pool of candidates.

While the Committee to Rename Philadelphia Schools works on renaming the aforementioned institutions, parents and teachers at the Andrew Jackson School, on 12th Street in South Philadelphia, have a committee of their own to rename that school, which serves students from pre-kindergarten through eighth grade. Jackson, the seventh president of the United States, owned hundreds of slaves in the course of his life. He also did his best to forcibly relocate tens of thousands of Native Americans as part of the infamous Trail of Tears campaign.

That effort to rename the Andrew Jackson School actually started in 2018 with a Change.org petition, which went nowhere.

“The problem was that the Change.org petition didn’t collect specific information about who was signing it,” observes Kathleen Melville, a member of the committee pushing to rename the Andrew Jackson School, which Melville’s daughter attends. “Because anybody can sign a Change.org petition. And you don’t know if they actually have anything to do with the school, community or city. This time, it is a much more organized effort that includes a Google Forms petition that actually collects the information we need. We’ve also collected 300 signatures by hand during a march in our neighborhood. It’s an ongoing effort that we believe will succeed.” 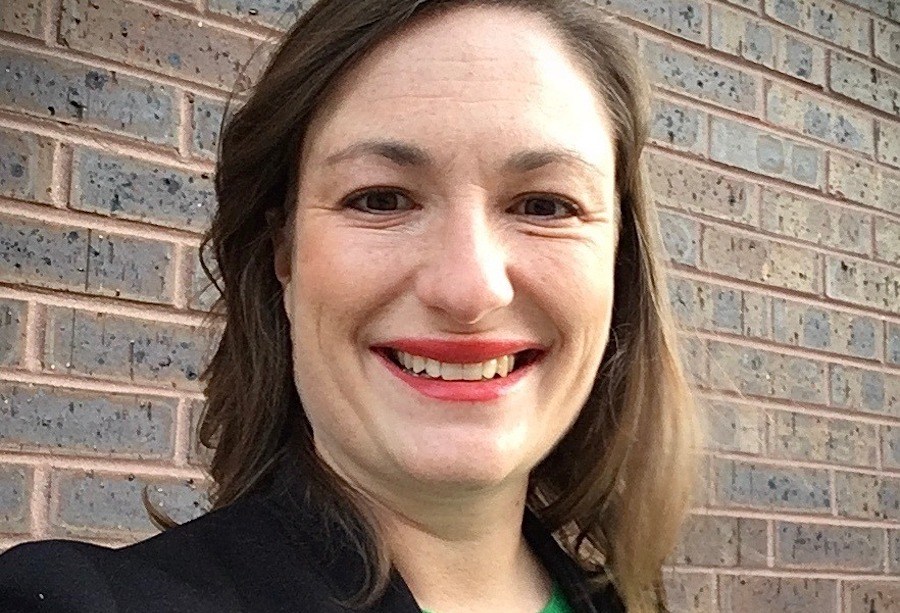 Kathleen Melville, one of the Andrew Jackson School parents who want to rename the school. (Photo provided)

In addition to the fact that this new campaign is more organized than the 2018 effort, the country is also a completely different place in 2020 than it was just those few short years ago.

“She was a trailblazing African American educator who went to Oberlin and then came to Philly and became the principal of a school at 9th and Bainbridge,” explains Melville. “She was an advocate for education, for Black children, and for women. And she actually lived in the neighborhood.”

Of course, any time a statue is torn down or a building is renamed, there are those who say it’s an attempt to “erase history.” So we asked Melville if that’s what her committee is doing here.

“I don’t think that’s right at all,” she says. “When we name our institutions after people, it’s not about history. It’s a form of glorification or honoring or valuing someone from history. And Andrew Jackson is not somebody that we want our children looking up to. He is, quite simply, not worthy of our children’s respect. And Fanny Jackson Coppin very much is.”

In recent months, some members of Melville’s committee became a bit apprehensive about moving forward with this proposed name change, Melville explains. “That was because of what was happening down at Marconi Plaza,” she says, referring to the presence of armed men who were there to purportedly “protect” the Christopher Columbus statue. “But then, Andrew Jackson wasn’t Italian. And actually, he has absolutely no cultural connection with South Philadelphia. Or any part of Philadelphia.”

While Carter and her committee continue to work on their plan to rename several Philly’s schools, they’re beginning to work on another renaming process. The committee is in talks with community members to come up with a list of Philly streets that should be renamed. Among the current candidates: Taney Street, which has been the subject of controversy for some time; the recently named Wilson Goode Way; Columbus Boulevard; and Girard Avenue.