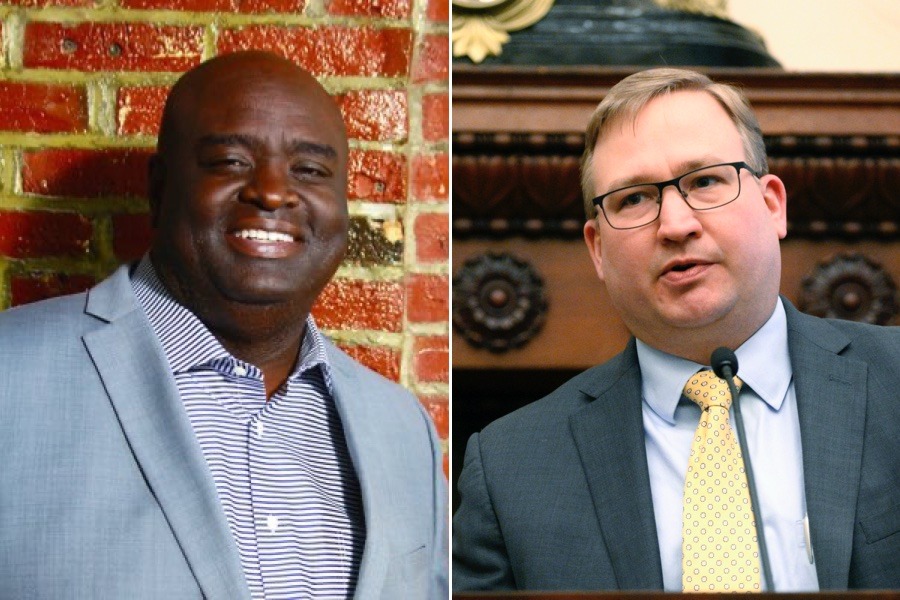 We all know how the story goes:

White person gets job that a Black person would have been better suited for.

Black person gets hired in response and is left to clean up the mess of the white predecessor.

These were my thoughts last week when news broke that City Hall veteran Tumar Alexander was to be appointed Philly’s acting managing director by Mayor Jim Kenney.

This came after the announcement that Brian Abernathy would resign following criticism of his handling of citywide protests against racial injustice. Alexander, a Black man, will now hold the city’s top non-elected position during a time of civil unrest and political turmoil. His white predecessor is leaving him in a spot that comes with unbelievable pressure: The city faces several lawsuits from protesters who were teargassed on I-676; current and former police officers are suing over the punishment they received for their racist Facebook posts; and, y’know, there’s a pandemic that’s devastating Philadelphia as we know it.

But this is par for the course: Black and brown people are always expected to come in and clean up the political messes of white people who couldn’t get it right the first time. It’s become utterly predictable. Consider: As presumptive Democratic presidential nominee Joe Biden prepares to announce his running mate, political analysts are placing bets on it being a Black woman to help restore luster to what has been a very bumpy campaign.

It also reminds me of 2017, when confronting Gayborhood racism fell into the poor leadership hands of Nellie Fitzpatrick, then the director of the city’s Office of LGBT Affairs. She was abruptly fired as public outrage built over the city’s lackluster response to the ongoing protests, town halls and outrage of LGBTQ community members following reported racial discrimination in the Gayborhood. The city eventually made the better choice in hiring Amber Hikes, a more diverse leader with comparable experience. But again, that new hire was a Black person faced with restoring trust and faith in an institution that had been lost after a white predecessor dropped the ball.

Quite simply, Black people shouldn’t be given promotions, appointments and consideration only after the failure of white leadership. We should get such opportunities at the very beginning. As white people begin to seriously reconsider what it means to make Black lives matter, they should stop calling on Black people only to save the day. Recent high-level hires of diverse people are a step in the right direction. But we must be honest about how we got to this point and what such action implies. Right now, the optics are: Black people get to demonstrate leadership only once white people have failed; Black people are the last resort and not the first consideration. It all perpetuates the notion that white leadership can only be replaced by Black voices and perspectives after a very public showing that white leaders’ actions were flawed.

Imagine if Kenney had started with a more diverse cabinet. Imagine if the Democratic Party had embraced Black women within its ranks much earlier. Imagine if Black people were given leadership opportunities from the start rather than having to wait for controversy to strike. Just imagine the possibilities, the lack of burden, and how freeing our world would be. But for now, we must reckon with our current reality.

As we usher in the new class of Black leaders emerging from this movement, let’s give them the grace they deserve. Let’s remember that they are stepping into the void of poor leadership that preceded them. White people should understand that power adjustments like this take time, because diversity never gets prioritization in predominately white spaces to begin with. And once this group of leaders flourishes, let’s continue to diversify leadership positions so that the point of this moment isn’t lost.