The Best Thing That Happened This Week: A Win for a William Penn Oak Tree

Save the trees, please! 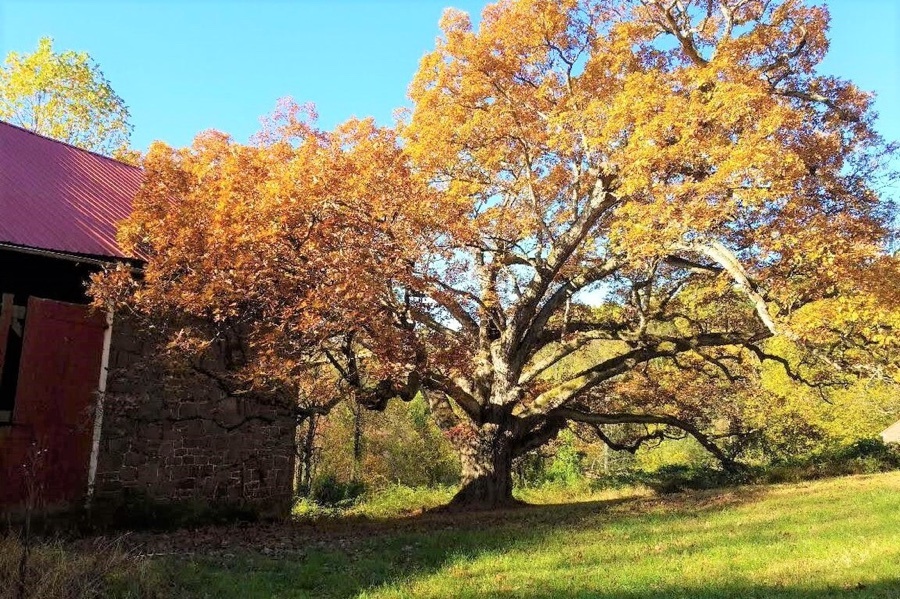 Life moves so fast these days that history might as well be a will-o’-the-wisp, here one instant, gone the next. There are still a few places, though, that simply wait and bear witness while the world whirls frantically around them. One such bit of land lies beneath a massive tree on Great Oak Farm in North Coventry in Chester County — an oak that has stood there for more than 400 years. Such trees are known as “William Penn Trees” because they were growing when he first visited the lands granted to him by King Charles II, in October 1682.

Back in 1932, for the 250th anniversary of Penn’s arrival, Philadelphia science teacher Edward Wildman set out to identify and register all the remaining Penn trees as well as collect anecdotes about them. A 1977 update to his work by the Penn Tree Commission identified 130 trees that were more than 300 years old, according to commission criteria. A number of these trees still grace the local landscape, though their ranks are thinned each year by storms, “progress” and disease. (There’s a list of Philly’s famous old trees right here.)

Trees that have lived so long and seen so much deserve special protection, which is why we rejoiced on Monday, when Natural Lands, a local nonprofit that works to preserve open space, announced that Jessica Neff-Boyd and Sean Boyd, the owners of Great Oak Farm, have protected their 10-acre property with a conservation easement that will prevent future development. Not only is Great Oaks named for its magnificent white oak tree — one of just 100 Penn trees still thought to be alive. It also adjoins a 740-acre county park, Coventry Woods Preserve, and houses 640 feet of Pigeon Creek, a tributary of the Schuylkill that’s been designated a “high-quality stream” by the state Department of Environmental Protection for the purity of its water. Trees like the Great Oak were here long before we were; we should do all we can to make sure they’re around long after we go.

And that’s exactly what Chester County nurseryman Jim Plyler is doing, by the way — nurturing offspring of another great oak, the Penn Oak on the grounds of London Grove Friends Meeting in East Marlborough. He babies its babies along — he is a nurseryman — from acorn to planting stage, and has seen 19 of those babies planted beside the Statue of Liberty on Ellis Island. Champion tree champion Scott Wade in 2013 estimated that Penn Oak to be the fifth oldest tree in the state. Now get out there and hug a big tree today!