Rachel Levine Has Had Enough of Your Transphobic Bullshit

Plus: One of Larry Krasner's biggest friends comes out against him. 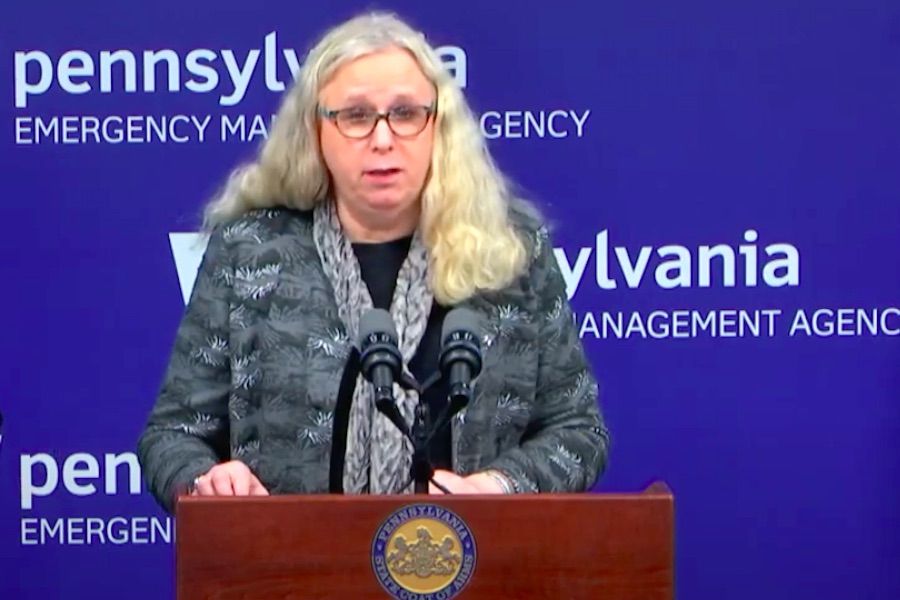 Pennsylvania Health Secretary Rachel Levine, who has responded to some of the transphobia against her. (Image via Commonwealth of Pennsylvania)

As Pennsylvania health secretary Rachel Levine‘s profile in Pennsylvania (and across the country) has risen thanks to her very vocal presence in the fight against the coronavirus, so have the transphobic acts, remarks and comments against her for being transgender.

If you want to rot your brain a little more than it already is in this year of brain rot, you can go ahead and have a look around Twitter and other social media platforms for all sorts of attacks. Just to give you a couple of examples of the kinds of things that Levine has recently faced, there was a radio interview where the host kept calling her “sir” and there was even a dunk tank at a fair where the dunkee was a man “dressed” as Levine.

Well, Levine has typically brushed things like this off and stuck to business. But on Tuesday, just prior to a COVID press briefing, she decided it was time to say something.

“These individuals may think that they are only expressing their displeasure with me,” said Levine. “But they are, in fact, hurting the thousands of LGBTQ Pennsylvanians who suffered directly from these current demonstrations of harassment… Your actions perpetuate the spirit of intolerance and discrimination against LGBTQ individuals, and specifically transgender individuals… We have not made progress unless we have all made progress. It is in this space that these acts of intolerance live, and where we need to continue to work against them.”

Later, Levine tweeted the following message: “I have no room in my heart for hatred and frankly, I do not have time for intolerance.”

Once again proving she’s nothing if not a class act.

Philadelphia District Attorney Larry Krasner has long been a hero of the local bail reform movement. But it seems like that love affair has begun to sour.

According to a report by Chris Palmer in today’s Inquirer, “Tensions are boiling over between Philly DA Larry Krasner and bail reform advocates.”

According to that story, the Philadelphia Bail Fund plans to release a report detailing how Krasner has actually failed the bail reform movement. Early on in the coronavirus pandemic, Krasner made it quite clear that he was going to do everything he could to keep people out of jail as they awaited their trials. But organizers from the Philadelphia Bail Fund say that’s not what’s happened.

“What the report boils down to is the huge gap between rhetoric and reality,” Malik Neal, director of the fund, told the Inquirer.

You can read the full story here, but it sounds like we’ll be hearing a lot more about this in the days to come.

Thanks to a project by the New York Times, you can now check to see how many COVID cases have been linked to your school, something you might want to know when you’re considering (and when the schools are considering) a return to in-person classes in September.

For the project the Times surveyed “every public four-year college in the country, as well as every private institution that competes in Division I sports or is a member of an elite group of research universities.”

The University of Pennsylvania is the only regional school that made it into the Top Ten, with 167 confirmed coronavirus cases on campus. You can search for your school here.

The Times notes that there is “no standardized reporting method for coronavirus cases and deaths at colleges, and the information is not being publicly tracked at a national level,” adding that hundreds of colleges did not participate in their survey. “Still,” says the media outlet, “the Times survey represents the most comprehensive look at the toll the virus has already taken on the country’s colleges and universities.”