Gabriel Bryant on the need for the Black community to have ownership of all the systems and institutions that impact it. 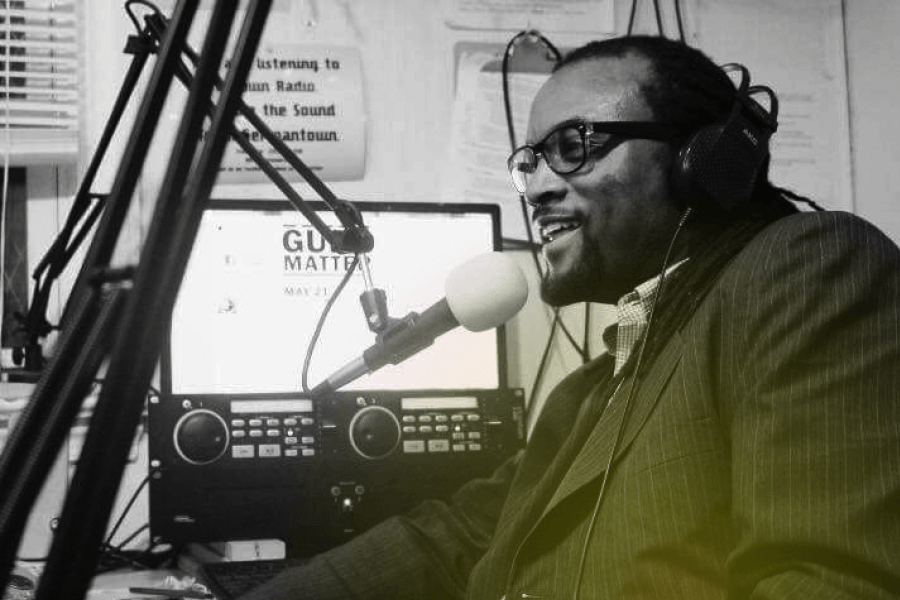 Philadelphia is the poorest of the largest cities in the country. We keep hearing it in the news, but we see no remedies. So I think we’re at a breaking point for many folks who are poor, who are dealing with day-to-day challenges to provide for their families, particularly against the backdrop of national unemployment rates and the high numbers of jobless people of color.

We also have a breaking point because people are seeing that we don’t have to necessarily look to Eric Garner or Mike Brown; we have our own stories here as well. Activists on the ground in Philadelphia have been organizing around police brutality for years — dating back to Brandon Tate-Brown, killed by police about six years ago; to David Jones, killed by police about three years ago; and our elders know other names. So we’ve seen an accumulation of emotion spilling out onto the streets.

Being Black in Philly has always been fantastic. It’s the oppressive systems engaged in the warfare against Black folk that we have to combat.

When I think about what structures we should put in place and what Black Philly should look like in the near future, for me, it’s our ability to own and operate all the systems that we’re engaged in. That means we’d see equity in education, and we’d own and control the ways in which our people are taught. It means looking at food apartheid and engaging more Black communities in community gardens.

I think it also means economic justice for Black businesses. I don’t just mean for Black people running an LLC or a small clothing business, but actually being on the front end of the manufacturing for those things.

All Black lives — and the myriad ways we show up in the world — must be centered and have a stake and voice in any change that happens in Black communities.

When it comes to our allies and our accomplices in this work, they have very important work to do in their own neighborhoods. They need to engage folks in Roxborough, in the Northeast, in South Philadelphia and, yes, even in the counties, because that’s where we see some of the pushback to progress. And as much as we say white folks have to talk to white folks, Black folks have to talk to Black folks, too, because many of us have uncles, fathers, moms, sisters and children who don’t agree with or don’t believe in the progressive agendas that are going to best serve us.

Right now, I think activists should definitely push the envelope. I think we should say that no conversation is too extreme, no idea is too far-reaching. I think that we should really use a strong sense of radical hope and radical imagination, because for many of us, right now is the moment for us to put into practice what we’ve been thinking about for years.

Published as “It Should Epitomize Economic Equity and Black Joy” in the What Should Being Black in Philly Look Like? feature in the August 2020 issue of Philadelphia magazine.