Congrats: Philadelphians Are Among America’s Top Mask-Wearers, Per Study

Not that the caliber of competition is very high. Plus: how to cool down during the first high heat emergency of the summer, and a behind-the-scenes peek into Sixer Matisse Thybulle's life in the NBA bubble. 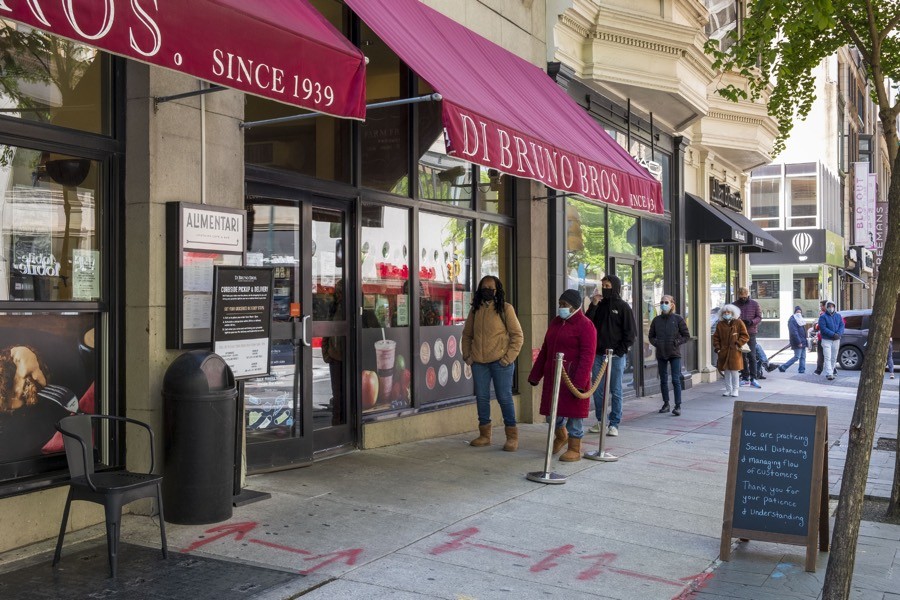 I started playing a game during quarantine while on walks around the neighborhood. It’s called “Guess the percentage of mask-wearers.” This was a useful exercise for a couple reasons. First: Much like life itself, walks around the neighborhood start to get real boring real fast. Second: It’s important to maintain a few embers of internal rage as an energy source — and finding unmasked people (especially unmasked young people) in the street did as good a job as anything else. But the third and most interesting reason was this: By playing this game, you could get a sense of how serious the pandemic was in the eyes of the neighborhood.

My findings: In the days after the CDC first made its mask recommendation in early April, only 20 percent or so wore face coverings. That steadily increased up to 80 percent, and then dropped off again as summer — and indifference — set in. Then, Mayor Kenney mandated masks for all outdoor activities in public, and now we’re back up to somewhere in the 80s.

Admittedly, this is not very scientific. But don’t just take it from me: The New York Times has a new report about a nationwide survey of 250,000 Americans and their mask-wearing habits, down to the census-tract level.

It turns out Philly is doing pretty well. In parts of Center City, 85 percent of people report they “always” wear a mask while going outside, while another 12 percent report they “frequently” do so. In general (you can explore the entire map here) the city looks to be doing a reasonably good job. Perhaps that’s part of the reason why our COVID-19 incidence is not spiking nearly as much as in other parts of the country.

When you zoom out and look elsewhere, you find some concerning trends. In much of Georgia, for example, fewer than 50 percent of people report that they always wear a mask, even when they expect to be within six feet of others. This would seem to track with another not-peer-reviewed survey I conducted a few weeks ago while waiting in the Atlanta airport during a layover: Hardly anyone in the packed terminal wore a mask.

The Times map also bears more than a passing resemblance to a different map: the 2016 presidential election results at the county level. This might suggest mask-wearing follows political ideology. But before we go blaming this on Republicans, let’s take a step back. It could be possible, as the Times notes, that huge swaths of the country aren’t wearing masks as much because they live in rural areas, with few people around, that aren’t experiencing outbreaks.

Except, well, it turns out that other researchers have analyzed this very question, and they found out that across ZIP codes — even in rural areas — Democrats wear masks more than Republicans. That suggests that party affiliation, not geography, is in fact the best predictor of mask wearing. So I guess we can blame it on Republicans after all.

Well, folks, it’s gonna be a scorcher. The National Weather Service expects a high temperature of 98 degrees on Monday, with a heat index — that’s the temperature that indicates how it really feels outside — of 106 degrees Fahrenheit. As a result of that meltingly rude temperature, the city has declared its first heat emergency of the year.

What that means: The city has opened its “Heatline” (phone number: 215-765-9040) until midnight, which residents can call if they have questions about the heat or any medical issues. The city has also published a list of cooling sites people can visit. Historically, Philly has actually done a good job combating heat-related deaths — especially considering parts of the city can be up to 20 degrees warmer than others, thanks to unequal tree coverage. But the city’s usual remedy — opening up buildings with air conditioning — isn’t quite as feasible during a pandemic, considering the elderly, the group most susceptible to heat stroke, are also at highest risk of death from the coronavirus. (This is to say nothing of the economics of the pandemic, which also impact people’s ability to keep their homes cool.)

There are still a couple of cool-down sites available across the city, including one new innovation: air-conditioned SEPTA buses. Here’s the full rundown:

For a map of all city cooling sites, including outdoor spraygrounds, go here.

If you’ve been paying attention, you will already know that Sixers wingman Matisse Thybulle has become the king of Philly Sports TikTok during the pandemic. Now, Thybulle, along with the rest of the NBA, has taken his talents to the Walt Disney World Resort in Orlando for the soon-to-be-resumed season. Presumably Thybulle has less time on his hands than he did before, but since arriving in Florida, he has ditched the genre of short-form TikTokumentary and pivoted to showcasing his life in the form of ten-minute YouTube videos. Other NBA players have posted snippets of their bubbled lives, but no one even remotely approaches Thybulle’s level of dedication. Highlights from the first episode include Thybulle fawning over a custom-embroidered pillow bearing his number in his hotel room, and being served quarantine dinner with no utensils. Ben Simmons also makes a predictably uncharismatic appearance in which he says, “It’s go time.” Thanks, Ben.

City trash pickup is a day behind schedule this week … again.