The convenience store chain is begging customers to pay with cards — or exact change — thanks to the country’s coin shortage. 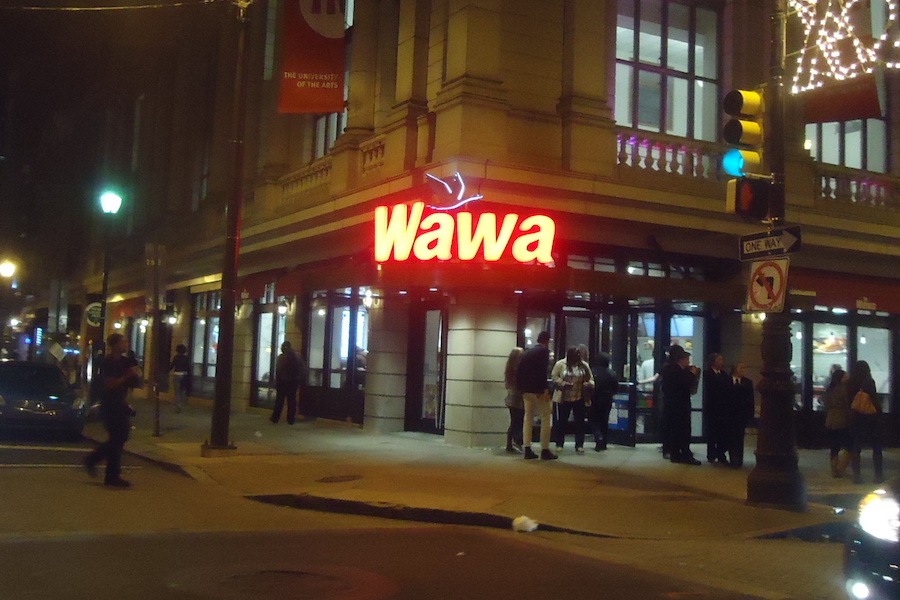 Wawa, where they are asking customers to pay with cards or exact change thanks to the national coin shortage (Image via Flickr/Creative Commons)

A roundup of Philly news.

Of all of the consequences of COVID-19, I have to say that one I didn’t expect was a national coin shortage. Yes, in case you haven’t heard, the country is in the middle of a coin crisis. You know: quarters, pennies, nickels and dimes. Coins. Something we never think about. Something we take for granted.

So why is there a national coin shortage? Well, I’m no economist, so I’ll just let the U.S. Federal Reserve’s statement speak for itself:

The COVID‐19 pandemic has significantly disrupted the supply chain and normal circulation patterns for U.S. coins. In the past few months, coin deposits from depository institutions to the Federal Reserve have declined significantly and the U.S. Mint’s production of coin also decreased due to measures put in place to protect its employees. Federal Reserve coin orders from depository institutions have begun to increase as regions reopen, resulting in the Federal Reserve’s coin inventory being reduced to below normal levels.

And now the national coin shortage has come to Wawa, which is asking you to use cards or exact change when picking up your morning coffee and Sizzli. Or your afternoon Italian Shorti and Wawa iced tea. Or whatever it is that you normally get at Wawa.

If you don’t have exact change and insist on paying with cash, one option is that you can “round up” your purchase with a donation to the Wawa Foundation, which supports all sorts of community organizations and initiatives, such as the Broad Street Ministry.

And if you’ve been hoarding coins at your house in a coffee can or one of those big water jugs, you’ll soon be able to exchange rolls of coins for paper money at select Wawas. True, putting thousands of coins into those paper rolls is incredibly tedious. On the other hand, you’re probably bored right about now anyway.

But now, Mayor Kenney has decided to void all such violations that were issued between May 30th and June 30th. This doesn’t include any crimes being prosecuted by the District Attorney’s office, just these relatively minor code violations.

Here’s what Kenney had to say about it in a statement:

My decision to waive these violations is not a statement on the validity of the individual citations. Rather, it is a recognition of the core concerns that caused thousands to demonstrate on the streets of Philadelphia. In waiving these notices, I recognize that those issues are vitally important, that the pain of those marching is very real, and that their message — Black lives matter — needs to be heard every day until systemic racism is fully eradicated from this city and nation.

Naturally, not everybody is on board with this plan, most notably John McNesby, the head of Philly’s police union. On Wednesday, McNesby issued a statement of his own:

Mayor Kenney and city leaders have again apologized to those who displayed unacceptable and criminal behavior in our great city. It’s sad to see the Mayor and his staff have endorsed outright lawlessness and given up any attempt to hold people accountable for criminal activity. And we question why our city has a major crime problem.

If you haven’t paid your fine yet, you don’t have to do a thing. The violation will just be wiped from your record. If you did pay your fine, you can get a refund by calling 215-567-2605.

Joe Biden and Mike Pence Both in Pennsylvania on Thursday

In a sign that the race for the White House is beginning to speed up, Joe Biden and Mike Pence are both visiting our swing state of Pennsylvania on Thursday. Separately, of course.

Pence is set to attend a police rally in Northeast Philly, where I can only imagine there will be some Bologna Strong t-shirts on display. He’s also heading to Malvern to talk the economy with the head of the Chester County Chamber of Business and Industry, among other community leaders. And there’s a stop at a farm in Lancaster County.

As for Biden, he’s expected to unveil a $700 billion jobs plan when he speaks in Dunmore, an industrial borough literally just outside of Scranton. Biden is originally from Scranton, a fact he loves to remind voters of on a regular basis, thus boosting his “regular guy” image.