Over two separate days, no less. 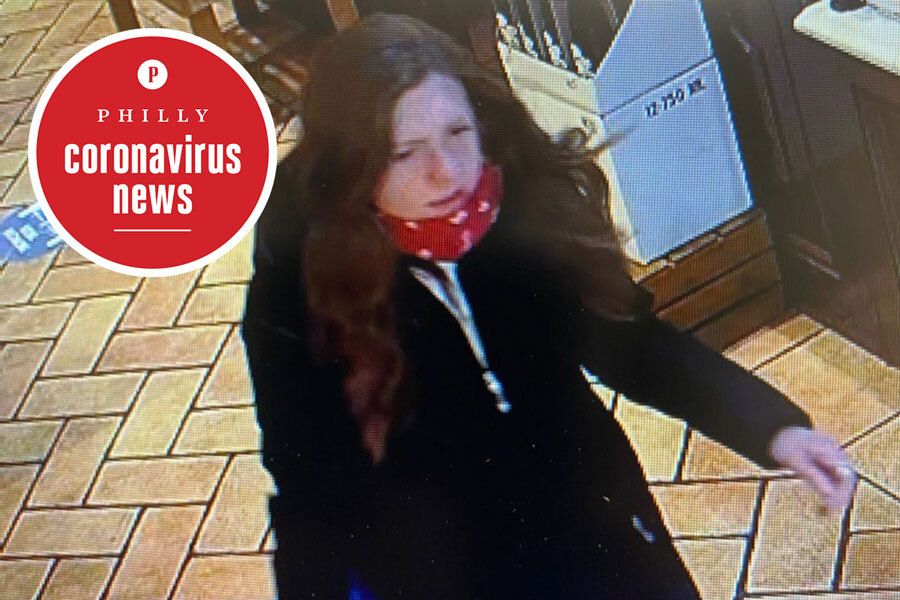 Update: Philly police have made an arrest for the Di Bruno Bros. spitting incidents. The defendant is a 27-year-old woman named Jacqueline McBride. Click on her name for the full story.

Police Say This Woman Is the Di Bruno Bros. Spitter

During this era of the coronavirus in Philadelphia, we have seen so many examples of people coming together, folks helping their neighbors, and other moments of goodwill and solidarity. And then, well, we have seen the not-so-good side of people.

The Philadelphia Police Department is asking for the public’s help to identify the woman seen in this photo. Why? She is accused of spitting on people at Di Bruno Bros. in Rittenhouse Square on two separate occasions. 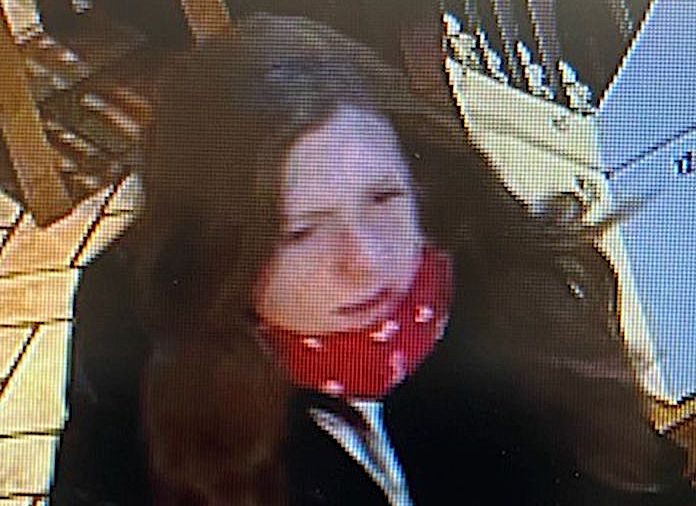 A closer look at the woman accused of spitting on people inside Di Bruno Bros. during the coronavirus crisis. (Image provided by the Philadelphia Police Department)

According to police, the first incident happened on Saturday. Police say that the woman had a dispute with a Di Bruno Bros. employee over how she wanted to pay for an item in the store. And then she allegedly spat on the employee.

Then on Sunday, the woman returned to Di Bruno Bros. around 11:30 a.m. According to police, she bumped into another customer. Words were exchanged about social distancing. And then, the woman allegedly pulled down her mask and said, “Bitch, I don’t have the virus.” Police say that the woman then spat in the other customer’s face and ran away.

On Wednesday night, Pennsylvania Governor Tom Wolf explained the process for reopening Pennsylvania, which is set to begin on May 8th.

First is the phase we are in now, which is the red phase. Social distancing orders. Business closures.

Now we know what the next question is. Does this include restaurants? Nope. During the yellow phase, restaurants are still stuck in takeout and delivery mode.

If you want to sit down inside a restaurant and grab a steak and a martini, you’re going to have to wait for the green phase. That’s when restaurants can open, and we’ll go back to business as usual, or something approximating it.

Wolf emphasized that there is no distinct timeline for all of this.

“The virus determines how we do it,” he said on Wednesday, adding that some counties will reopen before others, starting with those least affected by the coronavirus.

Anybody up for a road trip to Pennsyltucky?

Want some good news? The city says that some key air pollutants are down in the city. Of course, that’s only because many businesses have shut down and you’re staying at home more, but… We’re trying to look at the bright side here.

Nitrogen dioxide is down about 22 percent. NO2, as they call it, is a big cause of ozone, and it’s particularly problematic to people with COPD and asthma. Carbon monoxide has seen a drop of about 25 percent. And “fine particulate matter” — also a problem for people with asthma — is down 18 percent.

You can check out the full air quality report here.