Di Bruno Bros. Rittenhouse Is Getting In On the Pizza and Wine Game

Alimentari, an Italian wine bar and cafe, will open on the shop's second floor this summer. 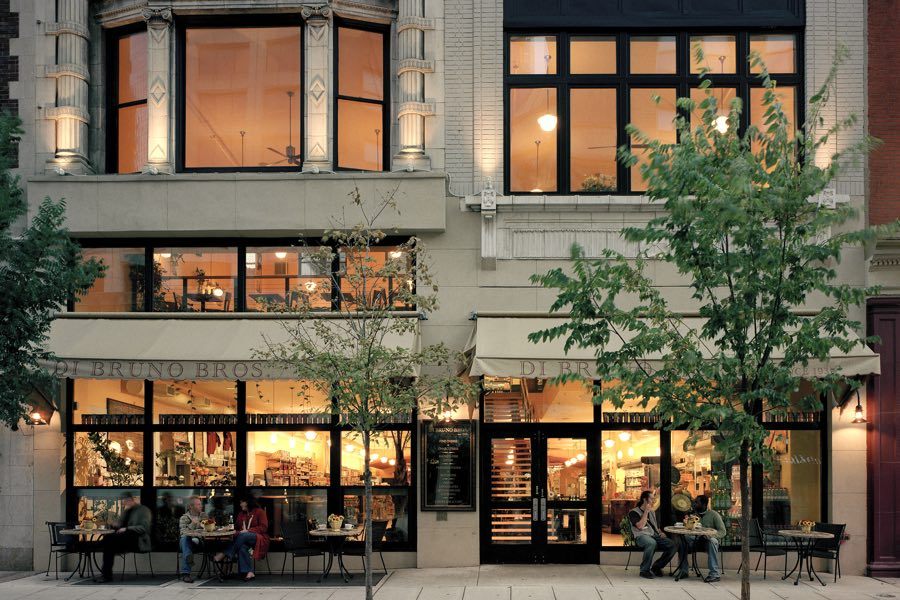 Di Bruno Bros. will open Alimentari, a new Italian cafe and wine bar, this summer on the second floor of its Rittenhouse shop at 1730 Chestnut Street.

It’s the latest in a wave of new and upcoming restaurants pairing pizza and wine (others include Pizzeria Beddia and the forthcoming addition to ReAnimator’s Kensington location). Alimentari will replace the cafeteria-style setup that long occupied the store’s upper level in favor of the new, Italian-focused concept, according to Philly.com.

The cafe will feature a bar for cheese, charcuterie, pizza, and items like composed salads on the right side of the space, with another bar for wine, beer, and cocktails to the left of the stairs. Alimentari’s menu, from Rittenhouse executive store chef Caitlin Mateo, will highlight more of the straight-from-Italy cheeses, olive oils, and other specialties for sale downstairs.

The revamp was inspired by the bars serving espresso, wine, and pizza al taglio that co-owner Emilio Mignucci encountered on recent trips to Italy, a Di Bruno rep told Foobooz. They’re importing a special electric pizza oven in which to prepare the Roman-style square pies typically sold by weight; dough for the crust will be made with imported flour and fermented according to traditional methods.