We’re All Socialists Now in the New Coronavirus Reality

Overnight, America became a nation of New Deal Democrats. Will that change the way we feel about the government? 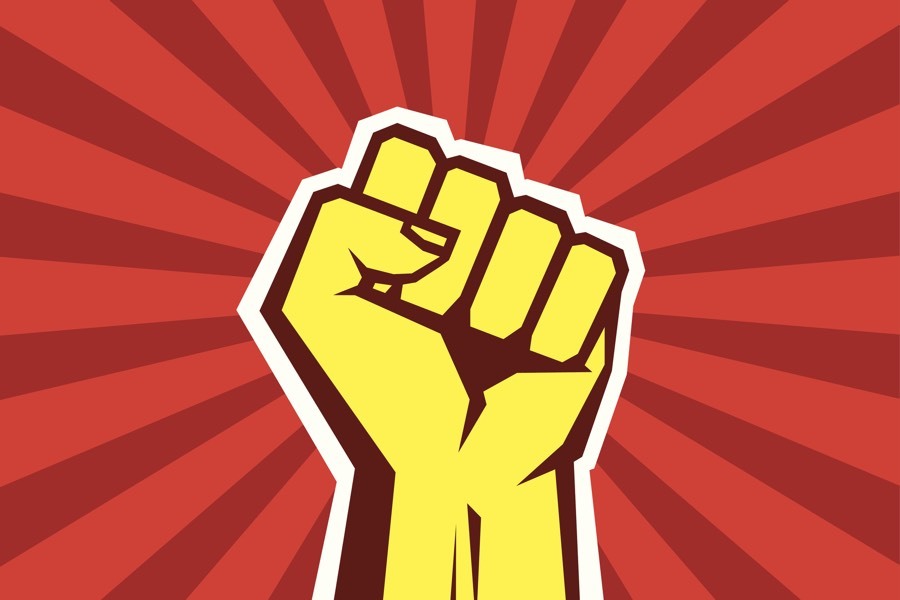 At a press conference back in 1986, President Ronald Reagan famously declared “The nine most terrifying words in the English language are: ‘I’m from the government, and I’m here to help,’” setting into motion the austere neoliberal in-free-markets-we-trust, get-a-job-you-bum zeitgeist that held sway for the next 34 years. That is until the COVID-19 pandemic finally breached the walls of fortress America and quickly metastasized into a full-blown national epidemic that, worst case scenario, could kill 2.2. million Americans and inflict untold and unprecedented financial pain and suffering on hundreds of millions more.

Overnight we became one nation under quarantine, cowering in our sweatpants while staring into the abyss, praying that disease can’t pick the locks of our pitiful wash-your-hands-and-hide safeguards, instantly crash the stock market and send the American economy into a death spiral that could make The Great Depression look like an ice cream social. (Consider this: In 1933, at the height of the Great Depression, unemployment peaked at 24 percent. But it took four years of economic collapse for the unemployment rate to reach one-in-four-Americans depths. This week a Federal Reserve Bank president predicted that we could be at 30 percent unemployment in a matter of weeks, if not sooner.)

For the first time in my 54 years on this Earth, I wake up every day with a very rational fear of impending societal collapse, that this could all go Mad Max in the blink of an eye. It really all depends on what the federal government does next. If they don’t get their shit together and sign into law the stimulus package currently on the table and instantly pump at least two trillion dollars into the economy, much of it directly into the pockets of once-working Americans (which is prudent fiscal policy given that consumer spending accounted for about 70 percent of our economy’s growth last year), we’re staring down a deep doomsday depression.

After 40 years of cutthroat, Gilded Age, winner-takes-all free-market evangelism — and the gold-plated cruelty and ruthless class warfare that goes with it — we’ve become a nation of New Deal Democrats overnight. Starting today, the era of small government is officially over. Because we’re all wearing barrels and burning our stocks. We’re all looking for a handout now. Because, just as there ain’t no atheists in foxholes, there ain’t no libertarians in a pandemic. Just ask Rand Paul when he finally gets out of isolation after receiving the best Senatorial healthcare that taxpayer money can buy.

Still, even in a transformational moment such as this, some things never change. Up until the wee hours of this morning, Senator Lindsey Graham (net worth somewhere between $500,000 and $1,000,000) and a troika of Republican senators  — which includes Rick Scott (net worth $500 million), who, as CEO of the Hospital Corporation of America, oversaw the largest Medicare fraud in American history yet somehow walked away scot-free with $300 million golden parachute; Ben Sasse (net worth $1.49 million) and Tim Scott (net worth $600,000) — obstructed passage of the COVID-19 stimulus package because, wait for it, it’s just too goddamn generous to the working poor. And, not making this up, it will incentivize laziness. (Hey, anybody else hear that dog whistle just now?)

Just to be clear, we are talking about four Senators who work less than half the days in any given year, but still pocket a combined $696,000 annually plus unlimited taxpayer-funded Cadillac health care and assorted goodies, holding up several hundred billion dollars earmarked for hospitals to buy desperately needed ventilators and life-saving PPE and to help working families stave off financial ruin, because some minimum-wage worker thrown out of a job by COVID-19 might get a few Benjamins more in unemployment benefits than they would when, like, there wasn’t a plague going on. Oh, and they didn’t bother to mention this, but that worker’s net worth is negative $38K.

There are no words.

The silver lining in this viral shit storm is that when it ends — and make no mistake, sooner or later this too shall pass — when a vaccine is discovered and the sick are healed and the dead are buried, we will have seen anew, just like we did when pulled ourselves out of the Great Depression, obliterated the Nazis and put a man on the moon, that we as a people can do big things. Because if we can spend $2 TRILLION to clean up the mess created by one bad orange man’s deceit/incompetence/magical thinking (“We have it totally under control. It’s one person coming in from China, and we have it under control. It’s going to be just fine.”), clearly we can raise the necessary capital to literally do anything. We can repair our crumbling national infrastructure. We can clean up the superfund sites that are the classrooms of our public education system. We can join the rest of the industrialized world and codify into law access to healthcare as a basic human right, instead of a luxury item for moneyed elites.

We have been here before. 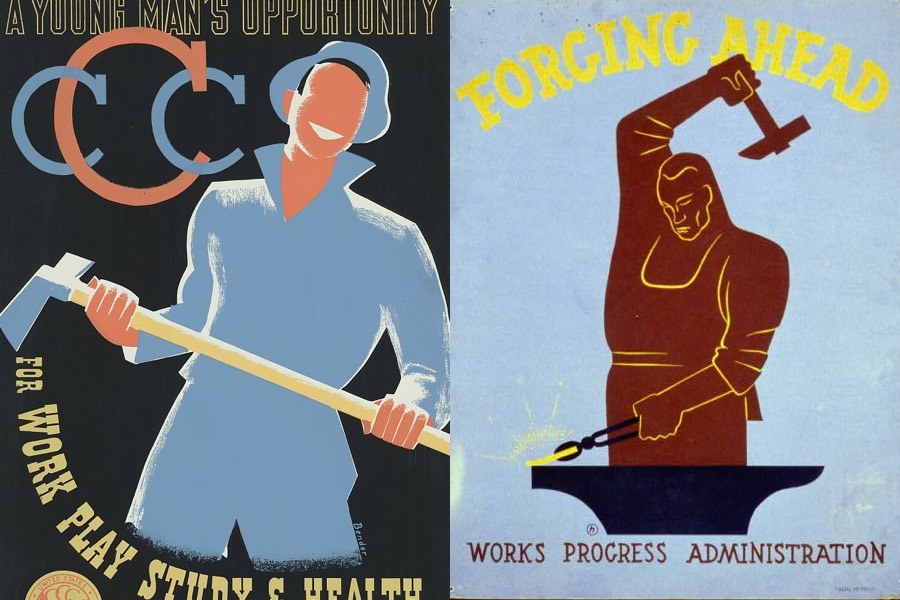 We are all socialists now … again. WPA posters via the Library of Congress

In 1933, a newly minted American president took to the lectern at his inauguration and, looking out at the sea of Depression-scarred humanity stretching to the vanishing point on the National Mall, uttered the ten most zen words in the English language: “The only thing we have to fear is … fear itself.” His name was Franklin Delano Roosevelt and his words becalmed a panicked nation, and in the ensuing 87 years they have never rung truer than right now. So be not afraid, comrades, and welcome to the New Normal: we’re all socialists now.