The Defiant Ones: Some Bars Remain Open During the Coronavirus “Shutdown”

“That’s why we’re using plastic beer glasses,” said a bartender at one of the three bars I popped into on Monday night. “For hygiene.” 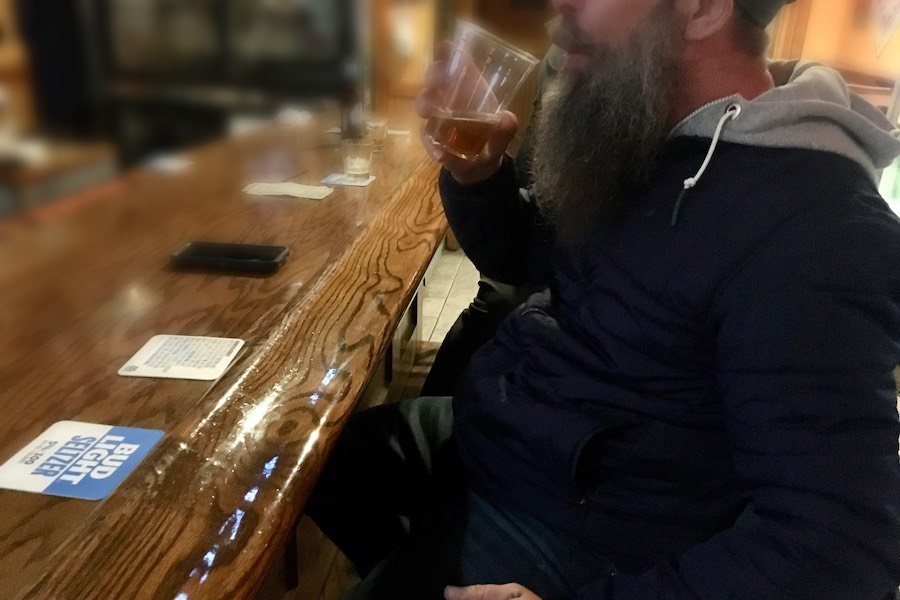 A customer takes a sip of his beer at a bar that was open on Monday night during the coronavirus shutdown in Philadelphia and the surrounding area.

So who’s open? My friend sent me that message on Monday night. He wanted to know where he could go get a drink in the Philadelphia area. I told him that all bars in the suburbs had closed (other than for takeout business) under order of the government on Sunday and that Philly bars had all been told to shut down on Monday by 5 p.m. In fact, some bars had already closed voluntarily at the end of last week and over the weekend.

But my friend wasn’t buying it. He pushed me for answers. He piqued my curiosity.

So I reached out to a few other friends and acquaintances, as well as a couple of ne’er-do-wells and barflies. As a guy who sometimes writes about the underbelly of Philadelphia, I have more than a few numbers stored in my phone. It didn’t take long for me to get a lead.

Alas, that suggestion was a bust. I considered calling it a night. It was cold. And I had already made my way out to that first bar. This thing had coronavirus wild goose chase written all over it.

But then a message came in, directing me to a bar not very far away. And I figured, Eh, what the hell.

I pressed on to the second bar and was annoyed to find no immediate signs of life. No glowing neon signs advertising an open oasis of cold, wet beer in this dry, dry land. But then I looked a little closer and saw some light shining forth from within.

Maybe they’re just in there cleaning up, I thought.

I reached for the door, dutifully grasping the handle with the sleeve of my sweatshirt. I pulled. And guess what? It opened.

As I walked up to the bar, I asked the bartender, “So, uh, what time are you guys closing tonight?”

He shrugged his shoulders.

“‘Til it’s closing time, I guess,” he told me. “We’re open. Everybody else can close, but we’re open. That much I know.”

Someone mentioned that the bar owner had said earlier in the day that he’d be keeping the bar open until they put “chains on the gates.”

There were maybe a dozen people in the bar. Some were quite drunk. One patron falling into that category insisted on calling me “Pedro” over and over again. I’m not really sure what that was all about.

I asked the bartender about the decision to stay open — I agreed not to name the bar — given the alarm over the coronavirus and the government’s pretty clear instructions.

“That’s why we’re using plastic beer glasses,” he told me, explaining that the cups won’t be reused. “For hygiene.” 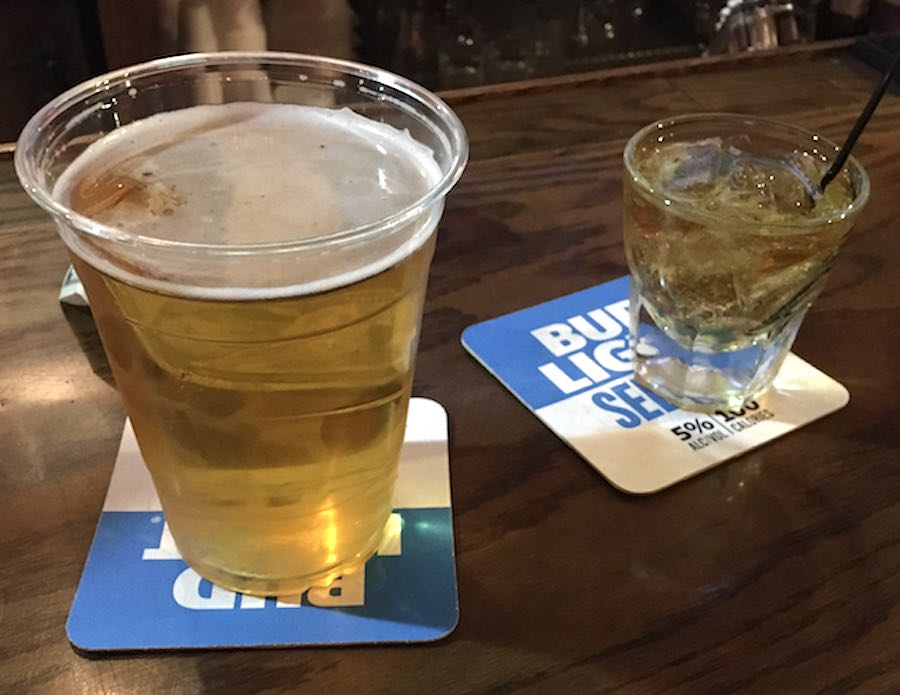 Drinks set up at one defiant bar in the Philadelphia region during the coronavirus “shutdown.”

I called his attention to the obvious glass-glass sitting on the bar next to the plastic beer cup.

“Well, we don’t have plastic rocks glasses,” he replied.

I moved on to some of the customers.

One guy I met turned out to be a longtime bartender at a bar down the road a bit. That bar decided to close.

“We discussed staying open,” he said. “But in the end, there’s a moral question. If millions of people die, do you want to go down in history as the bar that it all gets traced back to?”

He named some other bars in the area that were staying open. (I later confirmed that they were serving customers by making a brief visit inside each, and I’ve confirmed that some of these bars — as well as others — are already open on Tuesday, aka St. Patrick’s Day.) Then he shook his head.

I asked another customer what he thought about the government’s decision to keep people out of bars.

“They are gonna start busting windows if they don’t let them open,” he insisted. “People are crazy these days.”

Another patron wondered aloud what would happen to the “actual alcoholics” if they are forced to go days or weeks without a drop.

“They can probably get heroin real quick,” he observed. “But not alcohol. That doesn’t sound too good.”

It was at this point that the 1986 Bon Jovi mega-hit “Livin’ On a Prayer” began playing on the jukebox. I have no idea if this was someone’s idea of irony, a sort of apocalypse playlist, or if they just really like Bon Jovi.

Then I chatted up someone I recognized. I attempted some small talk in these trying times, asking, “So, what are you doing tomorrow?”

He looked at me with a sort of puzzled expression — though it may have also been drunkenness.

“You know, that has suddenly become a really funny question to answer,” he said.

And then, without a beat, he said to the bartender, “Hey did you hear the latest coronavirus joke?”