The governor's office says it has the "full authority to compel businesses" to shut down if push comes to shove. 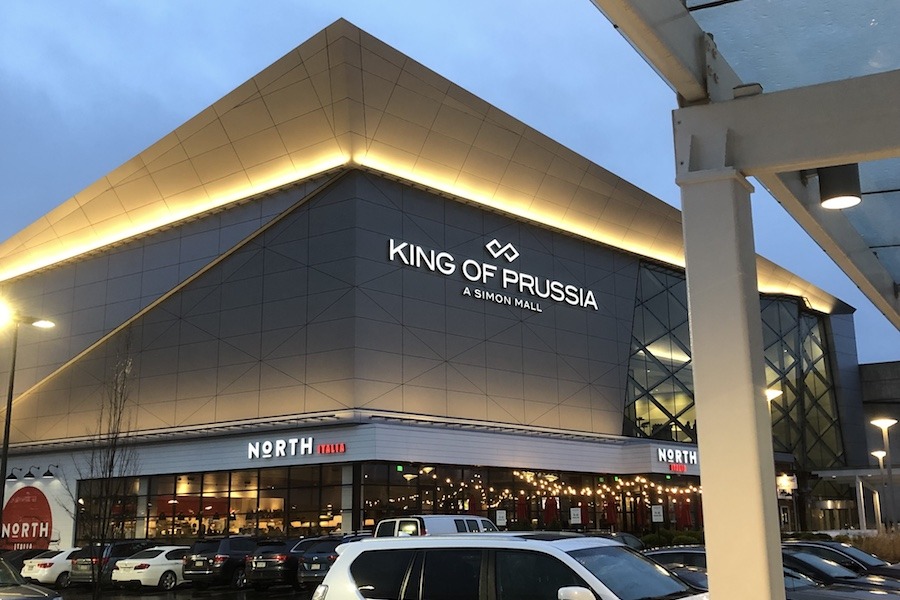 The King of Prussia Mall, which remains open during the coronavirus crisis in Philadelphia and Montgomery County.

UPDATE: The King of Prussia Mall posted a message on its web site on Saturday, saying it expected all non-essential tenants to close.

On Thursday, Pennsylvania Governor Tom Wolf asked all “non-essential retail facilities” in Montgomery County to close down for two weeks, starting on Friday, as officials were “aggressively moving to a mitigation phase” of coronavirus in the county. Well, as of Friday afternoon, there were plenty of businesses defying Wolf’s wishes.

On Friday morning, King of Prussia Mall management announced that the mall itself would remain open, with each mall retailer deciding whether or not to close.

“With respect to Governor Wolf’s statement, the governor did not mandate store closures and did not define what nonessential retail is,” the mall management statement reads. “We will continue to monitor the situation closely and will comply with any federal, state or local government requirements as they arise.”

There are some 450 department stores, shops and other businesses that make up the King of Prussia Mall. And on Friday afternoon, a representative at the mall’s management office told Philly Mag that only about 20 had decided to close.

Some of the King of Prussia Mall retail facilities that remain open include Nordstrom, Peloton, fancy cosmetics brand Lush, and Tiffany & Co. All of those stores assured Philly Mag that they had no plans to close anytime soon.

Elsewhere in the county, there are countless bars and restaurants that remain open during the coronavirus crisis. In fact, we had a hard time finding a single one that has closed.

“Unless there’s a mandate for us to close, we are going to stay open,” said the Friday-afternoon bartender at The Greeks in Narberth. “There are people who are actually specifically coming in to support us, knowing that this is going to hurt us. And we are doing a lot of cleaning and wiping down. And I am keeping two feet of wood between me and all of my customers: the bar.”

The owner of a restaurant near The Greeks, who asked that we not name his establishment, insisted that his restaurant won’t close unless “the state shows up and bolts the door shut.” He also questioned whether a restaurant would even fall under the category of “non-essential retail facilities.”

To clarify, we reached out to Wolf’s office and asked whether the governor is asking every single bar and restaurant in Montgomery County to close.

“That is accurate,” replied Nate Wardle, press secretary for Pennsylvania’s department of health, who explained that only business that “service basic human needs” should remain open.

“The Governor and the commonwealth would expect businesses to make decisions to protect their customers, their staff, and their community,” Wardle continued. “We’re working closely with the County and the business community to make those determinations.”

Well, Wolf has tried the asking-very-nicely approach, and that doesn’t seem to have had an immediate effect. So will the governor’s office actually force the King of Prussia Mall and all of these bars and restaurants to shut their doors?

“Before utilizing his full authority to compel businesses to close for the purpose of protecting the public’s health,” Wardle said in a statement, “it is the governor’s hope that they will heed his strong recommendation to mitigate the spread of this disease.”