City Bans All Events of 1,000 or More People Due to Coronavirus

City officials held a conference call on Thursday morning with numerous concert and event producers in the city. 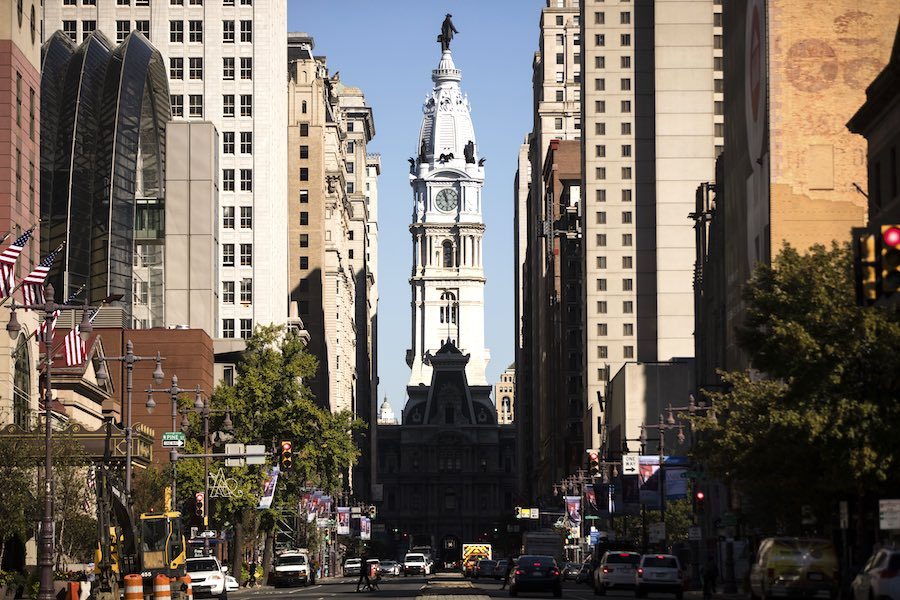 Officials at City Hall are deciding how to handle the coronavirus in Philadelphia. (AP Photo)

Update: At 4 p.m. city officials announced that all events of 1,000 or more people have been banned immediately. They expect this ban to remain in effect for at least the next 30 days.

Well, the coronavirus in Philadelphia just reached a new level. According to three sources who were on a conference call with city officials on Thursday morning, the city is asking the organizers of all events expected to draw 1,000 or more attendees to cancel those events.

The invitation to the conference call went out via email to numerous event producers, organizations and venues in the city, including concert giant Live Nation, the Phillies, the Convention Center, all colleges, and the Kimmel Center, among many others.

According to the sources Philly Mag spoke with, who asked to remain anonymous, officials gave examples of the types of events that should be canceled. These include special museum events, conferences, concerts, and large church gatherings.

The sources say that the city said “go ahead” with any events with fewer than 250 attendees. And while the city is not asking events of 250-1,000 people to cancel, they intend to advise residents to avoid them, according to the sources.

At one point during the phone call, an attendee asked if the city was “banning” events of 1,000 or more people. The city backed away from that term, say the sources, but added that “the city has the legal authority to shut down events over 1,000,” as one of the sources remembers the official saying.

Someone asked how long these measures will be in effect.

“The doctor on the line said six months,” says one of the sources. “Everybody lost their minds. But then he said that this could change and that it could all be all wrapped up by May.”

Soon after the call ended, the Philadelphia Orchestra announced the cancelation of all events and performances through March 23rd, “in anticipation of the City of Philadelphia’s recommendation that all large gatherings be suspended to limit community transmission of COVID-19…”

After learning about the call, we reached out to Sean Agnew, the longtime concert producer who runs Union Transfer, where the capacity is 1,300. He told us that the venue is going to limit capacity to 900 people. He added that Union Transfer intends to offer full refunds to anyone who asks. Agnew says that about 10 touring bands scheduled to perform at Union Transfer have already canceled.

We reached out to the city for comment. A spokesperson said that the matter will be addressed at a 4 p.m. press conference on Thursday.