The Best Thing That Happened This Week: When Is an Owl Not an Owl?

When he turns into a Panther, obviously. 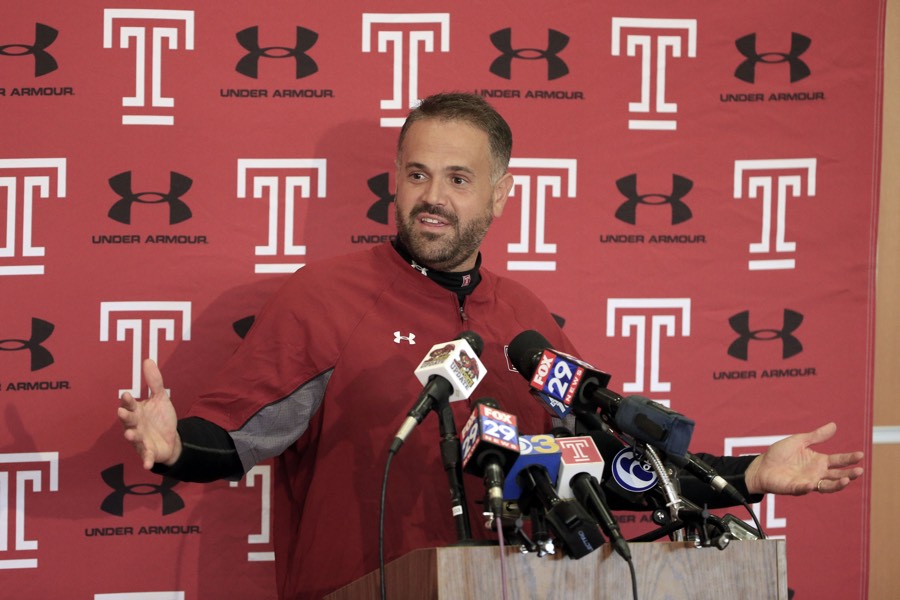 We’ll admit it: We were a little bit pissed back in 2016 when Temple head football coach Matt Rhule decamped to take the top job at Baylor. To start with, Baylor? Really? The Christian college rocked by a series of sex scandals? The one that hired Ken Starr as president? (Yes, that Ken Starr, of Bill Clinton and the Starr Report, which was once described by journalist Renata Adler as “a voluminous work of demented pornography.”) We knew Matt Rhule. We’d watched him turn Temple’s raggedy-arse program around — from last place in the division to a bowl game — in a lightning-quick three years. Why in — pardon us — hell would he want to go from Philly to Waco, Texas? What could Waco do for him?

Well, we got our answer this week, when the Carolina Panthers named Rhule their new head coach, vaulting him from Baylor (whose program he also turned around in three years) to the NFL. One thing’s sure: It couldn’t happen to a nicer guy. Oh, and there’s a hidden blessing! Rhule was also under consideration for the job of New York Giants head coach. We would have hated having to hate the onetime Penn State walk-on if he’d ended up there.