Here’s How to Recycle Your Christmas Tree in Philly

Remember when you said you'd go green in the new year? 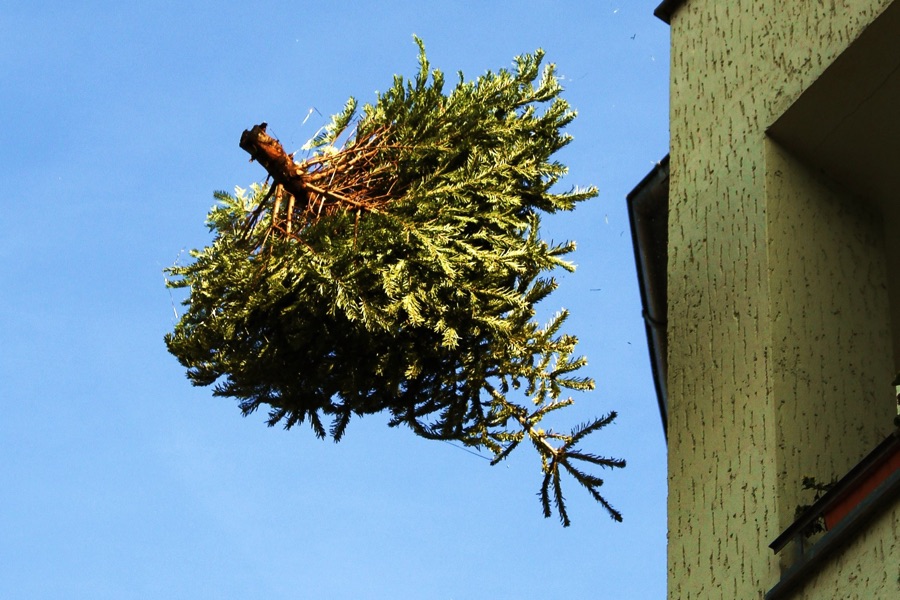 This story has been updated to correct the date at the Palmer Doggie Depot.

What to do with a Christmas tree after its holiday tour of duty? If you’re anything like the average person, you’ve probably grown used to the tradition of consigning your tree to the nearest curb, where it will then be sent away to the dump and buried. Or worse: incinerated.

But this year could be different. With just a little bit more lugging — it’s not that much extra work hoisting the tree onto the roof of your car — you could recycle your tree. It’s more exercise and more environmentally conscious! There’s two new year’s resolutions taken care of, just like that.

So how to go about this Christmas tree self-betterment? Thanks to a city program, you’ve got no shortage of options: A number of sanitation centers across town will be accepting trees between Monday, January 6th, and Saturday, January 20th. Those centers will be open from 8 a.m. to 6 p.m. Monday through Saturday. (Just be sure to strip your tree bare of ornaments, tinsel, lights, and ties before you drop it off.)

If you don’t feel like entrusting your Tannenbaum to the Philadelphia Streets Department, you could also drop it off at an event sponsored by your neighborhood civic association. Here’s a sampling. (Note: The groups with an asterisk are requesting a donation if you drop off your tree with them.)

Palmer Doggie Depot*: At the doggie depot (on Palmer Street between Frankford Avenue and Front Street), January 5th, from 10 a.m to 1 p.m.

And if you want to really turn your Christmas tree recycling into an event, we’ve got one last suggestion: on January 11th, 18th, and 25th, the Farm at Awbury Agricultural Village will take your old tree and feed it to its goats. What better way to signal the symbolic end of the holidays than with a gift?