All the Drama Over the 10-Year Tax Abatement Bill, Explained

Mayor Kenney flexed his muscles on Thursday — and City Council bent in response. Here’s what happened this week and what’s coming next for the controversial policy. 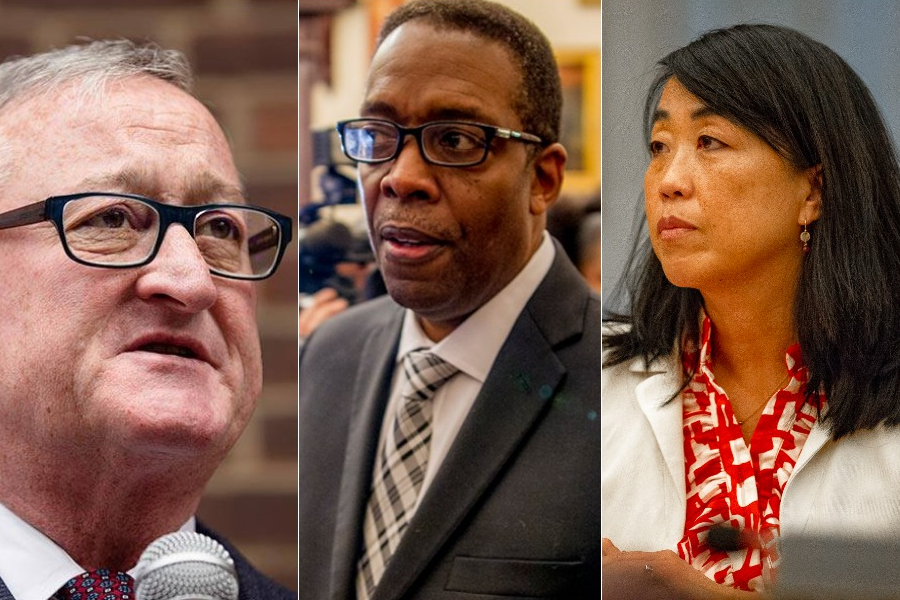 Ah, the holidays: that ever-so-busy time when we’re tasked with reflecting on the end of the year while rushing through our gift shopping, party planning and … passing or not passing a bill to amend the city’s contentious 10-year tax abatement.

Sure, that last one pretty much applies to members of City Council only, but ongoing concerns over the bill’s viability — along with some unusual back-and-forth between the mayor and City Council — have left all of us feeling a bit overwhelmed. Wondering what exactly has been happening? We’ve got a guide to the drama.

First, some context: What is the 10-year tax abatement?

We’ll keep this brief. The tax abatement exempts developers and homeowners from paying real estate taxes on new construction, or the value of improvements made to existing homes, for 10 years. When the policy was thought up in the 1970s and enacted in its current form in 2000, officials hoped it would encourage real estate development after a period of disinvestment and population loss.

What’s the argument against the tax abatement?

Critics say the city is now in a more advantageous position than at the time of the bill’s passage (pointing to a growth in the population, tax base, and median home and market values per square foot), and officials no longer need to appeal to developers through tax breaks. Plus, they argue, the tax abatement has mostly benefitted the greater Center City area, contributing to uneven growth in neighborhoods where long-time residents are frustrated over the fact that their property taxes are increasing while wealthy developers and individuals have gotten a substantial break.

Finally, they argue that the policy is costing the city and the School District of Philadelphia serious money. In an analysis of the 10-year tax abatement published last year, city controller Rebecca Rhynhart’s team estimated that if the tax abatement had been entirely eliminated in 2016, the city would have brought in additional tax revenue estimated at $10.4 million (on 1,411 properties) that year. (The Controller’s Office recognized that changing or eliminating policy may have secondary economic effects that weren’t reflected in its analysis.) Alternatively, the office found, removing specifically the School District portion of the tax abatement in that same year (revenue from the current 1.4 percent property tax rate is split 55 percent and 45 percent between the School District and the city, respectively) would have brought in an additional $5.7 million in tax revenue.

What’s the argument for the tax abatement?

Supporters of the tax abatement say it’s the main reason (or one of the main reasons) why Philly’s outlook and landscape has improved in the last two decades. The total number of properties in the city has increased significantly since the policy was implemented, with more than 15,000 properties added in the past 15 years, according to Rhynhart’s report.

At the time of the report, 12,477 properties in the city had expired abatements. The annual property tax revenue associated with those properties (per values assessed in 2017) was $83 million, assuming a 100 percent collection rate. The office noted that such revenue “may not have been generated had these properties not been built or improved.”

Also in the report, though, Rhynhart’s office stated that “while the abatement policy has helped spur development in the city,” the “exact increase in development attributable to abatements alone cannot be known; other factors, like the national trend toward urbanization, immigrant population increases, and lower crime rates in cities, also contributed to broader development in and attraction to urban areas like Philadelphia.”

What would this new bill do?

The legislation that City Council is considering would amend the current tax abatement policy for residential properties only. Under the new bill, exemptions for real estate taxes on residential properties would still start at 100 percent, but over a period of 10 years, they would decrease at a rate of 10 percent per year. So 100 percent of a property’s assessed value would be abated in the first year, then 90 percent in the second year, 80 percent in the third year, and so on and so forth. After the 10th year, the exemption would end.

A previous version of the City Council bill would, had it been passed and signed by Mayor Jim Kenney, have gone into effect in July 2020. But Kenney sent a letter to City Council on Thursday morning stating that he would not sign the bill if it weren’t amended to begin at a later date.

This muscle-flexing is unusual for the mayor: He has never vetoed a City Council bill, per WHYY. It’s worth noting that while Kenney wasn’t technically threatening to veto the bill, it would have died without his signature. The bill’s passage would have come too close to the end of the four-year City Council term, and all old legislation dies when a new City Council cohort takes office. To add to the drama, two of the four newly elected City Councilmembers have said they support abolishing the tax abatement altogether.

Kenney’s letter came after a heated City Council hearing on Tuesday, during which developers, lobbyists and real estate professionals complained that changing the abatement in July would negatively affect construction projects that are underway and planned for next year.

How did City Council respond to Kenney’s letter?

In a letter to the mayor, City Council president Darrell Clarke wrote, “I understand your concerns as to the impact of the proposed effective date in the legislation, and how it may impact development projects already underway or soon to begin. In the spirit of compromise, since you and your administration have moved off your initial, suggested date of implementation, as detailed in your chief of staff’s testimony at a Committee of the Whole hearing this week, Council stands ready to work with you on this request.”

All City Councilmembers but Helen Gym voted to amend the bill to include an implementation date of December 31, 2020. In a tweet, Gym said it was “embarrassing for our Mayor and City to freak out about tax subsidy reform while residents are being displaced and schools crumble.”

When asked about her initial response to Kenney’s letter, City Councilmember Maria Quiñones-Sanchez told WHYY she wondered “what Councilman Kenney would say about this.”

What’s next for the bill?

The bill will go before City Council for a final vote next Thursday. It’s expected to pass. If it does, the 10-year tax abatement policy would be amended for the first time since it was implemented.

Once enacted, the bill is projected to generate $275 million in tax revenues, with 55 percent going toward the School District, according to Clarke.

“We look forward to your signing Bill 190944 with the amended implementation date, as promised in your correspondence to me today,” Clarke wrote in his letter to Kenney on Thursday. “The time to approve abatement reform is now.”