The game exhorts players to “Explore your boundaries. Touch your friends. Change the world.” But its Kickstarter campaign is foundering. 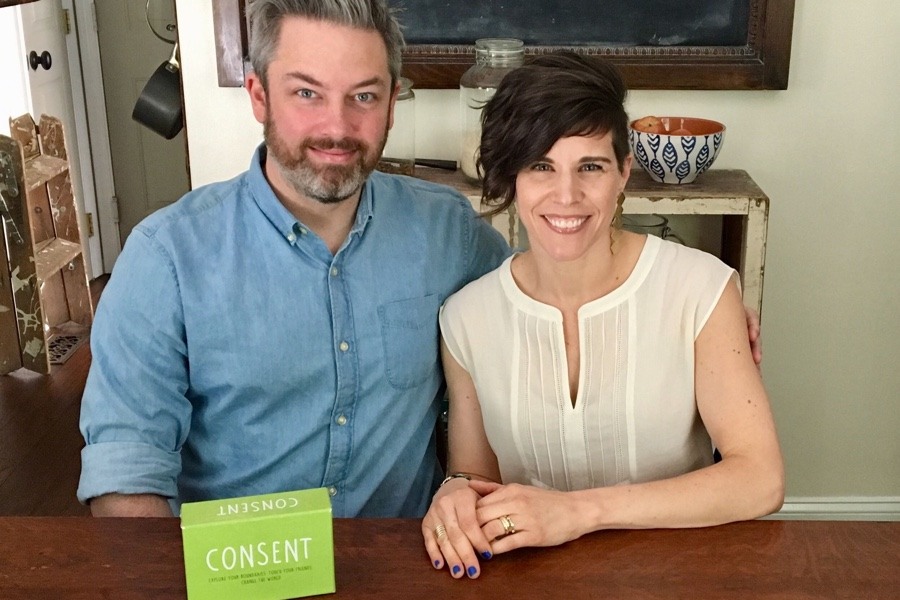 Erin and Ken Moeller have a theory: Adults are too nervous, possibly even too immature, to discuss “uncomfortable subjects” like sexual consent. So they created a card game to trick them into doing it.

The game is called “Consent,” and it exhorts players to “Explore your boundaries. Touch your friends. Change the world.” A lofty goal for a game in which you’ll be doing things like licking people’s ears, caressing their butts, or kissing their chest. (There’s a clothing-optional “expansion pack,” too.)

The idea for the game came to Erin in the summer of 2017, in the midst of headline after headline of #MeToo stories. “It makes me sad,” she told her husband, “that the subjects of contact and intimacy have become scary and that people are just taking what they want.” So, she thought, why not educate people through a card game?

The basic gist of the game is this: Players draw cards, which include actions like “Hold someone’s hand” or “Sit on someone’s lap.” Everyone shares the actions they might consent to, and if there’s a match, people start the lap-sitting. The hope is that this will both be fun and prompt some education about consent along the way.

The Garnet Valley couple worked on the early prototypes for a year, at which point Ken quit his software management job at Comcast to focus on the game full-time — illustrating all of the cards, putting together a three-minute animated trailer, setting up a Kickstarter campaign.

But about that campaign: Well, it’s foundering. The Moellers set a modest $10,000 goal, which would supplement the $20,000 they say they have already dropped on the game. Nearly a month in, they’ve raised just $4,375 from 75 backers. The campaign ends on Thursday morning.

“I think the main miss was overestimating the extent to which the game would be embraced within the gaming community on Kickstarter,” says Ken.

“The Kickstarter is not being too kicky at this point,” Erin adds.

Part of the problem, the Moellers insist, is that they’ve developed a card game — “Spin the Bottle for the modern era,” as they describe it — in which there is no keeping score, no winner. There’s not really an end, either: The game keeps going until the players have had enough spinning and consenting.

There was, early on, a points mechanism: those who consented to more activities racked up the highest score. But through testing an early version of the game in board-game groups and a polyamory meet-up, the Moellers realized that the system made people uncomfortable — not to mention the fact that it was more than a little philosophically dubious. “We don’t want to incentivize consent,” says Ken. “We want it to be pure.”

But because the game has no winner, it hasn’t caught on among the hard-core gaming community on Kickstarter. So instead of passing “Go” and collecting $200 (or more: another recent alien-themed consent game called Consentacle raised $154,000 last year), Consent has been stuck in jail. 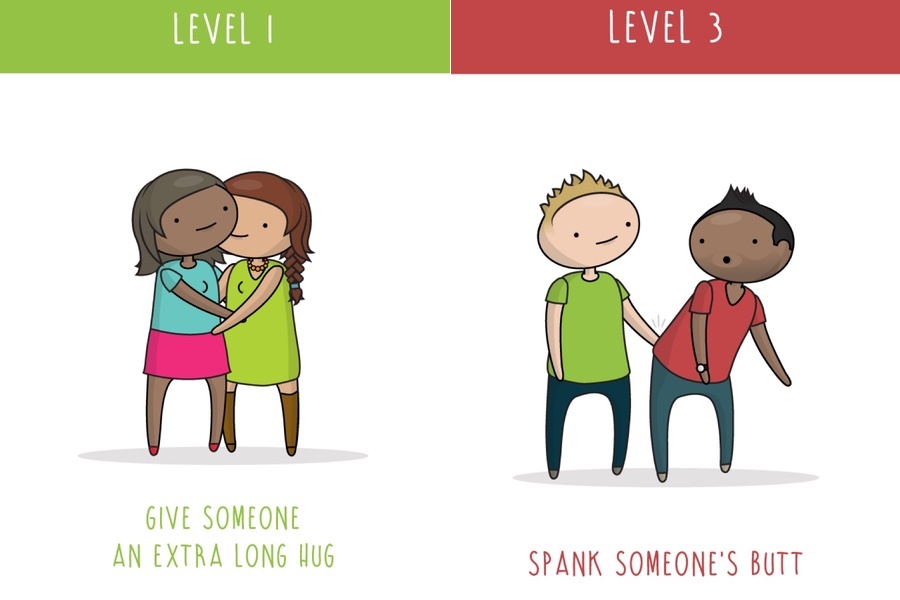 Two of the “action cards” from Consent.

There’s one big question about the game: Should the serious topic of consent — which many educators are now beginning to teach as early as elementary school — actually be turned into entertainment? Could it just end up trivializing the whole thing?

Tori Eaton, a health and sexuality educator at Philadelphia’s Mazzoni Center, says the game certainly has some value: “Every person, at every age, needs to have consent conversations. As a society, we haven’t been talking about it in a generalized context until very recently.”

But Consent, according to Eaton, may not be the universal game the Moellers intended it to be: “It is kind of coming from a non-traumatized heteronormative lens. Even the way things are categorized — there are easy actions, middle actions, hard actions. But that’s not true for every person.” The game also elides the more nuanced “maybe” by placing consent in a yes or no framework — what Eaton calls an “affirmative binary model.”

The Moellers might have caught on to some of this had they consulted with sex-ed or trauma experts in developing the game. “We just had a vision for the game and moved forward with it,” says Erin. Still, she and her husband say they have been thinking about the same points Eaton makes. “Even as people are playing, being silly and laughing, real conversations come up,” Erin says, like why a person may consent to, say, butt-spanking, but not the hair-stroking. “Lots of revelations take place, and that doesn’t happen organically in situations.”

Based on the early returns, the Moellers have realized that college students are the demographic most into Consent. That might suggest a way forward — and perhaps more of a shot at educating people. “At the college market, we want to captivate people when they’re young enough, before they’re choosing partners,” Erin says, before pausing.  “If they’re choosing partners.”