Sanders and Warren Support Safe Injection Sites. Here’s What That Could Mean for Philly

Trump’s DOJ is fighting to keep Philly’s Safehouse closed, but there’s a not-so-far-fetched scenario out there in which a Warren or Sanders administration gives it the green light. 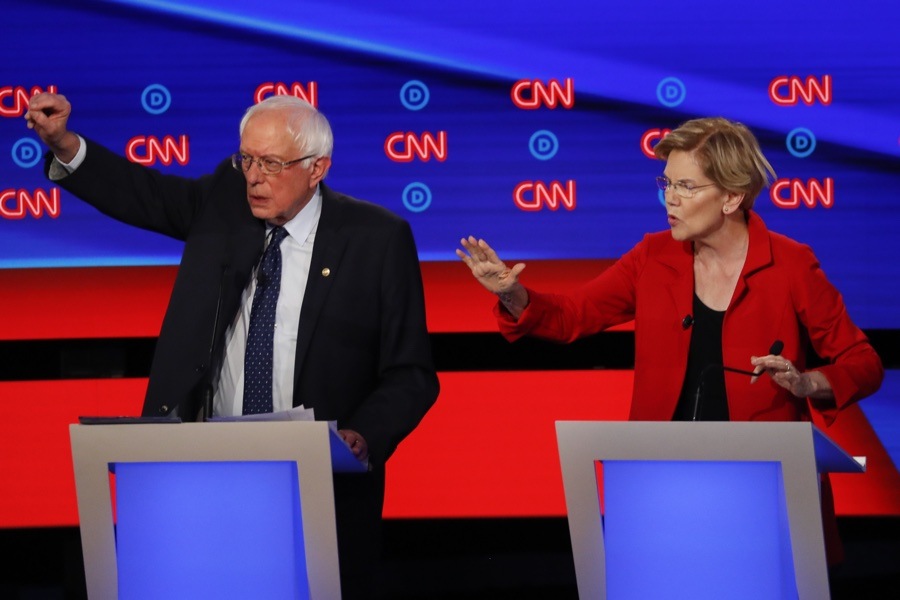 The legal debate over Safehouse, Philly’s proposed safe injection site, is a typical conflict born of federalism. On one side, there is Safehouse founder Jose Benitez, who has received tacit approval to operate from the likes of Mayor Jim Kenney and DA Larry Krasner, despite there being no explicit city law that allows safe injection facilities. On the other side — the one that has filed a lawsuit in federal court to prevent the opening of Safehouse — there is the U.S. Department of Justice.

But what if the federal government didn’t actually oppose safe injection facilities?

Needless to say, both policies would represent a significant pivot from that of the current administration, whose view is that any safe injection site is illegal. It doesn’t matter that Kenney and Krasner have supported safe injection sites, nor does it matter that Gov. Tom Wolf (despite his own opposition) has also pledged not to enter the fray. So long as one branch of government — represented by U.S. Attorney Bill McSwain — disapproves, Safehouse’s future is far from safe.

The crux of the legal argument against Safehouse has to do with a provision of the Controlled Substances Act, the so-called “crack house statute,” which declares it illegal to operate any sort of facility in which people use controlled substances, including heroin. One of the co-sponsors of that statute back in 1986 happens to be another Democratic presidential candidate: Joe Biden. (Biden himself has yet to share a firm position on the question of safe injection sites. His own criminal justice plan, which repudiates many of the laws he once supported, makes no mention of the policy.)

Consider a brief hypothetical if Safehouse loses its federal case: A Warren or Sanders presidency could provide a lifeline. Neither candidate would likely direct their DOJ to target a safe injection site like Safehouse, even if it were technically flouting the law. That would make it legal — on a de facto basis, anyway. It’s a familiar strategy: think back to how DA Krasner fully decriminalized marijuana, not by changing the law (which in some cases still stipulates a criminal penalty), but by simply not prosecuting cases.

If such a scenario were to play out under a Warren or Sanders administration, there would likely be just one potential obstacle for Safehouse: state attorney general Josh Shapiro. Last year, Shapiro said of safe injection sites, “I think they’re illegal. There’s no safe way to inject yourself with this type of poison.” But that opposition may not necessarily translate to a lawsuit. Asked if AG Shapiro would ever file a suit to prevent Safehouse from opening, a spokesperson wrote, “We have no plans to file our own state suit. We are following the case closely as it proceeds through the courts.”

More than anything, Sanders’s and Warren’s support of groups like Safehouse signals the mainstreaming of an idea in American politics that even just a few years ago was considered fairly radical. A Pew survey from March of this year suggests a similar dynamic: 50 percent of Philadelphians would support a safe injection facility in the city, according to Pew.

But the future of Safehouse may not come down to elections or public opinion at all. There is another hypothetical to remember, too: A federal judge could still declare Safehouse legal, which would of course render all of this moot.