According the mayor of Upper Darby, it is structurally unsound and poses a hazard to public safety. 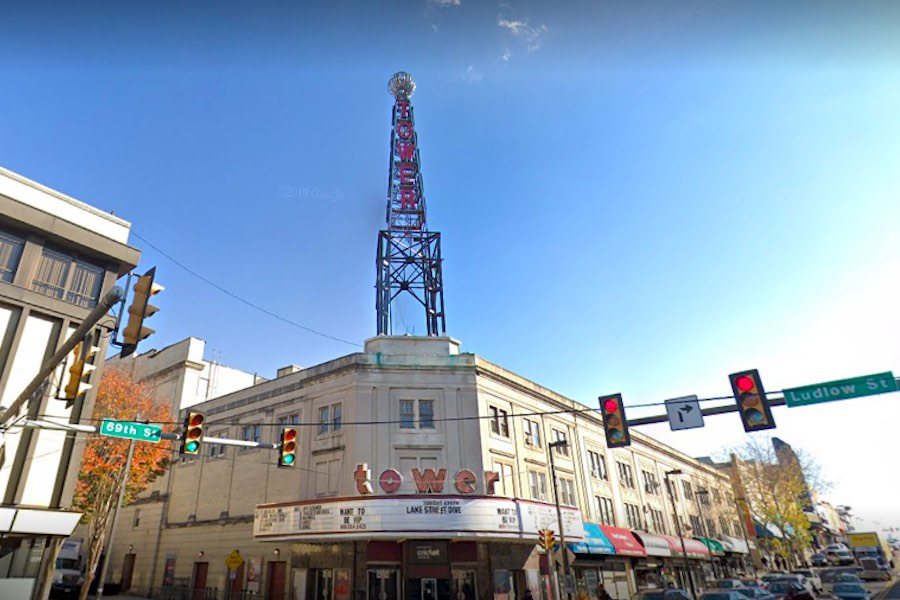 The Tower Theater in Upper Darby. (Photo via Google Maps)

If you’ve ever been to 69th Street in Upper Darby, you know that one of the most striking elements of the once-thriving commercial district is the iconic spire that sits on top of the Tower Theater. Well, as of the end of this week, the Tower Theater’s spire will be gone.

Rumors of the spire’s impending removal began circulating on social media on Monday, and on Tuesday morning, Upper Darby mayor Tom Micozzie made the news official.

“I have been notified that Live Nation, the owner of the Tower Theater, will begin the process today of taking down the existing iconic Tower signage atop the building due to public safety concerns,” wrote Micozzie in a statement on Facebook.

According to Micozzie, he was hesitant when Live Nation approached Upper Darby officials for the permits required to remove the spire after their engineers determined that the spire was unsafe due to structural integrity issues.

“I expressed my strong concern about the removal of the sign, which has become a landmark on 69th Street,” continued Micozzie, who could not be reached for comment on Tuesday morning.

Micozzie went on to explain that the township’s own engineers then did an examination of the spire and agreed that it “posed a hazard to public safety” because of “severe deterioration of the metal base,” a problem that apparently couldn’t be fixed.

“We appreciate the iconic nature and importance of the Tower signage,” Tower general manager Trenton Banks tells Philly Mag. “However, the safety and well-being of our guests is our utmost concern. In light of the sign’s age, structural integrity, and significant public safety concerns voice by our independent engineering firm and other experts, a decision was made to remove the Tower sign… Once the sign has been taken down, we plan to explore all options to potentially refurbish the signage.”

The Tower Theater dates back to the 1920s, when it served as a movie and vaudeville theater. But it is best known as one of those were-you-there-when concert venues, having hosted the likes of David Bowie, Genesis and Prince, to name just a few acts, in its intimate 3,000-seat space.