The Oval Is Officially Open

Here’s everything worth checking out along the Parkway through August 18th. 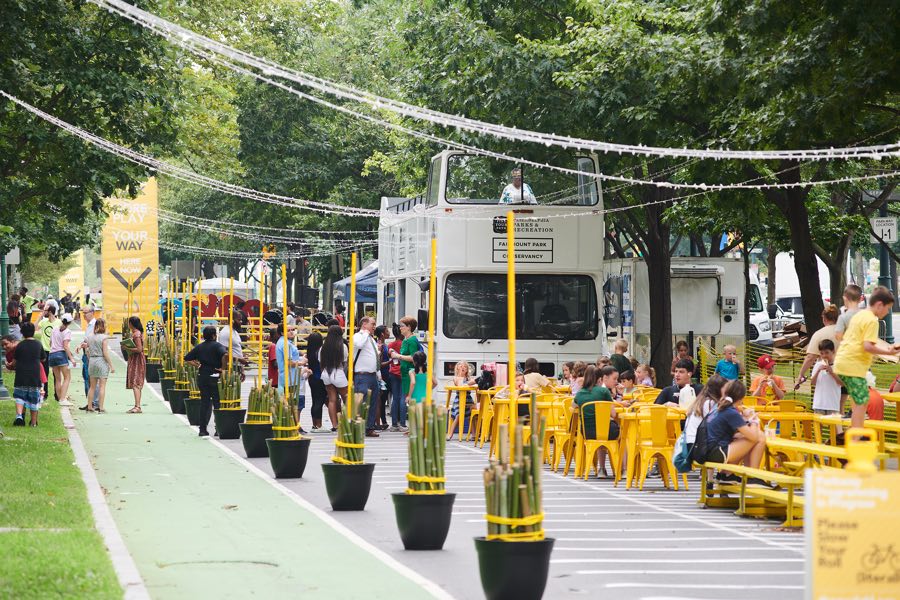 Photo courtesy of The Oval+.

It’s an urbanist’s dream: repurposing a forgettable parking lot into a gigantic ground-level mural, nixing the “ing” and creating a park in its stead. That’s what the city has done with the Oval ever since its inception in 2013 — the latest iteration of which kicks off on Friday.

This year’s version of the pop-up park — which technically is open Wednesdays through Sundays from 11 a.m. to 11 p.m., although nothing’s stopping you from walking through at other times — will run until August 18th. Among the highlights: a double-decker bus transformed into a beer garden serving Rita’s and soft pretzels, a shipping container transformed into an art exhibit, and a second beer garden, which has food from Chatayee Thai. (We approve.) And then of course there is the mural centerpiece, designed by local artist Felix St. Fort. 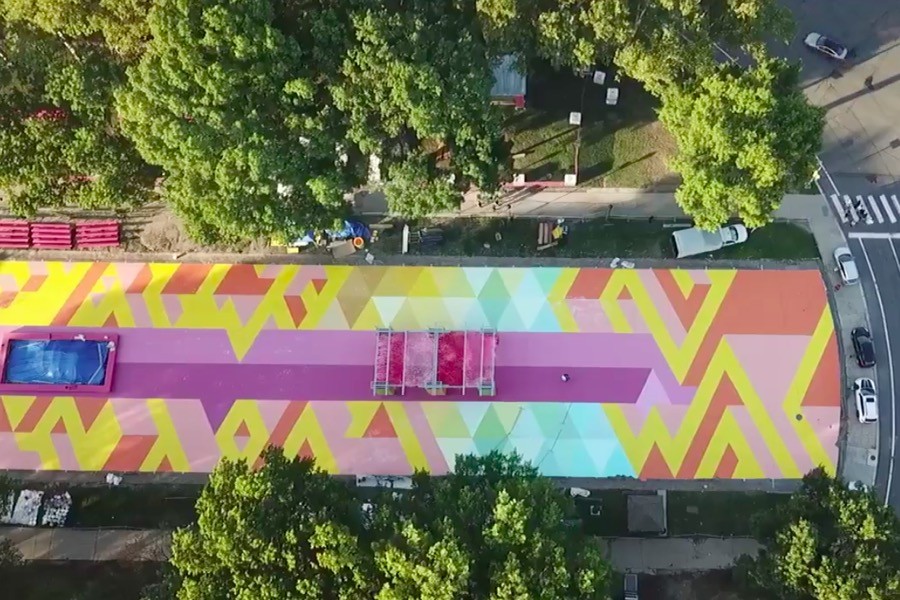 Below, a breakdown of everything else you need to know.

The Oval has never just been about food and drink (although it’s not not about that, either). The city also puts on a huge number of free events, which rotate by the day. The weekly rundown goes like this: “Wellness Wednesdays,” “Arts & Culture Thursdays,” “Food & Flick Fridays,” “Game Day Saturdays,” and “Family Fun Sundays.”

Thursday means Drag Queen Story Time every week from 11 a.m. to 12 p.m.; Friday means movie night (check out Black Panther on opening night, or Top Gun on August 8th); Saturday means it’s time to bust out your best Jeopardy James impression at Quizzo from 4 to 6 p.m.; and on Sunday, you can visit a local craft market.

There’s plenty to keep the kids entertained, too: an entire section of the Oval, near Van Collin Park, features various activities, including a basketball court and ping pong tables. And on Sundays, there’s also something called “Let’s Rock Recess!!” which apparently is a dance party for the children.

As the Oval has grown, it’s expanded from the parking lot to a segment of the Parkway. But relax, car people: The Oval doesn’t create that much of a disruption. There’s really only one major road interference to speak of, and it’s not even a complete closure: the outer lanes on the north side of Parkway will be shut down — but just from 20th Street to the Art Museum.

If you really want to take the urban pedestrian experience to the next level, consider walking or biking down Martin Luther King Drive — which is closed to cars on weekends from 6 a.m. to 5 p.m. — before you head to the Oval. (A portion of MLK drive opens to cars near the Oval at noon, but hey,  you can take the sidewalk for the last little bit.)

And who knows? Maybe one day Philly Free Streets will come to the Parkway and create a real pedestrian’s paradise. Until then, we’ll take what we can get.