Elizabeth Warren Sure Seemed to Have a Good Weekend in Philly

The 2020 candidate celebrated her wedding anniversary, hung with the crew from Friday Saturday Sunday, and (last but not least) roused the crowds with a speech at the Pennsylvania Convention Center. 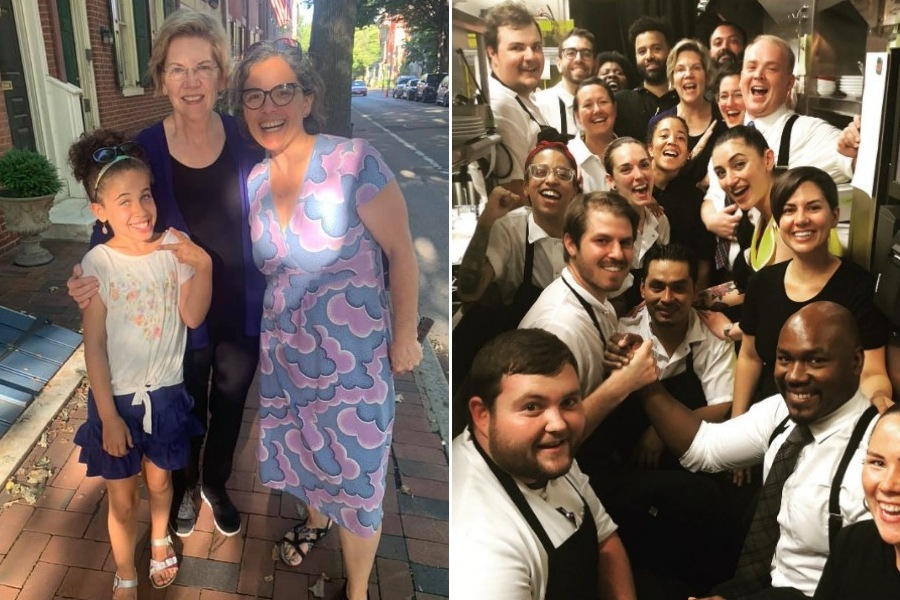 Elizabeth Warren hung out in Philly this weekend — like, really hung out.

The U.S. senator and 2020 presidential candidate took a casual stroll in Rittenhouse (and probably did some people-watching — just like we do!), celebrated her wedding anniversary, enjoyed a meal at Friday Saturday Sunday (then took photos with the work crew!), and roused crowds at the Pennsylvania Convention Center on Saturday.

By most Philadelphians’ standards, it’s safe to say she had a pretty good visit.

Warren was in town for Netroots Nation, an annual conference for progressive activists that the city hosted this past weekend. She was the most prominent 2020 candidate at the event. (The others included former housing secretary Julian Castro, fellow Sen. Kirsten Gillibrand, and Washington Gov. Jay Inslee.)

Warren received a boisterous welcome as she stepped onto the convention center stage on Saturday. On the eve of the Trump administration’s threatened large-scale immigration raids (which apparently failed to come to fruition over the weekend), Warren’s performance focused mainly on border reform and creating paths to citizenship for undocumented immigrants, as well as advocating for those already in the country.

Inquirer columnist Will Bunch wrote that with her “slum-dunk” speech, she “became president … of the American progressive movement, anyway.” It was a tough act to follow for Inslee, who was up next.

We’re willing to bet at least part of the reason Warren appeared in such good form on Saturday was because of her Friday-evening rendezvous in the city to celebrate her anniversary with her husband, Bruce. (Did you know she proposed to Bruce? Badass.)

The couple was spotted walking on Spruce Street early Friday evening by South Philly resident and midwife Christy Santoro, who said she and her child got the chance to speak to Warren about “maternal health disparities and the Hahnemann closures.” Santoro said she also told Warren about the growing “Philly for Elizabeth Warren” Facebook group, where she posted photos of the meet-up. 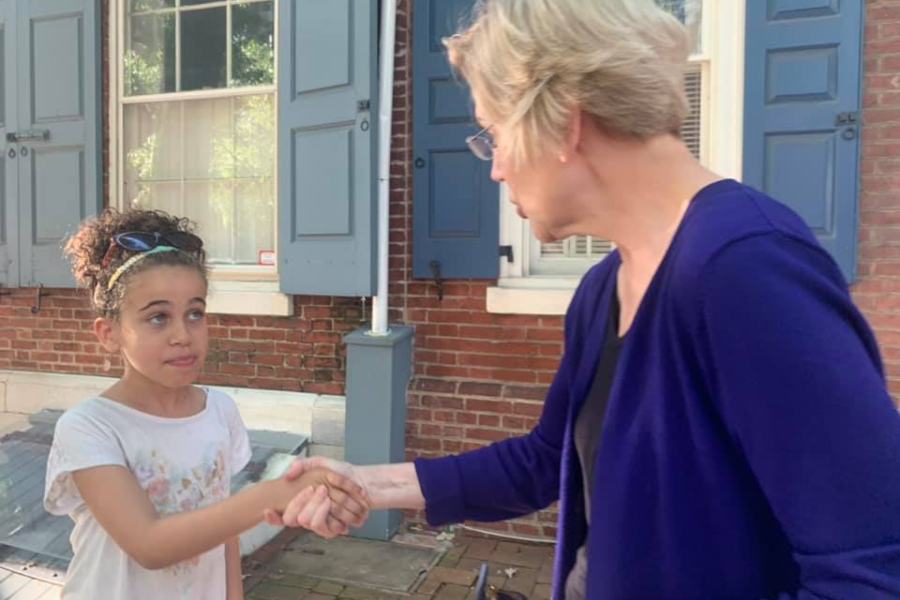 Warren and Bruce (who’s a historian and professor at Harvard Law School) might have been on their way to Friday Saturday Sunday, where they hung out with owners Chad and Hanna Williams — and the kitchen crew — later that evening.

Chad said the couple started the meal with a bottle of Sancerre, then shared eggs and caviar, beef tartare, confit artichokes, striped bass and roasted potato gnocchi, before feasting on the restaurant’s apricot upside down cake and icebox parfait. (Plus, the kitchen prepared a “very special” cookie depicting the White House, he said.)

Warren was back to business on Saturday, meeting with a panel of black women community, business and advocacy leaders (including author Feminista Jones) and, of course, wooing conference goers.

We know 2020 frontrunner Joe Biden set up his national campaign headquarters here in Philly (where the University of Pennsylvania has paid him quite the sum for a faculty gig) — but we haven’t been seeing him quite like we saw Warren this weekend.