The 2020 presidential candidate recently spoke out against the decision — and members of his campaign team will protest outside the facility on Thursday. 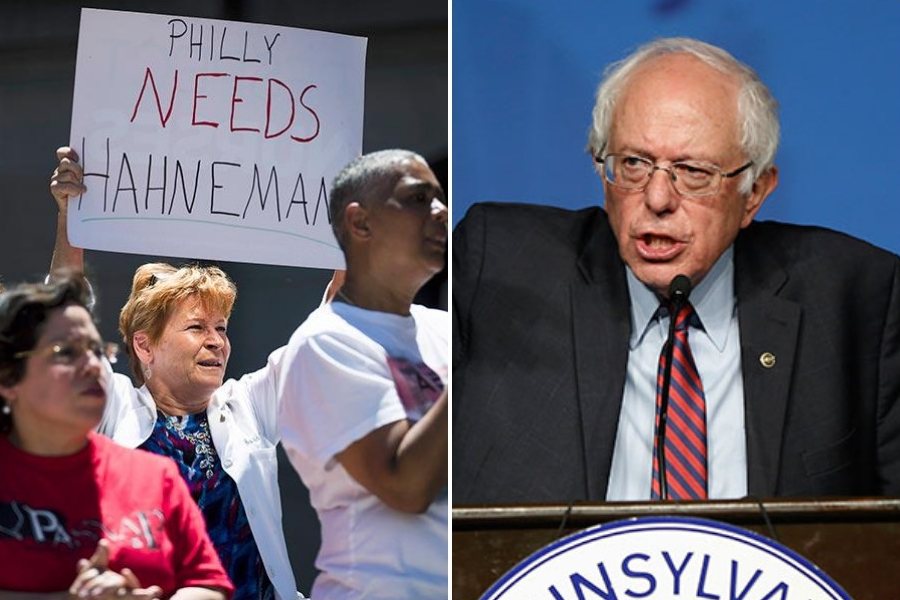 A lot of people are angry and upset over the planned closure of Hahnemann University Hospital — and that includes 2020 presidential candidate Bernie Sanders.

Days after Sanders denounced the facility’s forthcoming shutdown, top members of his campaign team — including co-chair and former Ohio state senator Nina Turner — are expected to protest outside the hospital in Center City this week.

They’ll join members of the Pennsylvania Association of Staff Nurses and Allied Professionals, which has railed against American Academic Health System CEO Joel Freedman’s decision to close Hahnemann. Freedman has defended his position, stating last month that despite “relentlessly” pursuing “numerous strategic options to keep Hahnemann in operation,” the facility can no longer operate under “continuing, unsustainable financial losses.”

Hahnemann, which employs roughly 2,500 people, has treated patients in Philadelphia — many of them low-income residents — for 171 years.

About 800 employees are represented by PASNAP, one of two unions organizing Thursday’s rally outside the hospital, which is set to kick off at 11:30 a.m. The group has protested the closure four times since it was first announced late last month, at demonstrations held at City Hall and even outside Freedman’s home in Rittenhouse. It’s organizing the demonstration in conjunction with District 1199C, a local affiliate of the National Union of Hospital and Health Care Employees, which has said it also represents several hundred workers at Hahnemann. Both organizations want the hospital to remain in business.

Bill Neidhart, a spokesperson for the Sanders campaign, said the organization is encouraging the Vermont senator’s supporters to show up to “bolster” the unions’ efforts.

“In terms of Bernie supporters, we’re expecting at least dozens to show up — a sizable crowd that highlights the union movement and the Medicare for All movement, which are one and the same in many ways,” Neidhart said.

Sanders has long championed Medicare for All, which PASNAP has supported for at least a decade. The union endorsed Sanders in the 2016 campaign, but Matthew Cunningham-Cook, a spokesperson for the organization, said the organization’s members have not made a decision about backing Sanders — or any other candidate — in the 2020 election.

Either way, Cunningham-Cook said the Sanders campaign has “been very helpful to generate turnout of their supporters” at union-related protests.

The organization said it expects at least 150 people from both unions to attend the demonstration at Thursday.