It’s laughable to compare a national Democratic-Socialist standard-bearer to an establishment-backed Democrat in a city that has yet to truly embrace radical policies. 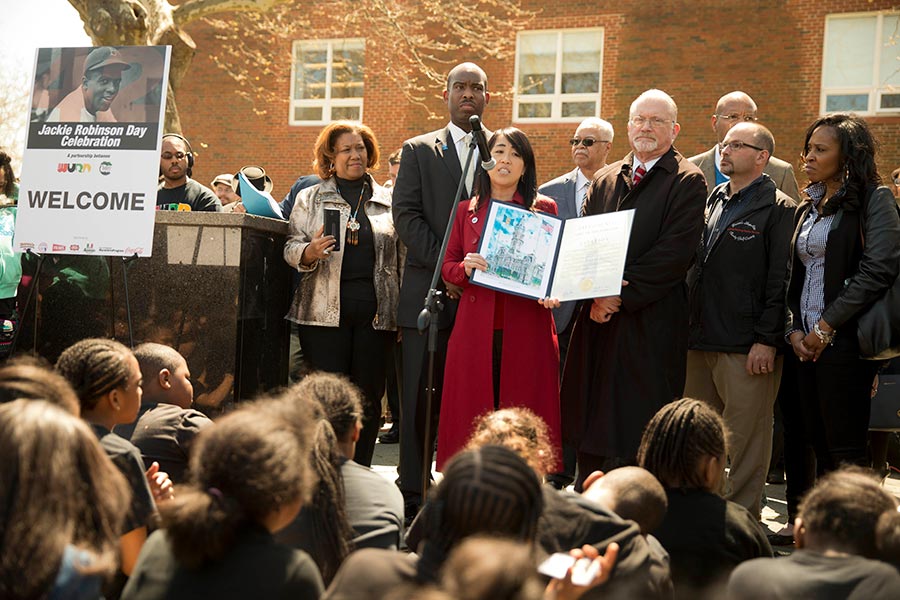 It didn’t take much for me to swear at my computer on Tuesday morning when I read the Philadelphia Inquirer feature story that frames City Councilperson Helen Gym as Philly’s answer to U.S. Rep. Alexandria Ocasio-Cortez.

Diving right in with the headline — “Philly’s AOC? How Helen Gym became the city’s most progressive Council member” — the story goes on to suggest that Gym is “likely Council’s most progressive member” because she’s “a bit of a burgeoning celebrity in national progressive circles” who isn’t endorsing Joe Biden for president and is being sought to speak at various mainstream political events.

“I’d imagine a lot of AOC’s detractors would say the same thing of her — always stealing the limelight, always going for the sexy win,” Debbie Wei, a person who worked with Gym in the past, told the Inky. “And watching her operate, I know that’s not what she cares about. She cares about social justice.”

Philly, we have a problem. This isn’t how being progressive works.

For starters, it’s pretty damn reductive (and arguably racist) to compare two women of color in politics simply because of their increased visibility. It’s the same kind of intellectual laziness on display every time someone compares any Black politician to Obama — foolishly suggesting that racial identity automatically defines one’s politics. It must suck to be Cory Booker running for president and reading headlines that suggest your supporters view you merely as “Obama 2.0.”

Really, Gym is nothing like Ocasio-Cortez in the slightest. The councilperson is nearly twice the freshman congresswoman’s age and has been active in political circles for decades. Unlike AOC, Gym has served a term and won a reelection primary with the backing of the establishment (via a Philadelphia Democratic City Committee endorsement) that she didn’t have when she first ran. Gym is a true-blue Democrat who often steers clear of publicly confronting the machine, while AOC is a Democratic-Socialist who regularly clashes with longtime Democrats.

The only thing both women have in common is the fact that they are of color and navigating a political climate that doesn’t understand what being a progressive truly means.

Anyone suggesting that Gym is “Philly’s AOC” is pretty much setting the lowest bar on what progressivism would truly look like in this city. This is not to suggest that Gym hasn’t accomplished anything major (the passage of the Fair Workweek bill is commendable, and advocating for local control of the school board is badass). But if we’re measuring progressiveness based on national celebrity, public appearances, and voicing stances that are safely in line with establishment credos (championing public schools, pushing the soda tax, loving unions, and bashing Trump), we’re being myopic in the extreme.

In a city with embarrassing levels of racial inequity and extreme poverty, true progressivism should be rooted in radical politics that disrupt the status quo. Politicians like Gym are too popular and too cozy with the establishment (she won’t speak out against Johnny Doc and is buddies with Mayor Kenney) to truly lead the political reshaping this city desperately needs. A true “Philly AOC” would be an elected official who isn’t backed by the establishment and who aggressively proposes radical legislation that would center marginalized communities and carry Democratic-Socialist values. City Council doesn’t currently have anyone that fits this bill — so any and all comparisons to Ocasio-Cortez should immediately cease.

Right now, people in our political circles should begin to reflect on what it means to be progressive as a legislator and not simply as a public figure. For one, let’s drop the activist-while-elected approach that’s gotten played out and counterproductive. And perhaps we should aspire to more transformative impact within our own communities instead of confusing premature national recognition with success. Until this tired ol’ Philly Democratic machine faces more challengers and gets hit with more upsets, it’s just buzzword lip service and bullhorn theatrics in the name of “progress.”