The Best Thing That Happened This Week: Rick Santorum Clears Up That Whole Bitcoin Business for Us

In case you were thinking of investing … 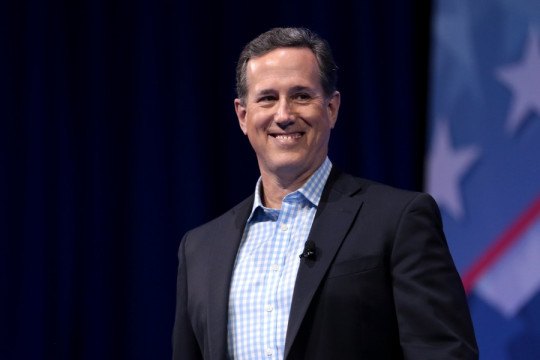 We have several nieces and nephews graduating from assorted schools this year, and as a novelty, we’re sending them graduation cards containing cash, a.k.a. paper money, along with a note explaining that they can use it the same way they would a credit card, a debit card, or even a gift card. It’s magical! We were reminded of this when we read about former U.S. Senator Rick Santorum’s latest venture. He’s joined the board of Cathio, a whole new way for the religiously inclined to prop up an oppressive and misogynistic mythology even as Cathio pockets a slice of the take. Cathio is bitcoin for Catholics, which means it’s … well, we really don’t have any freaking idea what bitcoin is or does, despite having perused any number of explainers on the damned stuff and had our millennial son attempt to explain it to us over and over again. (He’s not a fan, by the way.)

As near as we can tell, bitcoin is imaginary money that you can use to buy a cup of coffee in Portland, Oregon, but not really anywhere else, and that requires as much energy as the country of Ireland uses annually to produce, even though it’s not real. (This is where we’re continually stymied: Why should something that doesn’t actually exist require such vast outputs of electricity to not generate?) Santorum is an imaginary-money proponent because he sees the stuff as attractive to The Youths, who are turned off by his particular brand of organized religion: “Millennials don’t carry cash, they date on apps and watch on-demand entertainment. We have to be there, we have to learn from successful tech companies, and we have to provide a universal solution that makes it easy for younger generations to engage with the Church.” Okay, then. Forget the child abuse and poverty-exalting; bring on the play money!

We used to worry that not understanding bitcoin would leave us destitute in the economy of the future — that while the rest of the world happily handed pretend gold to one another (in the dark, though, because of the energy thing), we’d be standing sadly at the Dunkin’ counter, trying to buy a cup of joe with the scrapings from the bottom of the change cup on our dresser. But now — oh, happy day! — we don’t have to worry about that anymore. Because if Rick “Planes Fall Out of the Sky!” Santorum is in — the CEO of Cathio, by the way, is his son-in-law (cheesy Irish-castle wedding photos here!), and the co-founder, Cameron Chell, has been repeatedly charged with financial misconduct, so that’s promising — we can be damn sure Cathio coinage is just as much a figment of imagination as Rick Santorum’s brain.