But the store says that it was Odunde organizers who wanted the festival to be a “dry event.” 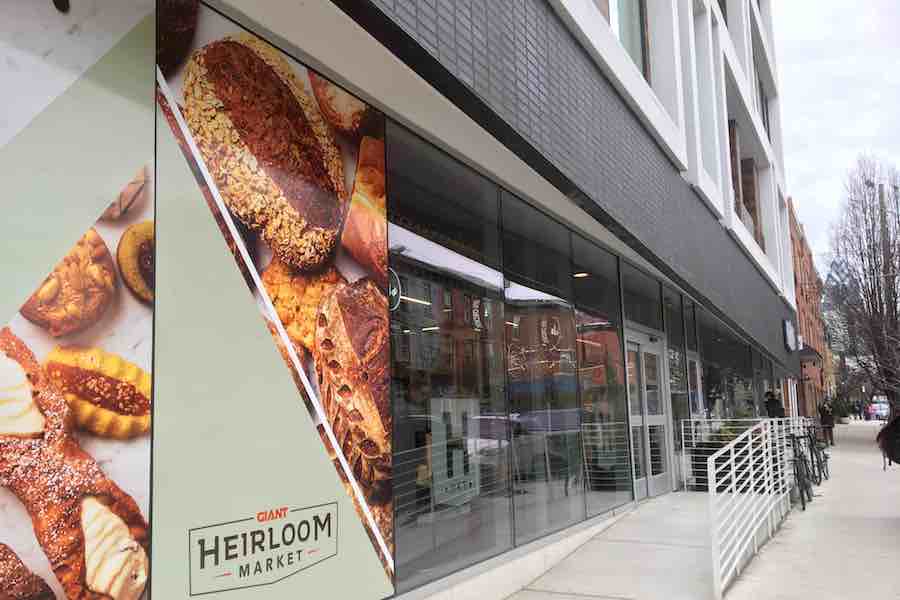 Philadelphia’s Giant Heirloom, where a sign posted during the Odunde Festival stirred up controversy. (Photo by Mary Clare Fischer)

Philadelphia’s 44th annual Odunde Festival took place on Sunday, bringing many thousands of people to the city for what is billed as “the largest African American street festival held in the country.” And while the Odunde Festival was, as usual, a huge success and a beautiful celebration, it was not without controversy thanks to a sign posted at the Giant Heirloom at 23rd and Bainbridge streets, smack dab in the middle of the event.

“At the request of local law enforcement, there will be no alcoholic beverage sales today,” read the all-capped sign on display at the Giant Heirloom, which normally sells beer and wine. “We’ll resume selling the good stuff after the Odunde Festival.”

A photo of the sign began making the rounds on social media in a big way, with many people expressing concerns over why alcohol sales would be restricted during a festival that draws a largely black crowd.

“It’s such an important and beloved day by Black Philadelphians and always feels like a family reunion, an event that goes down every year with almost no conflict, and pure joy from start to finish,” wrote one critic of the sign on Facebook. “But this is what happens when gentrification fuels Anti-Blackness on full display. You won’t see this at hardly ANY other festivals in Philly. Pride was the same day, and had no such policy. Odunde was, as it is every year, [an] incredible, positive experience, with little to no issues, again AS IT IS EVERY YEAR. I guess the new ‘neighbors’ wanted to have a little bit more power over an event many wanted gone a few years ago.”

In a statement to Philly Mag, Giant Heirloom spokesperson Christopher Brand said that it wasn’t the store’s idea to restrict alcohol sales during the Odunde Festival.

“Upon meeting with the event organizers and police on March 29, we respected their wishes in support of their desire to conduct a dry event,” he wrote. “Clearly, we hurt the feelings of some in our community and for that we deeply apologize.”

In response to Giant Heirloom’s statement, a spokesperson for the Philadelphia Police Department insisted that police didn’t tell Giant Heirloom to cease alcohol sales during Odunde.

“PPD never ordered any business to stop the sale of alcohol at Odunde,” said the spokesperson. “PPD did introduce the Giant manager to a representative from the festival … But to be clear — the organizers may have requested this of Giant or other retailers, but it’s just that — a request. They cannot direct establishments not to sell alcohol.”

Philly Mag reached out to festival organizers repeatedly to discuss the matter; they have yet to respond. But it is clear that the Odunde Festival itself is a dry event — vendors are explicitly prohibited from selling alcohol.

“Odunde is a holy day for many of us who attend,” says East Mount Airy resident Dimka Mati Braswell, who has attended the Odunde Festival and volunteered for it off and on since she arrived to the city in 1996. (Braswell follows Ifá, one of the many traditional African religions represented at Odunde.) “Like in Catholicism, where you have days that celebrate saints, this is a day where we celebrate the deity Oshun. And when we have holy days like this, we are not allowed to drink. It’s offensive to our ancestors … But as for this sign at Giant Heirloom, it was poorly worded and very tone deaf.”