The Best Thing That Happened This Week: During Trump State Visit, Some Truly Royal Shade

What do you give a man who thinks he’s everything? 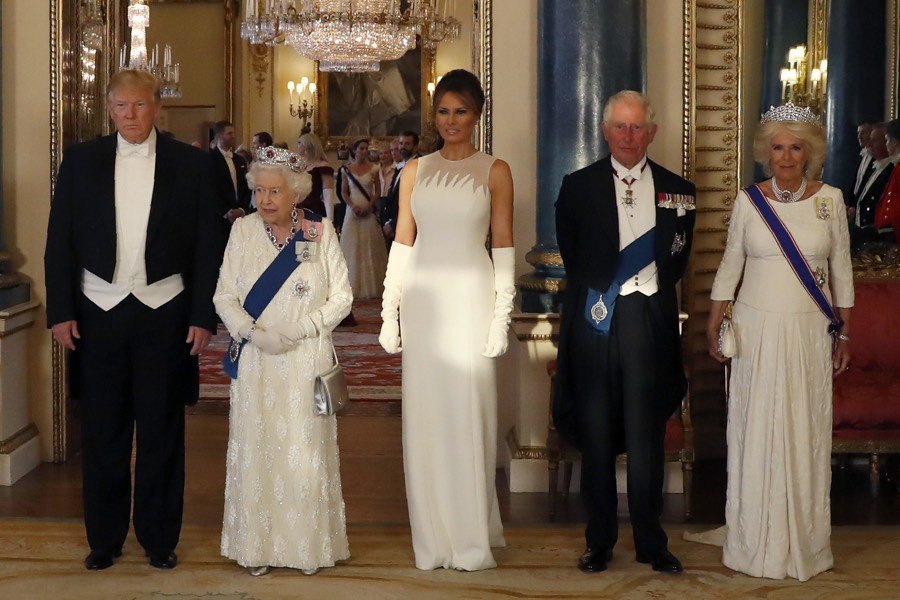 So President Trump packed up some ill-fitting suits and headed off to impose himself on our nation’s closest friend and ally this week, for which all true Americans sincerely apologize to Her Majesty et al. As Washington Post columnist Eugene Robinson put it in a headline, “I don’t often feel bad for British royals, but when Trump visits, they have my prayers.” Beyond the wardrobe snafus, our Doofus in Chief also failed to recognize a gift he gave Queen Elizabeth last year, touched Her Highness on the back, clinked his glass to hers like any yahoo at a Lower Bucks birthday party, and brought the whole fam along, like some ghastly Second Coming of Jed Clampett. (Never mind the curdled optics of having a draft-dodging, war-criminal-pardoning cad show up for the 75th anniversary of D-Day.)

In the end, though, the royals had their revenge — beyond, that is, the fact that we fought a revolution to free ourselves from them only to end up with this. Queen Elizabeth presented the President with a subtle jab as a visiting-VIP gift — a copy of Sir Winston Churchill’s history of the Second World War. An abridged version. Even with that, we can guarantee the handsome gilt-and-crimson cover will never be cracked. And then there was the best gift of all: Camilla’s sly, knowing, now-viral Wink Heard ’Round the World. I know, she was anxious to assure us, isn’t he a total wanker?