60 Seconds of Fear on Broad Street

After a minor encounter in Center City traffic, I saw a man explode with a rage he couldn’t control. I’m convinced that only the absence of firearms left us both alive. 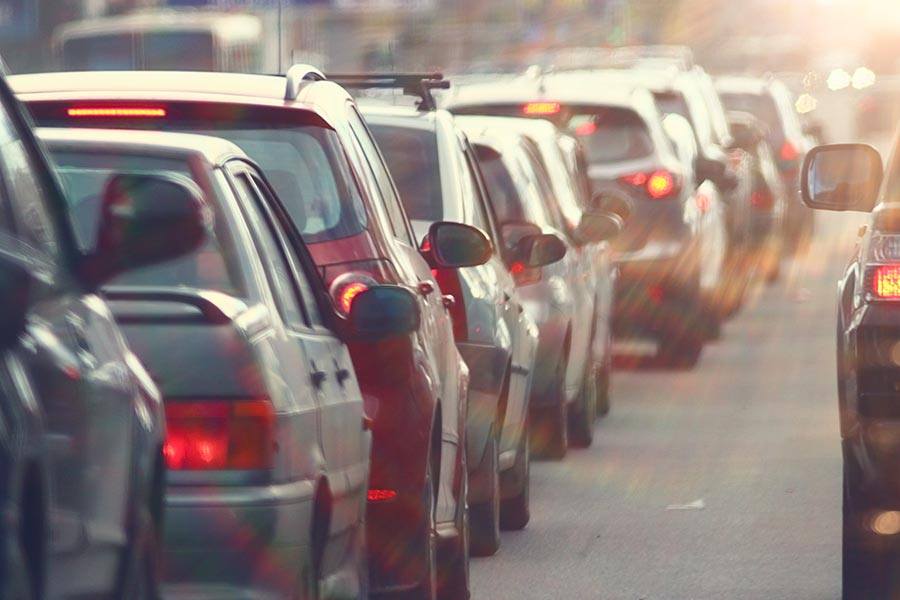 I know well the vagaries of the Schuylkill and thought I had left home with plenty of time to get into Center City. But the inbound traffic during evening rush hour last Friday was more than I had anticipated.

It was the “rage board” close to Belmont Avenue that warned me that at the precise moment I was due for a rehearsal at Broad and Pine, I would just be reaching I-676. So I crawled along before exiting on 22nd Street, then took the Ben Franklin Parkway to 15th Street before getting trapped around the City Hall apron. Instead of navigating clockwise around the building, I decided to continue south on 15th and make a left on Chestnut Street. Of course, Chestnut here is one way, with two lanes eastbound, the right of which is reserved for buses and those making turns.

I needed to turn right on Broad Street and head south to my destination, the Suzanne Roberts Theatre. About 50 yards before Broad Street, there was a SEPTA bus in the right lane. Instead of falling in behind the bus, I passed it, thinking I would turn in front of it at Broad Street. This was a mistake on my part — I should have waited behind the bus. And only when I passed the bus did I realize that there was a car in front of it, also turning on Broad. So we were now parallel to one another, both seeking to turn in the same direction. I yielded to the other vehicle and allowed it to turn in front of me.

Still, when the driver in the right lane saw me making the same turn from the left lane, he snapped.

Mind you, because of the traffic on Broad Street, we were both moving only at about 5 m.p.h., we were never at risk of collision, and neither of us was able to immediately complete the turn because the lanes in front of us were congested. The odd juxtaposition of our cars meant that we were about ten feet from one another, and afforded me a clear view of his face as he went ballistic.

“I will beat you to death!” he screamed.

There was a woman riding in the passenger seat. I could only see back of her head and could not discern her reaction. She never turned around.

His shouting lasted about 60 seconds but seemed much longer. I was sure he was going to get out of his car. And if I’d had a gun with me, I would have drawn it near in anticipation of what seemed imminent.

Instead, I sat motionless and tried to show no reaction. I didn’t avert my eyes; I looked straight at him and contemplated what I would do if he got out of his car. I had no options. There was nowhere to drive as we remained gridlocked while he continued to gesticulate and howl.

The logjam finally broke and he drove forward. I hung back so as to not pull up alongside his car and further inflame him. Still not sure the incident had ended, I tried memorize his license plate, the make of his vehicle and any distinguishing characteristics.

Now in sight was a Philadelphia cop closing access to Sansom Street. His close proximity would have been of no value had the encounter ended in a split-second of violence.

With traffic now moving and my nemesis far ahead of me, I parked and walked apprehensively to my destination, where soon thereafter I was appearing in an acting competition to raise funds to benefit the Philadelphia Theatre Company. My task was to imitate Peter Finch’s Oscar-winning performance in the 1976 film Network.

Not long after fearing for my life, I was in costume and character, barking onstage at a theater full of patrons:

“I’m mad as hell, and I’m not going to take this anymore!”

Michael Smerconish is a radio and television host, author, and lawyer.