Brian Sims stirred the pot with two viral videos, and now the pot might just boil over. 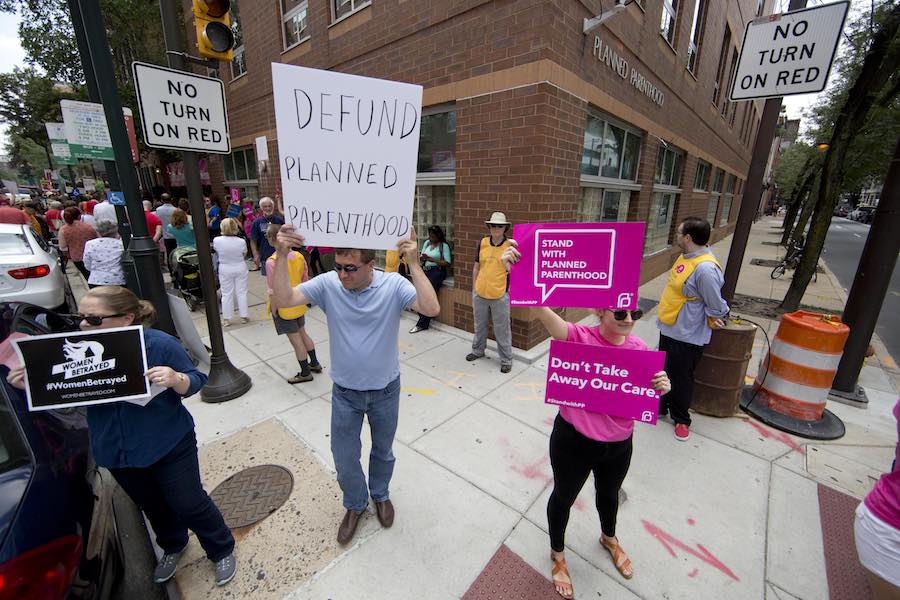 One week after Pennsylvania Rep. Brian Sims released a controversial video of himself angrily confronting a protester he termed an “old white lady” outside the Planned Parenthood location at 12th and Locust streets, anti-abortion activists say that they are ready to turn out in large numbers on Friday for a “Rally Against Bullying” at the site.

A second self-made video from Sims is also making the rounds, in which he confronts a group of teenage girls who were apparently protesting in front of Planned Parenthood and offers viewers $100 to identify them.

“Matt Walsh put out a tweet soon after the incidents,” says Philadelphia OB/GYN and anti-abortion activist Monique Ruberu, referring to the conservative Daily Wire author. “And it just sort of snowballed from there.”

Let’s organize a giant pro-life rally at the abortion clinic in Center City where @BrianSimsPA has been harassing children and elderly women. Let’s see him come out and harass all of us. Retweet this and let’s get it organized.

In a statement, Planned Parenthood has said that they “do not condone” Sims’s behavior in the videos — the organization has a policy of non-confrontation — but added that they still consider him a “champion” for their cause.

On Thursday afternoon, a Planned Parenthood spokesperson told Philly Mag that the Center City office will be open all day on Friday.

Sims hasn’t told us whether he’s going to be at the event, but Tom Stevens, of the Pro-Life Union of Greater Philadelphia, says he expects “thousands” of supporters to show up on Friday.

“Most of us who have been out there regularly have seen [Sims] before saying similar things, but never quite in such a tirade,” Stevens tells Philly Mag. “And with the videotaping, it just brings it to a whole new level. We’re outraged and horrified over the first video. And the one with the teen girls, well, that is egregious and possibly criminal. It’s really ridiculous.”

The New York–based Catholic League has called for a criminal investigation into Sims.

“Sims not only harassed an elderly Catholic woman for praying in front of a Planned Parenthood clinic in Philadelphia, but on another occasion he became equally aggressive attempting to intimidate three teenage girls,” said Catholic League head Bill Donohue in a statement. “He even offered $100 to anyone who would identify the girls, hoping to have protesters show up at their house to badger them.”

At the same time that the rally is to take place in Philadelphia, American Life League president Judie Brown is hosting a live “Holy Rosary for the Conversion of Brian Sims” event on Facebook.

In response to criticism of the two videos, Sims took to — where else? — social media on Tuesday to issue an “I can do better” statement, in which he admitted that he was “aggressive.”

I will fiercely protect a woman’s right to make the best choices for her health & her body, unimpeded. I also know that two wrongs don’t make a right, especially on the front lines of a civil rights battle. I can do better, and I will do better, for the women of Pennsylvania. pic.twitter.com/jURL1UX9qE

Sims has received plenty of support for the videos of him in front of Planned Parenthood, but many, including those who support abortion rights, have said his behavior was at the very least inappropriate.

“More power to Sims for counter protesting,” wrote one Philly Mag reader in an emailed response to our earlier story on one of his videos. “Women have a right to choose. But he went too far. He acted like a wild bully. Scary guy … irresponsible and callous. His heart is in the right place, but he acted like a whacko.”

According to a spokesperson for Mayor Jim Kenney, no permits have been requested for the Planned Parenthood location — by either side — but a Philadelphia Police Department civil affairs unit will be assigned to the scene.

Stevens maintains that this will be a calm event.

“This isn’t a protest,” he insists. “This is a peaceful event. This is not about chanting and yelling or anything like that.”

Philly Mag hasn’t received any formal information about a counter-demonstration, but it’s a safe bet that if national anti-abortion activists are showing up, the other side will have representation there as well.