Watch a Bunch of Philly Celebs Announce the Eagles Schedule

Football season is still five months away, but you can whet your appetite with this video featuring Philly luminaries such as Brian Dawkins, The Roots, and Jimmy Rollins. 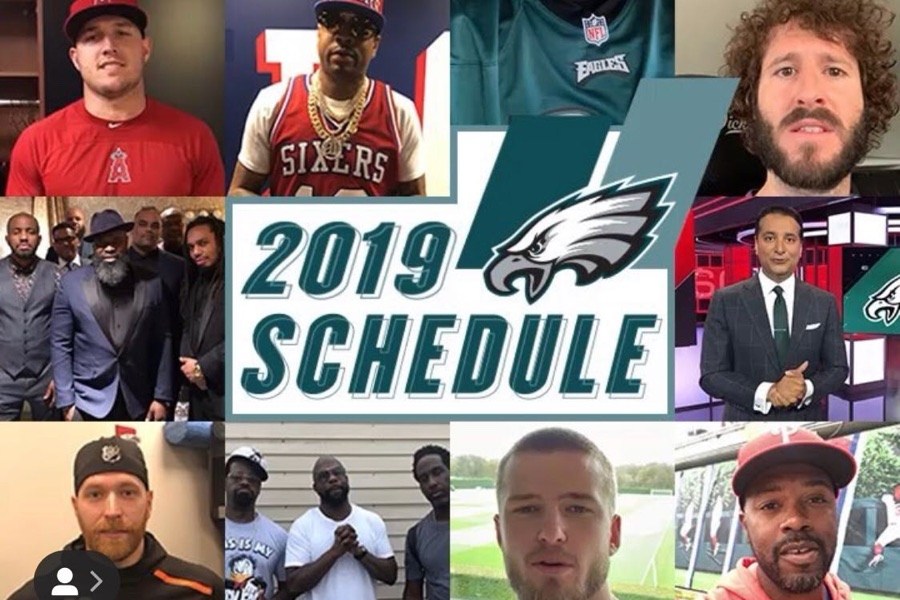 The new Philadelphia Eagles schedule has now been released. Photo courtesy of the Eagles.

Nick Foles may be gone, but that doesn’t mean the Eagles 2019 season is cancelled. And while the opening kickoff may still be five months away, that doesn’t mean it’s too early to get excited. On Wednesday, the Birds released their schedule, and instead of just tweeting out a boring calendar, the team enlisted 17 famous native (or at least honorary) Philadelphians to announce the matchups in a video.

Announcing the schedule proved tougher than we thought, so we enlisted the help of some of our friends.#FlyEaglesFly | #EaglesEverywhere pic.twitter.com/fQvlX0PdEd

Among the sports stars making appearances: Eagles Hall of Famer Brian Dawkins, U.S. national team soccer players Carli Lloyd and Julie Ertz, Villanova coach Jay Wright (who was not wearing a perfectly tailored suit for possibly the very first time in his life), and Allen Iverson, who is actually a Cowboys fan.

A number of entertainers pitched in with the announcement. The rapper by the name of Lil Dicky (PG name: David Andrew Burd), who’s from Cheltenham, made an appearance; so, too, did world-famous DJ Diplo, who attended Temple. As did the Roots and actors David Boreanaz and Morris Chestnut. Sadly, actual famous Philly actor — and noted Eagles fan — Bradley Cooper did not make a cameo.

With the rise of social media and snarky NFL team accounts, schedule announcements have become more and more clever in recent years. (One team decided to release its list of opponents this year by comparing each of its future foes to Pop-Tarts boxes). 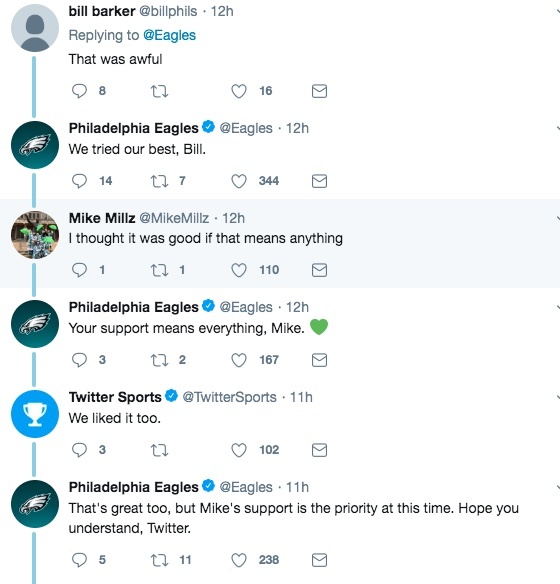 Some folks were also none too pleased with the appearance of New Jersey native and MLB star Mike Trout in the video — only because he decided to spurn his hometown Phillies and instead sign a contract extension with the Los Angeles Angels.

This man should be banned from the Linc. pic.twitter.com/WXbcCO560Q

But what the critics ignore is that at least this year’s video is interesting enough to produce a strong opinion or two. It would be hard to find much that was controversial in last year’s schedule announcement, a bland montage of the opposing city skylines. Celebrities are much more fun than buildings.

With that said, we still have one question: If you’re doing a sports announcement video, how could you neglect to include Gritty, the most famous Philly sports celebrity of all time? Oh well, there’s always next year.