State Rep. Jared Solomon has proposed a constitutional amendment that would allow voters to recall elected officials. It’s a great tool — if you trust the public to wield it. 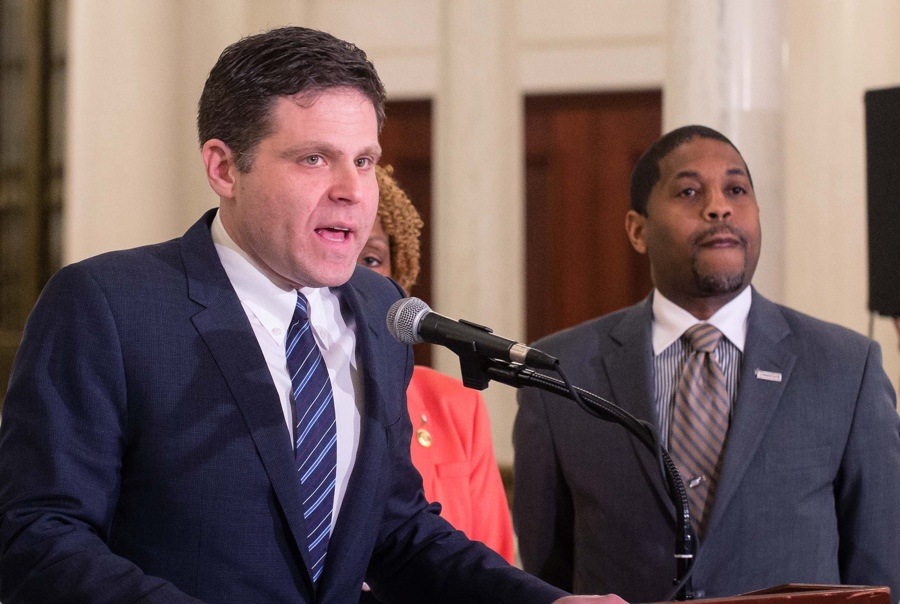 When Northeast Philly state Rep. Jared Solomon announced a proposal last week to amend the state constitution to allow for voter-led recalls of elected officials, he spoke in grandiose terms of a “package of reforms that can really restore people’s faith in democracy.”

It’s a noble idea, one that would give voters the power to effectively declare a “do-over,” provided they could round up enough signatures to trigger a recall election. What better way to restore faith in democracy, you might think, than by creating more democracy?

But there is actually such a thing as too much democracy. Just ask James Madison and Alexander Hamilton, who fretted endlessly over political factions in a democratic system. The hyper-cynical founders believed partisanship was “sown into the nature of man,” as Madison wrote in Federalist Paper 10. So they sought to build a structure of government that would check humanity’s folly.

Recalls, meanwhile, do the precise opposite, enabling a sort of tyranny of the minority. Consider how the usual recall procedure works: In most states with such laws — about half the country — if you gather enough signatures to equal 15 to 25 percent of the votes cast in the most recent election, you can drag a politician out of the statehouse and back to the ballot box. The smaller the electorate, of course, the easier it is to recall someone — which is why, historically, the recall has largely been the tool of the aggrieved small-town voter.

In Recent Years, Recalls Have Skyrocketed

Things are changing in our polarized times. While there were only 21 cases of state legislators being recalled from office between 1913 and 2008, citizens have apparently realized in recent years it’s actually kind of fun having that big red nuclear button to push at any given moment: From 2011 to 2013, a total of 17 different legislators were recalled across the country — 13 in Wisconsin alone.

Solomon isn’t blind to this possible scenario. “There are folks who say you’re going to weaponize the electorate,” he admits. But he believes the alternative — one in which Pennsylvania voters have little recourse after electing an official to office — is just as bad. “We have seen already seen how doing nothing can be weaponized,” Solomon says. “So maybe it’s not such a bad idea to give citizens some weapons of their own.”

Not all politically minded folks agree with that assessment. “It sounds like a recipe for inaction,” says Michael Hagen, a political scientist at Temple whose research focuses on elections and their consequences. The constant specter of a recall could limit an official, constraining ambitious legislative initiatives. Hagen says that’s even more problematic with elected judges, who he argues should best be left to “exercise more of their legal expertise” in their decision-making. But they, too, are eligible for recall in Solomon’s proposal.

The amendment — which is backed by the likes of the Committee of Seventy and the Philadelphia chapter of the League of Women Voters — does have some utility, like in cases where a politician has misbehaved and lost the public’s confidence to serve. It doesn’t take much prodding to get Solomon to admit he had indicted City Council member Bobby Henon — who’s running unopposed in May’s Democratic primary — in mind when crafting this proposal. “Sometimes,” Solomon wrote in a memo accompanying his proposed amendment, “when an elected official violates the trust placed in them by the voters so egregiously, voters need recourse.”

There actually is a recall provision already written into Philadelphia’s Home Rule Charter, but when voters attempted to use it against Frank Rizzo in the 1970s, the state Supreme Court ruled that the clause violated the constitution —neutering it for good. Now, it’s impossible for voters to remove Philly elected officials from office, other than in your regularly scheduled election. (A serious felony conviction could also force out a politician.)

The Recall System Is Easily Co-Opted

The crux of the issue is that while Solomon is attempting to install a quality-control mechanism to save the public from bad-behaving politicians, he’s selected a tool that can be abused. Anyone with a grievance — related to a politician’s conduct or otherwise — can trigger a recall so long as the requisite amount of signatures is reached. Hagen, the Temple professor, of course isn’t opposed to democracy writ large. “But,” he says, “maybe there ought to be limits, or at least some channeling of emotion.”

Solomon’s proposed amendment doesn’t provide any explicit framework for what the requirements to start a recall would be, leaving open the possibility that municipalities could legislate into effect a system that produces a serious case of electoral déjà vu. A better strategy would be to mandate that recalls could only be instituted on grounds of public misbehavior, which would go a long way toward mitigating concerns over politically motivated campaigns.

The recent spate of recalls in Wisconsin are an instructive example of what can happen when a dedicated minority attempts to change political results by weaponizing the system. Republican Gov. Scott Walker was elected in 2010 and promptly enacted a series of laws that limited collective bargaining, infuriating Democrats. That led them to undertake a multimillion-dollar signature-gathering campaign to spawn another election for Walker and a bunch of other Republican state legislators. The Democrats did manage to trigger new elections, although Walker and seven of the nine senators ended up winning back their seats.

“You shouldn’t remove somebody merely for political reasons,” says Terry Madonna, professor of public affairs at Franklin & Marshall College. “There has to be a statement about what the basis is and what causes there are for somebody to be recalled.”

The problem is that most recall systems around the country do no such thing. Efforts like the one in Wisconsin — and don’t take this to be a defense of Walker’s policy; far from it — become counterproductive when they’re used strictly as a way of shaping policy. We already have a mechanism for this: it’s called an election. Trying to remove democratically elected officials with more democracy ends up just leaving us with an unsavory, and undemocratic outcome.

Solomon, ever the optimist, doesn’t believe Pennsylvanians would abuse a recall system. “People are not going to just start moving and rising up if there’s not a serious reason to do so,” he says.

Pat Christmas, policy director of the Committee of Seventy, is a bit more wary. “We live in a highly politicized time, and any lever in politics that can be grasped now, through sheer financial resources, is being reached for,” he says. But he, too, believes a recall measure is one of many necessary reforms to combat what he views as Pennsylvania’s “insular political culture.”

Still, what happened in Wisconsin should be taken as a cautionary tale, proving that it’s more than possible for a relatively small minority to gin up enough support to force a politically motivated recall — even on a statewide level. Los Angeles provides yet another ominous sign: Citizens there recently tried to recall a city councilmember for his elimination of traffic lanes — an offense hardly worthy of capital punishment.

The worst part about a culture of recall elections may be the unintended consequences that develop down the road. For the average citizen, political engagement is a finite resource. And America’s abysmal voter turnout is already indicative of a politics in which the public feels voting is unimportant. Unwarranted recall elections could only exacerbate that trend — providing a tangible piece of evidence that people’s votes (their original ones, anyway) really don’t matter in the end.