“It is well past time that a new generation of Philadelphians finds a seat at the table in the most powerful institution in our city,” says the 35-year-old North Philadelphia native. 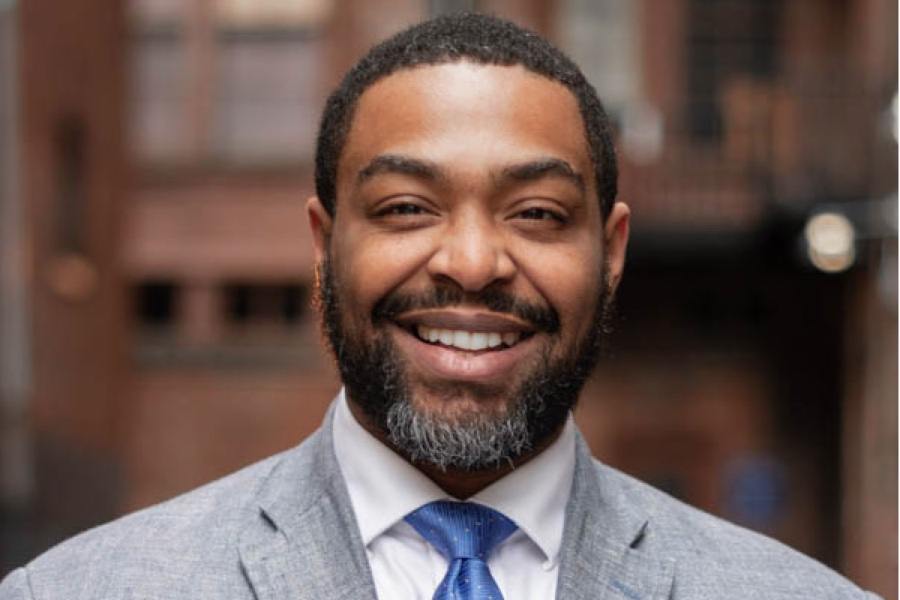 After years of working in the public sector, North Philly native Omar Woodard has officially announced his bid for City Council. The progressive millennial, who previously served as the executive director of the Greenlight Foundation, is challenging longtime City Council president Darrell Clarke in the 5th District. Once described as “the guy many wish would run for public office,” Woodard speaks exclusively to Philadelphia magazine on why he’s finally running and how his campaign will “put the power where it belongs.”

Why are you running?
I am running for City Council to turn deep poverty into prosperity for the nearly 50,000 people in 5th District households living on $250 a week. Deep poverty affects an additional 150,000 people across Philadelphia. This is a crisis, and our community urgently demands real action from our elected leaders. I believe that property does not define the value of a neighborhood, its people do.

This candidacy is not about me — it is about elevating the community where I have spent most of my life. I was raised in North Philly — 15th and Lehigh, and 28th and Allegheny — and attended Girard College, and now I live and work in the 5th District. Before and after both of my parents were incarcerated, I experienced firsthand what too many families in our communities struggle with every day. As 5th District Councilperson, I will bring that lived experience to City Hall and dedicate my public service to ending generational poverty in North Philadelphia.

You’re running against longtime City Council President Darrell Clarke. What makes your platform different from what he’s been proposing while in office?
My platform is rooted in reigniting investment in the 5th District for its residents, where the poverty rate is higher today than it was 40 years ago, sitting at 36 percent. Since 2011, I’ve focused on economic mobility initiatives in partnership with local, state, and federal governments to invest in social enterprises and nonprofits through venture philanthropy, utilizing sometimes minimal capital to invest in critical causes. This cross-sector background is exactly what we need in City Council to collaborate across the business, philanthropic, and nonprofit sectors to create growth and change in my community.

I deeply respect and admire the Council president’s nearly 20 years as an elected public servant to the City of Philadelphia, including his nearly eight years as City Council president, but this race isn’t about me or the Council president, or any other candidate, but about the ideas we have to improve the lives of the people we are running to represent. That is why I encourage everyone in this race to participate in a series of debates about the future of our neighborhoods that put our ideas at the forefront of this campaign.

You’ve had a career in nonprofit/public service. How has this experience shaped your viewpoint on serving Philadelphians as an elected official?
Having spent most of my professional life in nonprofit spaces, my mission has been to help children, youth, and families succeed on their own terms. We don’t work in this space for personal gain — we do it to serve others. Many have often felt that they don’t have a voice or their voice isn’t generally valued, and my role has been to work with people affected to identify the challenges they’re facing and empower them to work together.

Putting community needs at the center of everything we do in City Council will be my priority as an elected official. A well-known phrase in the social sector is “Nothing about us without us.”

If elected, you’ll be the only district councilperson under the age of 40. How do you think millennial representation will affect Philly politics?
I think having a broad range of views in any legislative body is hugely beneficial, but I am not running to be a “millennial councilperson.” I am running to be the councilperson for the 5th District. It is undeniable, however, that I would bring certain life experiences that are currently missing on Council.

As someone whose formative years took place in the 1990s and 2000s, I have seen firsthand the effect that soaring levels of gun violence in schools has had on myself and my peers. I have witnessed how rising levels of college debt entrap some of the brightest young minds in our city. I can relate to the frustration felt by many that government is more concerned about the needs of the wealthy rather than those of everyday Philadelphians.

It is well past time that a new generation of Philadelphians finds a seat at the table in the most powerful institution in our city, and I think that new perspective will change how we approach problems that are relevant to all of us in a positive way.

There has been an unprecedented number of challengers running against incumbents for City Council in this primary. Why do you think this is happening, and how does your campaign plan to embrace such change?
Again, I’m not looking for this race to be framed as Omar Woodard vs. Council President Clarke. Rather, this is a campaign around the ideas we have on how to make the lives of those who live in the 5th District better.

Currently there is a feeling that our politics lack a clearly articulated vision and direction for the city, and it leads to people feeling increasingly uncertain about the future. This campaign will be about listening, learning, and organizing around a brighter vision for our shared future together. Over the next 80-plus days, we will build a movement in the 5th District to end generational poverty and put the power where it belongs — in the hands of our communities.