The former Trump adviser and Brexit provocateur will give a talk on China and economic nationalism, sponsored by the World Affairs Council. (No word on any protests ... yet.) 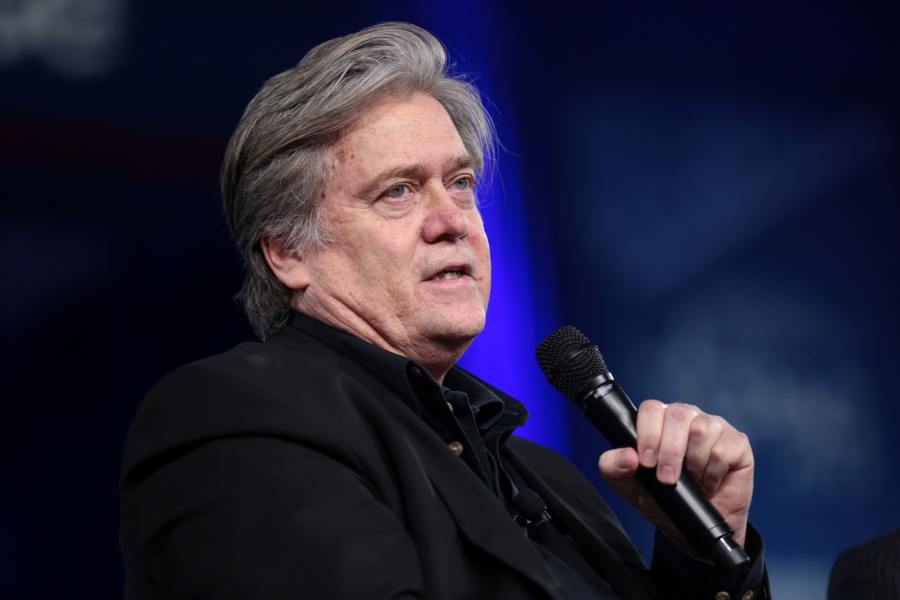 Steve Bannon will speak in Philadelphia on January 15th. | Photo by Gage Skidmore via Creative Commons

Steve Bannon is coming to Philadelphia.

Bannon — President Donald Trump’s former White House chief strategist, onetime executive chairman of the “alt-right” Breitbart News, and probably one of the most divisive humans alive today — will give a private talk, “America Fights Back: Our Economic War with China,” on January 15th at the Loews Philadelphia Hotel.

The event will be hosted by the World Affairs Council of Philadelphia, a nonprofit, nonpartisan educational organization that last year hosted events with speakers like #MeToo founder Tarana Burke and former Secretary of State, presidential candidate, and senator John Kerry. According to its website, the organization aims to inform and engage the greater Philadelphia community “on matters of national and international significance” by providing “access to influential figures in the global arena.”

The nonprofit encourages both supporters and opponents of Bannon to attend the event, which it calls “a unique opportunity for a personal experience” of “one of the most controversial and consequential polemicists of our time.”

“Bannon’s views on ‘economic nationalism,’ seen by some as race-baiting, and ‘populism,’ seen by critics as authoritarian, have had, and are having, global reach and impact,” the nonprofit’s event description reads.

Bannon has long maintained that China poses an economic (and more recently, military) threat to the U.S. The New York Times reported in early December that after leaving the White House in August 2017, Bannon met dozens of times with Guo Wengui, a fugitive billionaire on China’s most-wanted list. Guo, a critic of Beijing, has been accused of bribery, fraud, and money laundering and is seeking political asylum in the U.S.

Guo told the newspaper that he and Bannon had “become partners” because they “both naturally despise the Chinese Communist party.” The Times also reported that the duo is “effectively calling for the overthrow of Beijing’s leadership.” So that might give you an idea what to expect of Bannon’s speech later this month.

A reception for the event, as well as a cash bar, will open at 5:30 p.m. The program will begin at 6 p.m. and conclude at 7:45 p.m. It will feature remarks from Bannon, followed by a “probing” interview with World Affairs council president Craig Snyder, and then a Q&A with the audience (read: your chance to air your thoughts).

Tickets cost $40 for members, $55 for the general public, and $5 for “young friend” members and students. You can find them here.

No word yet on any protests planned for Bannon’s visit.