And you have to see the heartwarming video. 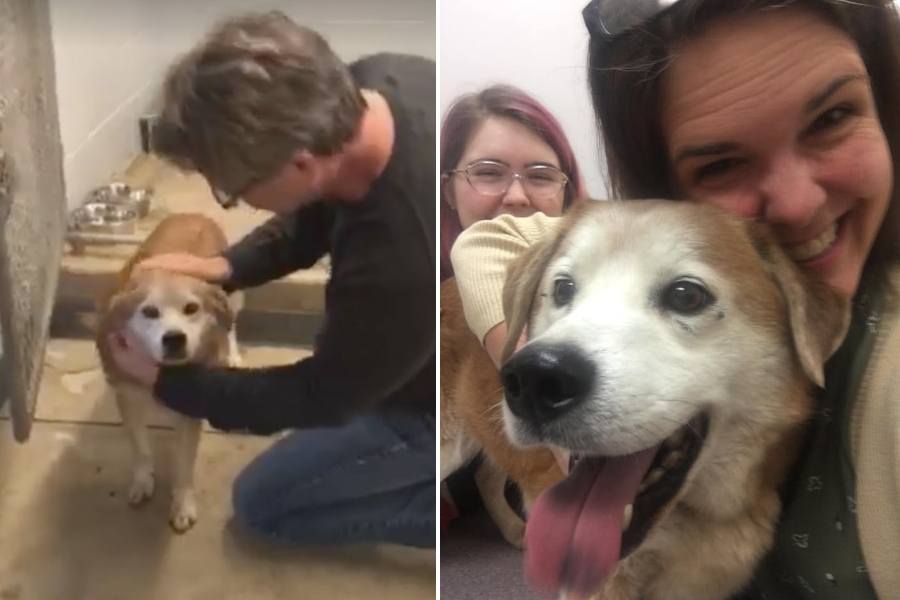 It’s a holiday miracle: After more than a month of roaming the streets of Philadelphia and the Main Line, a lucky, happy pup has been reunited with his family.

Eleven-year-old husky/beagle mix Eddie went missing on October 27th, when he accompanied his family to the Philadelphia Museum of Art area for the Light the Night charity walk.

Julie Butler, 43, said she, her husband and her children traveled to Philly from their hometown of Landsale to support her coworker who had just been diagnosed with Leukemia. And since dogs were allowed at this walk, the family brought Eddie along.

Everything went smoothly, at first. But then came the fireworks. Eddie panicked, frightened of the noise, slipped out of his collar and was gone. Immediately, Butler said she started “shaking and crying.”

“We searched for hours and hours, but there was absolutely no sign of him,” Butler said.

Almost every morning since, Butler said she and her husband got up around 3:30 a.m. to drive from Lansdale to Philly, where they posted and shared flyers in every neighborhood where they thought Eddie might be lost.

They also amassed a team of supporters online, including Dawn Timmeney from FOX 29, after creating a Facebook page called “Bring Eddie Home.” But for more than five weeks, no luck.

“We didn’t have any leads at all,” Butler said. “We started to panic, thinking he had fallen into the river or someone had taken him, and they were miles and miles away. Then my husband got a call.”

On Tuesday in Bala Cynwyd, more than six miles from where Eddie disappeared, a good samaritan named Andrea Nahmias Sergio saw a photo of a dog someone had found in her neighborhood posted to her local community Facebook page. After thinking the pup looked familiar, it clicked: It was Eddie.

She’d seen and shared information about him more than a month ago, when he first went missing. She quickly got in touch with Butler, whose husband, Rick, went to pick Eddie up from the local shelter, where he’d been dropped off.

“I was at work with my coworkers [when she heard from Sergio], and a lot of them were there with me when I lost him,” Butler said. “Everybody in the office cheered, and I started crying and crying.”

As of Tuesday night, Eddie was home and sleeping on his favorite bed. Butler said she was “totally ecstatic,” and the whole family, including their three children, came home to see him as soon as they could.

Butler said the vet checked out Eddie and found him to be healthy — though he did lose 14 pounds.

Of course, he got a steak dinner on his first night home.