The alleged attack occurred on November 17th near the “We the People” rally. 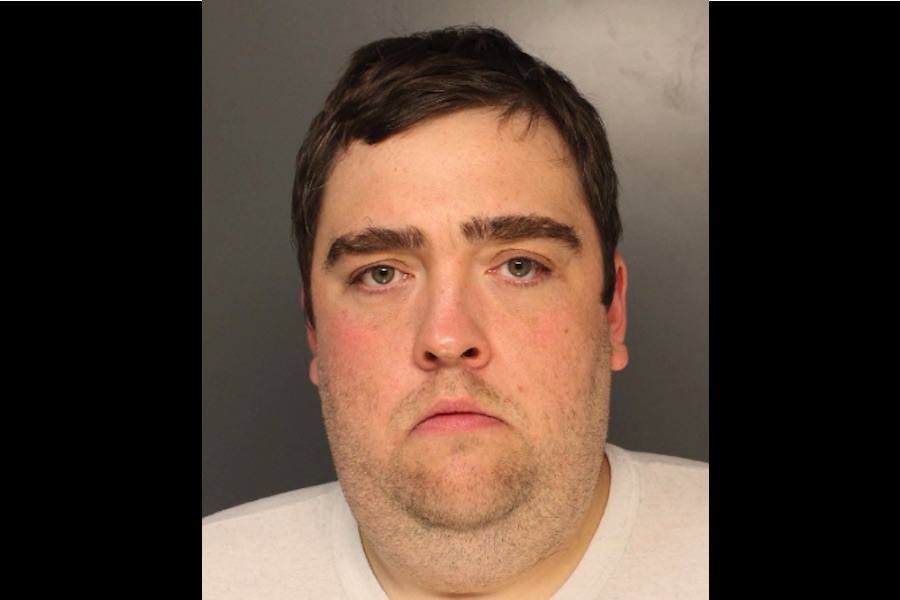 Tom Keenan in his Philadelphia Police Department mugshot. Keenan has been called the head of Philly Antifa.

Last week, we told you that the Philadelphia Police Department was asking for the public’s help to identify a group of people who allegedly attacked United States Marine Corps reservists in Old City, and now police say they have one suspect in custody: Tom Keenan, who has been associated with Philadelphia’s antifa movement.

Investigators say that a group of men and women maced, punched, kicked, and robbed the reservists near Front and Chestnut streets on Saturday, November 17th, around 3:20 p.m., just down the street from the controversial “We the People” rally. The group allegedly called the reservists “Nazis” and “white supremacists.”

Police released a video last week that showed three of the suspects, explaining that the video had been recorded near the rally earlier that day:

According to police, Keenan, a 33-year-old Mount Airy resident, turned himself last week.

He has been charged with two counts each of criminal conspiracy, aggravated assault, terroristic threats, simple assault, and reckless endangerment. Keenan, who was not charged with robbery, was released on bail and is scheduled for a preliminary hearing on December 6th.

A spokesperson for the Philadelphia Police Department says that the case is still open and that they continue to investigate the other suspects. Police have not released the identities of the accusers, and it is unclear whether they participated in the “We the People” rally or the counter-protest in any way.

It is believed that antifa, an anti-fascism movement, has no real structural organization or leadership, but Keenan has been termed a “leader” or “member” of the Philadelphia antifa contingent by various blogs and alt-right outlets, and there are YouTube videos that purport to show Keenan participating with antifa activists at various events, including the 2017 Charlottesville “Unite the Right” rally.

In 2007, Keenan was arrested as one of the so-called “Love Park 4” after an incident involving a purported Ku Klux Klan rally in the well-known park near City Hall. He was charged with criminal conspiracy, institutional vandalism, resisting arrest, and criminal mischief, among other offenses, and eventually made a plea deal, pleading guilty to one summary offense of disorderly conduct, while all other charges were withdrawn.