Basically, Nobody Has a Clue How Much Snow We’re Getting Today

But that’s not stopping dozens of schools from closing early. 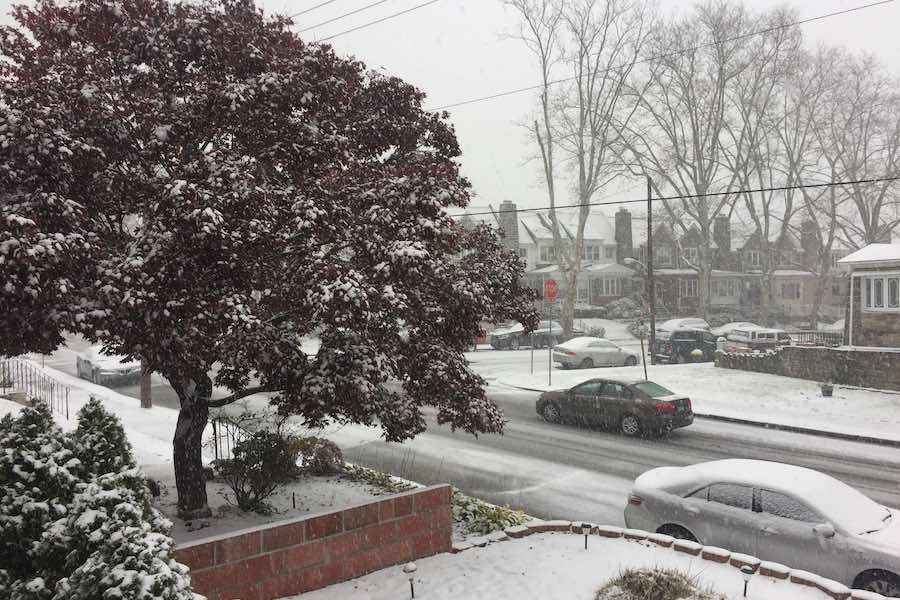 Snow in Philadelphia on Thursday morning.

With the official start of winter still more than a month away, Philadelphia is getting its first taste of winter weather on Thursday. The snow began falling mid-morning, and it remains to be seen exactly how much we’ll be getting.

Around 11:30 a.m., it certainly looked pretty ominous outside, with lots of big flakes coming down hard and sticking to surfaces.

“Heavy swirly doom,” is how one Philly Mag editor put the sight outside his window. “And the sky has that long storm look.”

“Looking like a snow globe outside my window right now,” tweeted 6ABC weather maven Cecily Tynan just before 10:30 a.m. “I can’t believe I was waterskiing two weeks ago today!”

As for actual snowfall predictions, they are all over the map, depending on where you look, and it seems like nobody really has a clue how much snow we are getting today.

On Thursday morning, Weather.com went from a call of one to three inches of snow for Center City to a prediction of five to eight inches and then down to three to five inches, all in the matter of two hours. Meanwhile, the National Weather Service downgraded its snow prediction from up to two inches to up to one inch.

And yet, local schools are closing early due to our tendency to fear for the worst when it comes to snow in Philadelphia. Dozens of schools all over the region have announced early dismissals, including those in Lower Merion, Cheltenham Township, and Abington.

Heck, the folks at Central Bucks School District — the third-largest school district in all of Pennsylvania — didn’t even bother opening the doors to their 23 schools today.

Other than the question of how much snow Philly will get by the end of the day, there’s one other question remaining: Will there be any bread or milk left at the Acme?